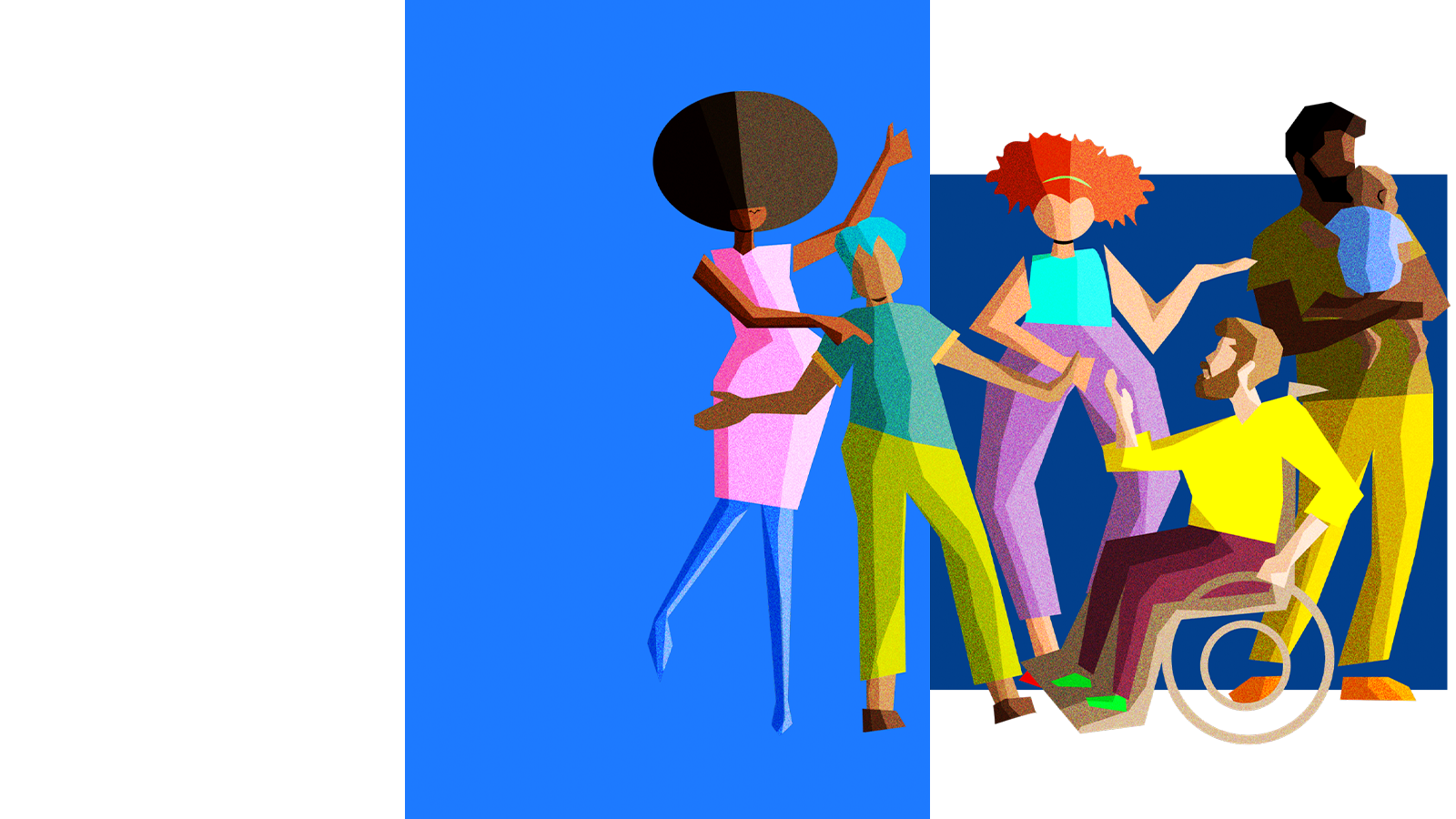 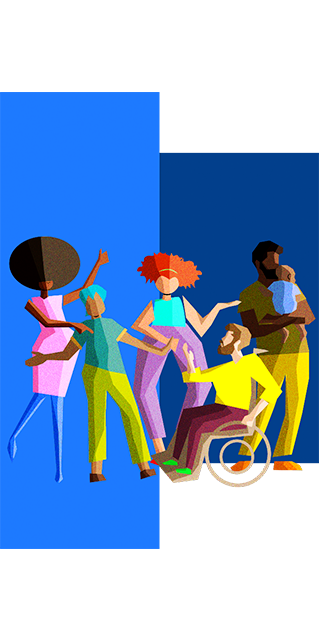 COLLABORATING WITH OUR PARTNERS 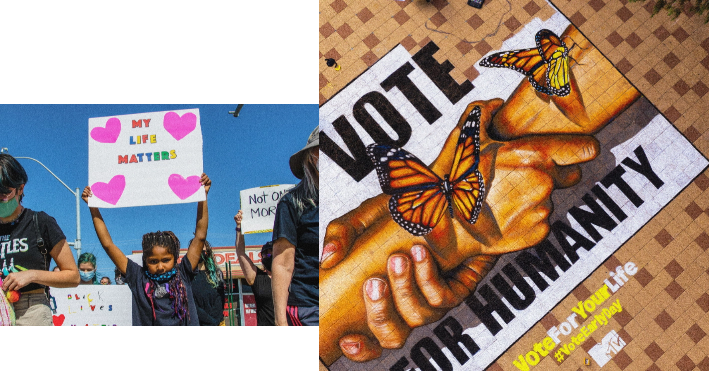 We are proud to partner with several women’s advocacy organizations, including the Geena Davis Institute on Gender in Media, which works collaboratively within the entertainment industry to create gender balance, The Female Quotient and ColorComm, organizations that help women advance and thrive in the workplace, and the Women’s Sports Foundation, which enables girls and women to reach their potential in sport and life. Paramount and our Women+ ERG also support a host of organizations that serve women and families, such as Girls Inc., Good Sheppard, Hestia (UK) and Safe Horizon, an organization that helps women and children affected by domestic violence. For Women’s History Month 2021, Women+ assembled care kits that were distributed to Safe Horizon along with notes of empowerment for its clients.

Paramount partners with a wide range of organizations to ensure diversity is visible in our content. 21CP Solutions, a noted law enforcement and public safety advisory group, consults with the writing teams on CBS’ police, crime and legal drama series. In addition, CBS Studios and the NAACP forged a multi-year partnership to develop and produce scripted, unscripted and documentary content for linear television networks and streaming platforms.

We also partner with professional organizations to provide employees with training, leadership development, and career-pathing strategies. Our partners in this effort include the National Association for Multi-ethnicity in Communications (NAMIC), Management Leadership for Tomorrow (MLT), Women in Cable Telecommunications (WICT), the Association of Latino Professionals For America (ALPFA), and ADCOLOR, an organization that champions inclusion in the creative industries.

We partner with and support organizations that promote equality, understanding, justice and leadership. During the spate of attacks against Asian American and Pacific Islander communities in 2021, we supported StopAAPIHate.org, and our AMP ERG worked with groups such as CAPE, an organization that champions Asian American and Pacific Islander artists and leaders in entertainment and media. Our enduring work with groups such as Asia Society, National Action Network (NAN), the Urban League and the NAACP Legal Defense and Educational Fund was pivotal during and following the social justice and police brutality protests after George Floyd’s murder in 2020. We also continue to partner with and support the Temple Emanu-El Streicker Center, the Congressional Black Caucus Foundation, the Congressional Hispanic Caucus Institute,the Asian Pacific American Institute for Congressional Studies (APAICS) and RespectAbility. During Black History Month in 2021, the BEAT+ ERG partnered with RespectAbility for an event that explored Black disability representation in media.

We are proud to have strong relationships with organizations at the forefront of advocating for the LGBTQ+ community. Since 2005, we have been recognized annually by the Human Rights Campaign with a 100% score on its Corporate Equality Index for our unyielding support of LGBTQ+ employees. GLAAD, the LGBTQ+ media advocacy organization, has honored our content on many occasions, including “The L Word®” on Showtime and “Star Trek: Discovery” on Paramount+. We've also been an active GLAAD #Spirit Day participant for several years and, in 2020, Showtime launched “Queer to Stay: An LGBTQ+ Business Preservation Initiative” to support and preserve businesses serving the LGBTQ+ community, with a focus on LGBTQ+ people of color, women and the transgender community. Paramount and our Proud ERG work with LGBTQ+ groups like GLSEN, The Trevor Project and Stonewall (UK). 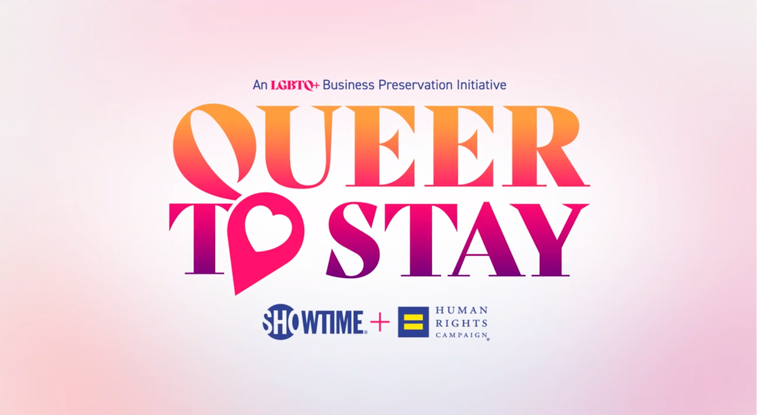 WORKING WITH PARTNERS AROUND THE WORLD

Our commitment to equity shows up globally, and we're were pleased to have signed on to Business in the Community Race at Work Charter, Disability Confident, and Audeliss and INvolve’s open letter regarding Black Lives Matter in the U.K. Our Channel 5 in the UK is a member of Creative Diversity Network’s Project Diamond (CDN), a diversity monitoring system that aims to help broadcasters and producers increase the diversity of those working on- and off-screen in the TV industry. Channel 5 is part of project Diamond and Maria Kyriacou, president of U.K., Northern and Eastern Europe served as Chair of the CDN in 2020. In November 2020, Paramount Australia and New Zealand launched its inaugural Reconciliation Action Plan to further its multipronged commitment toward reconciliation with Australia’s First Peoples, including in the media.

MTV Staying Alive Foundation launched in October 2021 the results of a ‘Decade of Impact of MTV Shuga’, the sex-edutainment series, and announced the findings from two new research studies by the London School of Hygiene & Tropical Medicine (LSHTM) in South Africa, and an evaluation in Nigeria by the Tulane University. Together, these studies show that MTV Shuga viewers are more likely to use condoms, more likely to test for HIV, and are more likely to have positive perceptions around gender-based violence.

Here are just some of the organizations we work with.

The totality of our commitment to diversity, equity and inclusion covers not just what we present on screen and behind the scenes, but also extends to the providers of the goods and services we use to make our great content, and even to the companies they contract with. From craft and security services to transportation, from makeup artistry and stunt work, to extras and electronic equipment, and every other aspect of our creative cycle, Paramount is committed to ensuring that diverse suppliers—including businesses owned by minorities, women, LGBTQ+, veterans, and people with disabilities—are considered to compete for contract opportunities within our supply chain. We continue to increase our engagement with minority and women-owned business enterprises (MWBEs), including Black and minority-owned banks and professional services firms, to both drive business results and address the systemic and economic inequities faced by these organizations.