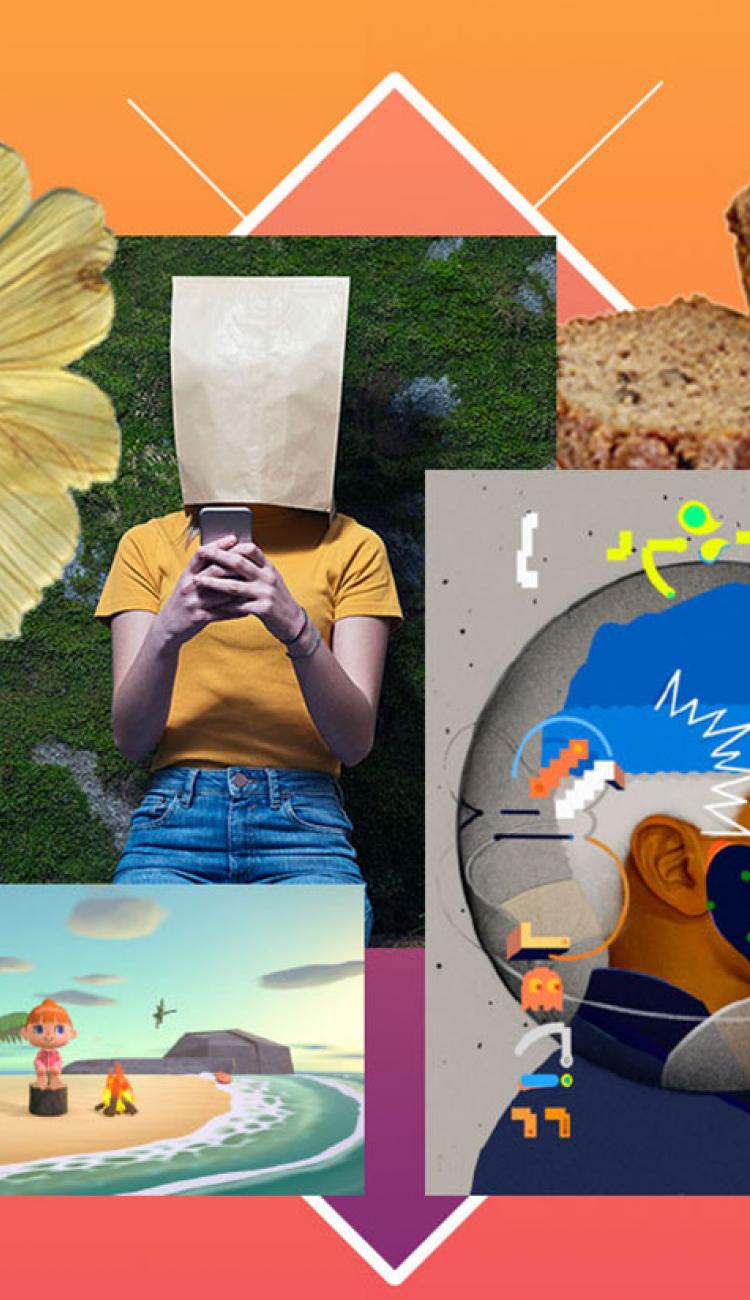 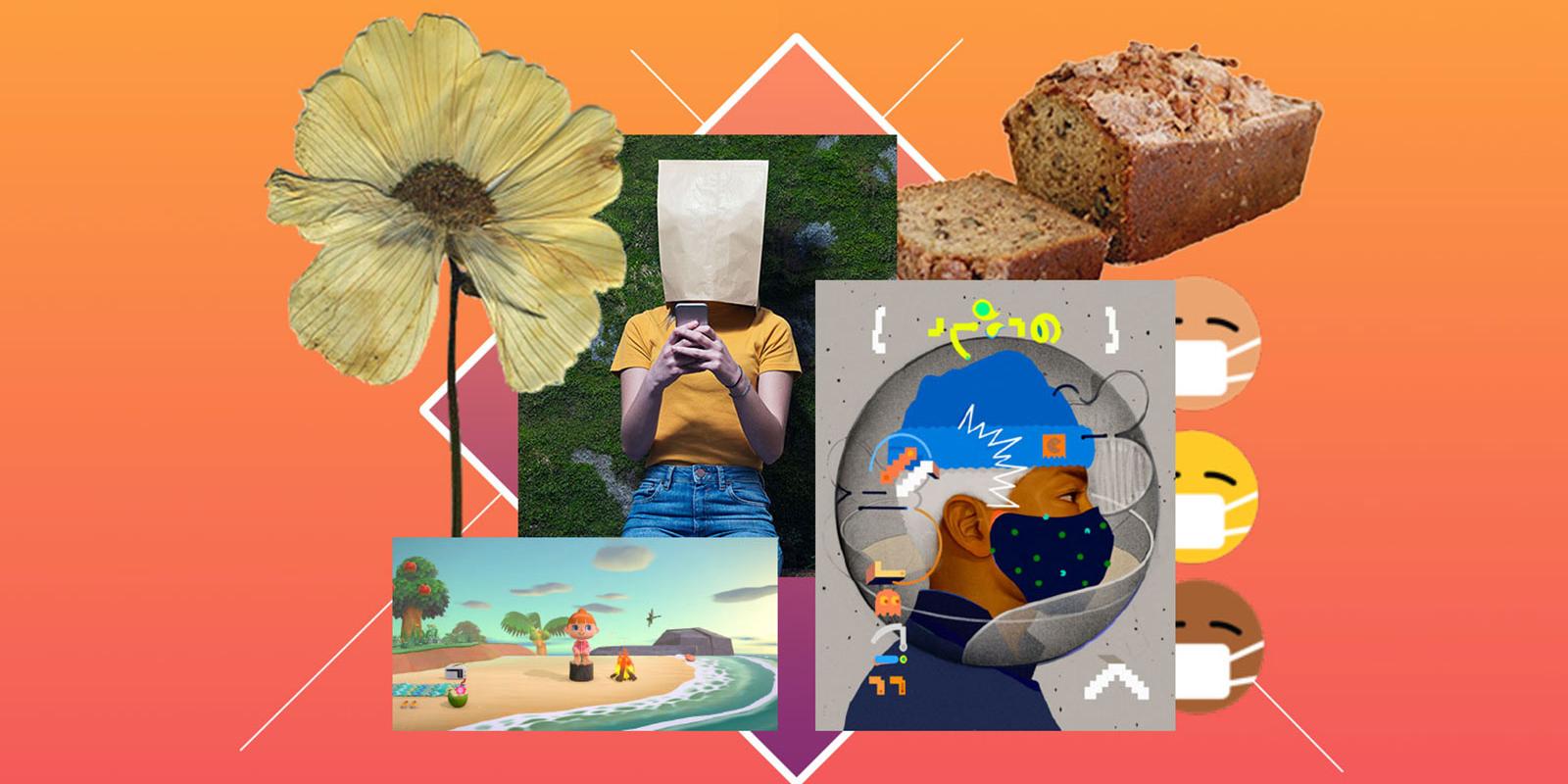 Our growing addiction to social media is coupled with more time spent online during COVID-19.

Culture+ is an editorial series that looks at trending topics and events with an eye toward what they reveal about our shifting culture. Culture+ Trends is a special installment of the series, where we break down the macro-trends that impact our audiences and businesses.

In Extremely Online, we examine the combination of our growing addiction to social media and smartphones with the unavoidable need to be online to remain connected amid COVID-19 quarantine restrictions.

Our new normal means being online, all the time. Work and school are remote, social hangouts and dinner parties are online, and concerts and museum tours are virtual.

This trend of being Extremely Online has manifested in two ways: one as a way to connect and another as a means of escape. According to youth market research company YPulse, 87% of young people were self-quarantining as of May 2020 and seeking an outlet for socializing. Services like Zoom, Houseparty, and FaceTime are used to see friends and family through a screen, as well as to meet co-workers and classmates in virtual meeting spaces. One month after stay-at-home orders went into effect in New York City, Zoom recorded 300 million daily participants on its service. At the end of April, Fortnite announced that more than 12 million people attended a virtual concert held by Travis Scott on the platform.

The need for escape is driven by changes in mood and circumstances. According to YPulse data, 13-39 year olds report feeling cautious, anxious, scared, and annoyed. As a result, games like Animal Crossing that provide an escape witnessed a surge in popularity since COVID-19 became a part of daily life. And, escapist social media pages and accounts like “A Group Where We All Pretend To Be Boomers…” and the Bored Elon Musk Twitter account reveal that sometimes, people just want to pretend to be someone else for the fun of it, and to get their mind off the chaos that is happening in the world around them.

“People are desperate for connection to communities, period. It can't happen in person, like never before—and it was so abrupt,” says Dr. Gail Saltz, an associate professor of psychiatry at the New York Presbyterian Hospital, Weill-Cornell Medical College and host of the “Personology” podcast from iHeartRadio. “If anything, people are now fearful of their community because they're going to catch something and maybe die. If you think back evolutionarily, community was everything, and I think it still remains everything. If you can't have an in-person community, there's going to be a search for it in any way that you can.”

The sudden onset of self-quarantining and social distancing left many people craving human connection, with no other choice than to find that connection online. Video conferencing apps and online chat communities are becoming more popular than ever. Texting, tweeting, and reddit-ing were already commonplace, but now people are engaging in all three more than ever.

The social media video conferencing app, Houseparty, which is mainly used on smartphones and has in-app games, had 50 million sign ups in March—about 70x the app’s typical amount in some markets. Virtual events like Scott’s Fortnite concert or DJ D-Nice’s Club MTV Dance Party were new ways to offer that connection and experience for which people have been longing.

For Elena Diaz, SVP of talent and series development for MTV and VH1, providing an answer to that longing was why the network decided to bring in DJ D-Nice to its live and at-home version of Club MTV Presents. After DJ D-Nice’s success in bringing people together on Instagram Live for his DJ sets, the network tapped him to collaborate on Club MTV Presents: #DanceTogether with D-Nice, a virtual party across the MTV digital and linear platforms for one night only.

“It felt refreshing to just see people dancing and letting loose in an intimate way,” Diaz told the ViacomCBS Newsroom. “There was something about this party and doing it through the club MTV lens on TV that allowed you to feel a level of intimacy that went even beyond Instagram.”

Candida Boyette-Clemons, vice president of alternative programming for the ViacomCBS Entertainment & Youth Group, feels the DJ D-Nice experience allowed fans to let loose and be more comfortable in their homes than they might feel on a public dance floor.

Virtual events may not be a permanent solution to IRL events. “I think that most people would tell you that being at something on your screen does not at all have the energy of being at a concert in person,” says Saltz. “People long for emotional transformation. And that's what those events provide, to be swept up in an emotional high of some sort. We're wired to want that and once we have a vaccine, I think those things will come back.”

An Outlet To Escape

Over the past few months, people have taken the term “larping,” or live-action role-playing into the digital realm by creating fake online personas that they use to navigate the internet and games such as Fortnite, Animal Crossing, and social media sites like Facebook and Twitter. With countless people confined to their homes, there’s a continued need to escape from the additional noise, responsibilities, and anxiety that comes with the COVID-19 pandemic.

“A Group Where We All Pretend To Be Boomers” is just that. It’s a group of more than 280,000 users that chat on Facebook completely as someone from the Boomer generation. Some of the posts read: “Those damn millennial! When I was their age, I was making 0.25$ while piling coal,” or “TOM IS DIVORCING ME” in all capital letters.

“I think a lot of people find comfort in mentally being somewhere else,” says Cheyanne, one of the group’s moderators who only wanted to go by her first name. “We spend 24/7 with ourselves, a little break from it can be rejuvenating.”

James Flemming, the “Farmers and Cows” page moderator told the Newsroom that millennials and the generations after them formed their identities alongside the internet and this group provides a simple spin on what version of yourself appears online.

“We can project our true selves and our true values online better than we can to others in real life, especially family, who many kids feel the need to hide parts of their ‘selves’ from. This is a simple spin on that idea: on the internet, no one knows who you are,” Flemming says. “It’s easy and fun to switch roles and pretend to be someone you’re not, or engage in ways different than you normally would. Role playing online has always been a huge hobby, this just kind of mainstreamed the platform.”

Farming and animals are also the main theme in the game Animal Crossing for Nintendo Switch, which dominated the cultural conversation in the weeks following the COVID-19 outbreak in the U.S. This simple game, where users occupy avatars and complete everyday activities like foraging for fruit, fishing, and creating and decorating a home. The game follows in the footsteps of The Sims, which also allowed people to do seemingly common activities but through a screen.

Saltz says this form of escapism and down-to-earth activity is just another expression of what’s missing in many people’s lives right now.

“There's going to be a desire for adventure within, but there's also a desire for normalcy, which we don't have now,” she says. “And maybe that’s being an animal doing normal everyday normal things, that doesn't surprise me either because there is a desire for return to normal, but it's not really possible at the moment.”

As some countries begin to reopen, including parts of the U.S., the question remains as to how life will look once there’s a vaccine and a safe way to experience life as many of us once knew. Will we continue to live our lives through an LCD screen? Or, will we ditch the smartphone faster than before as hugs and parties become a mainstay once again? 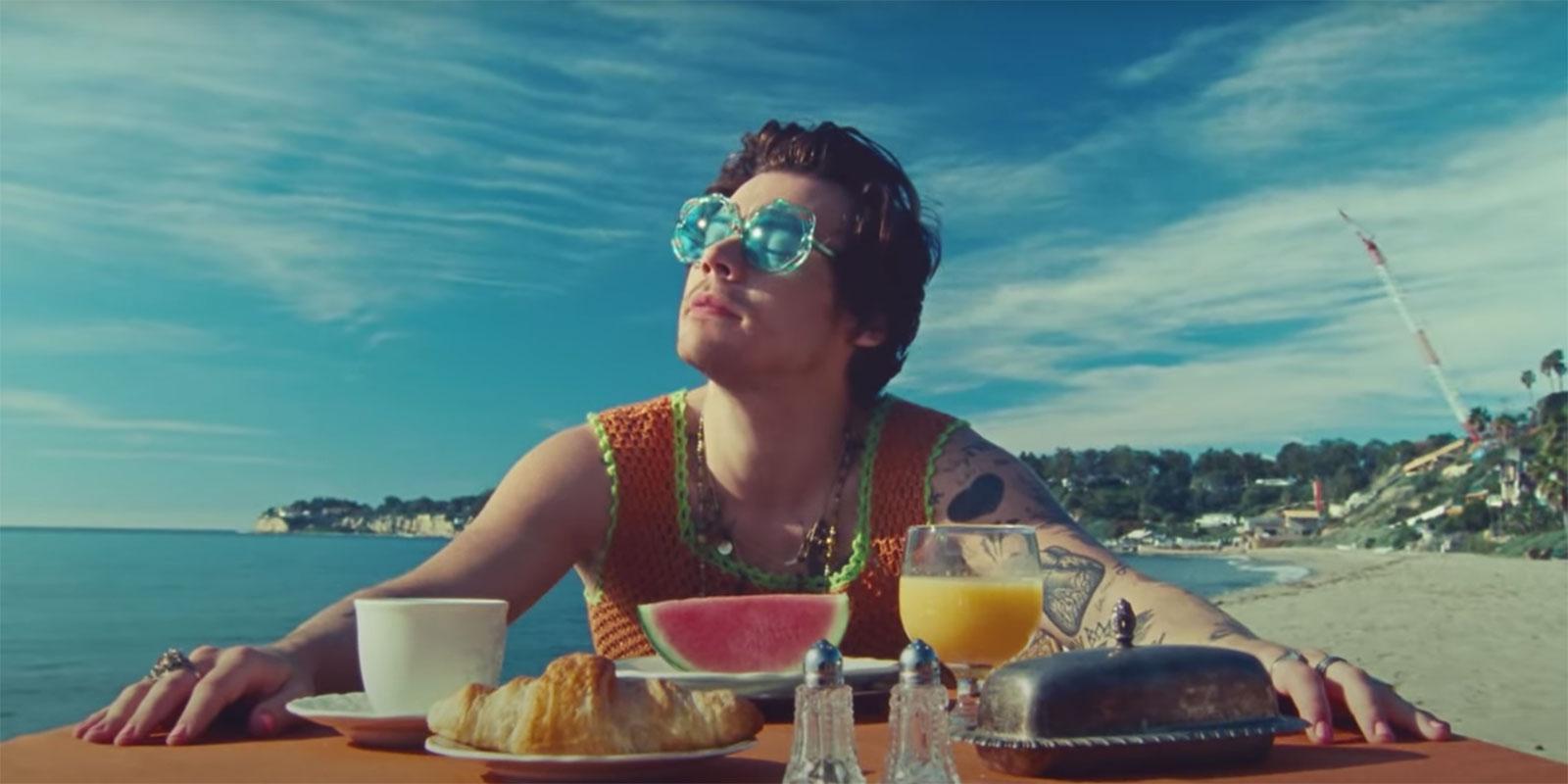 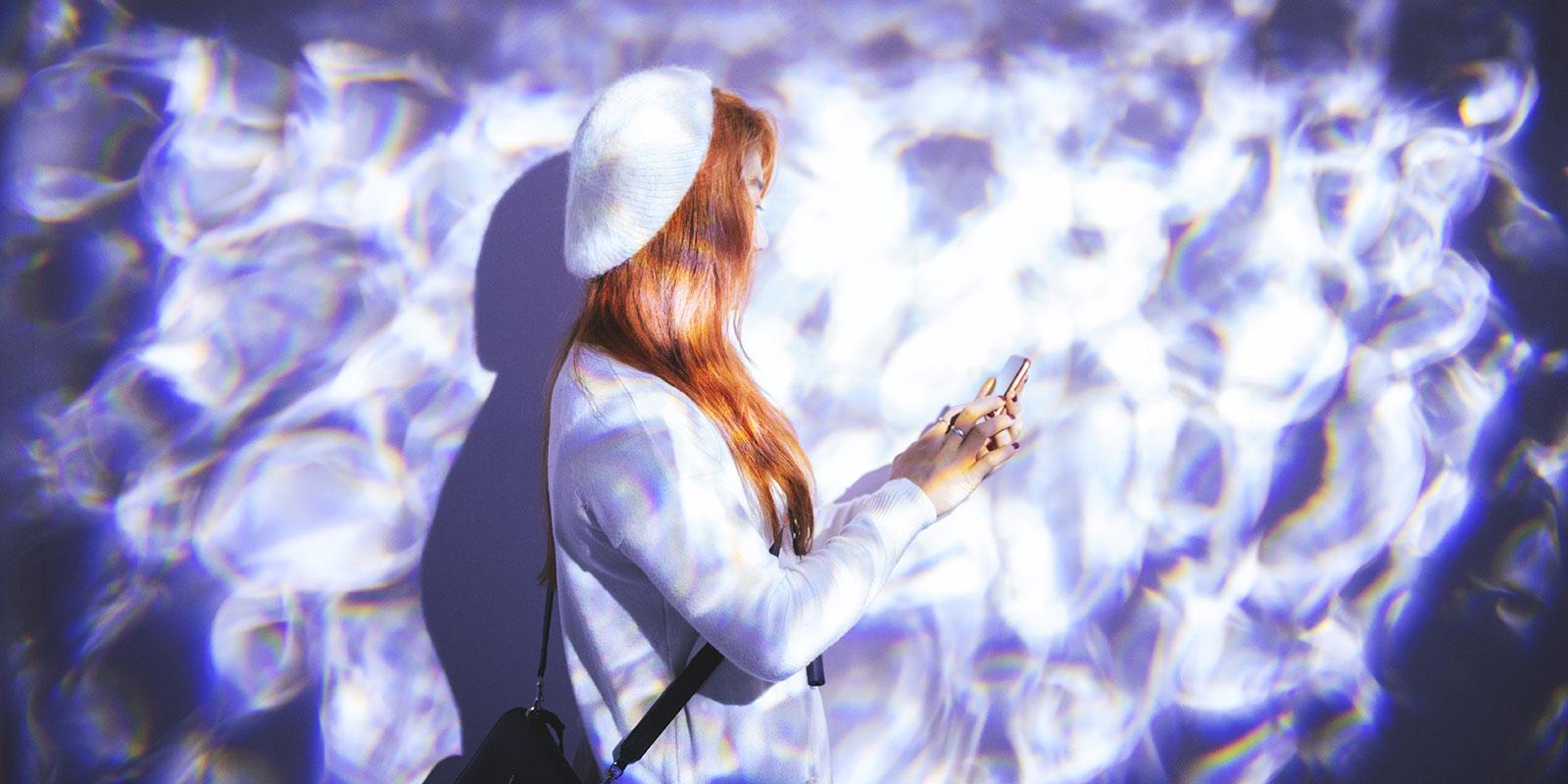 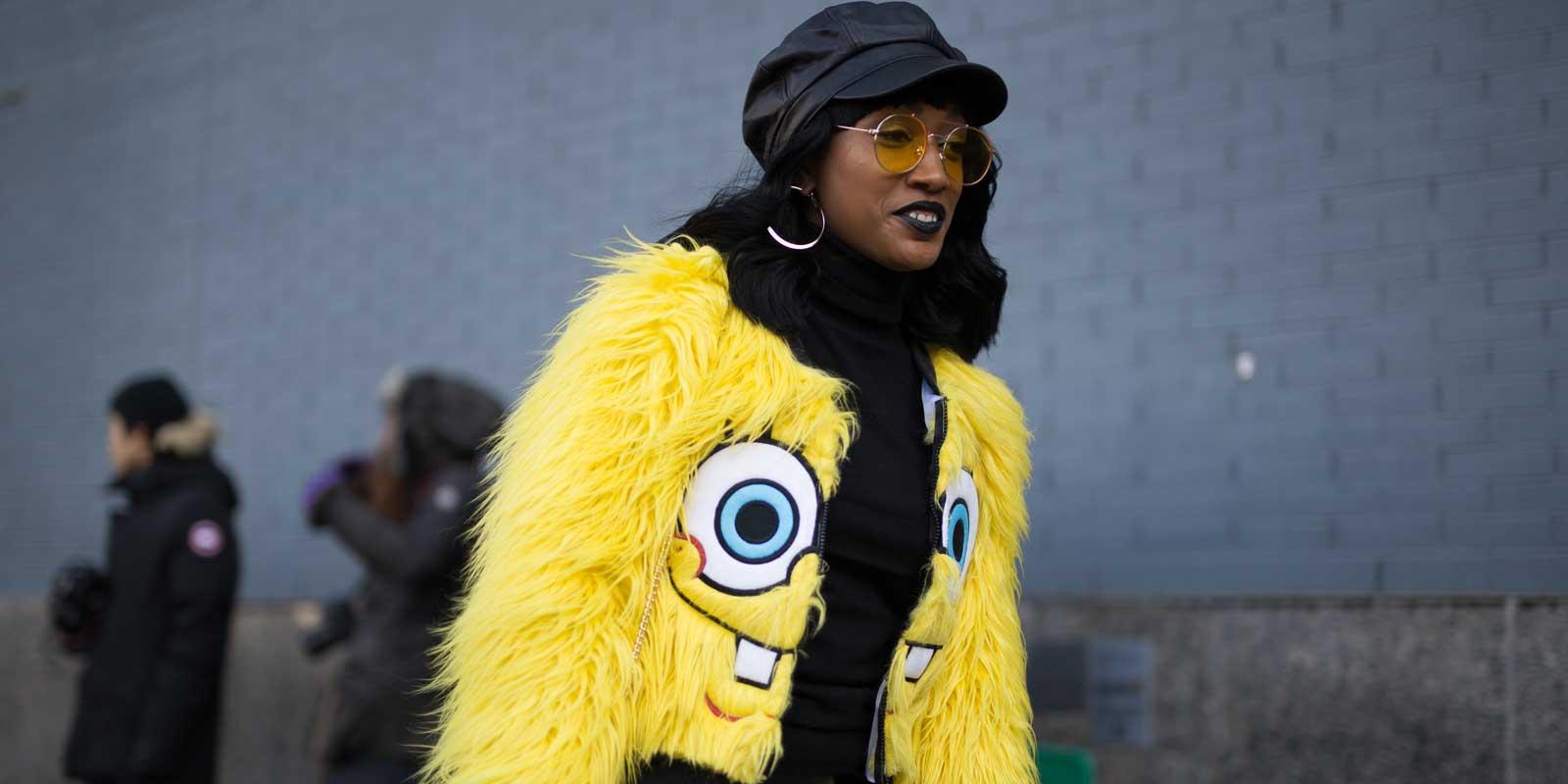