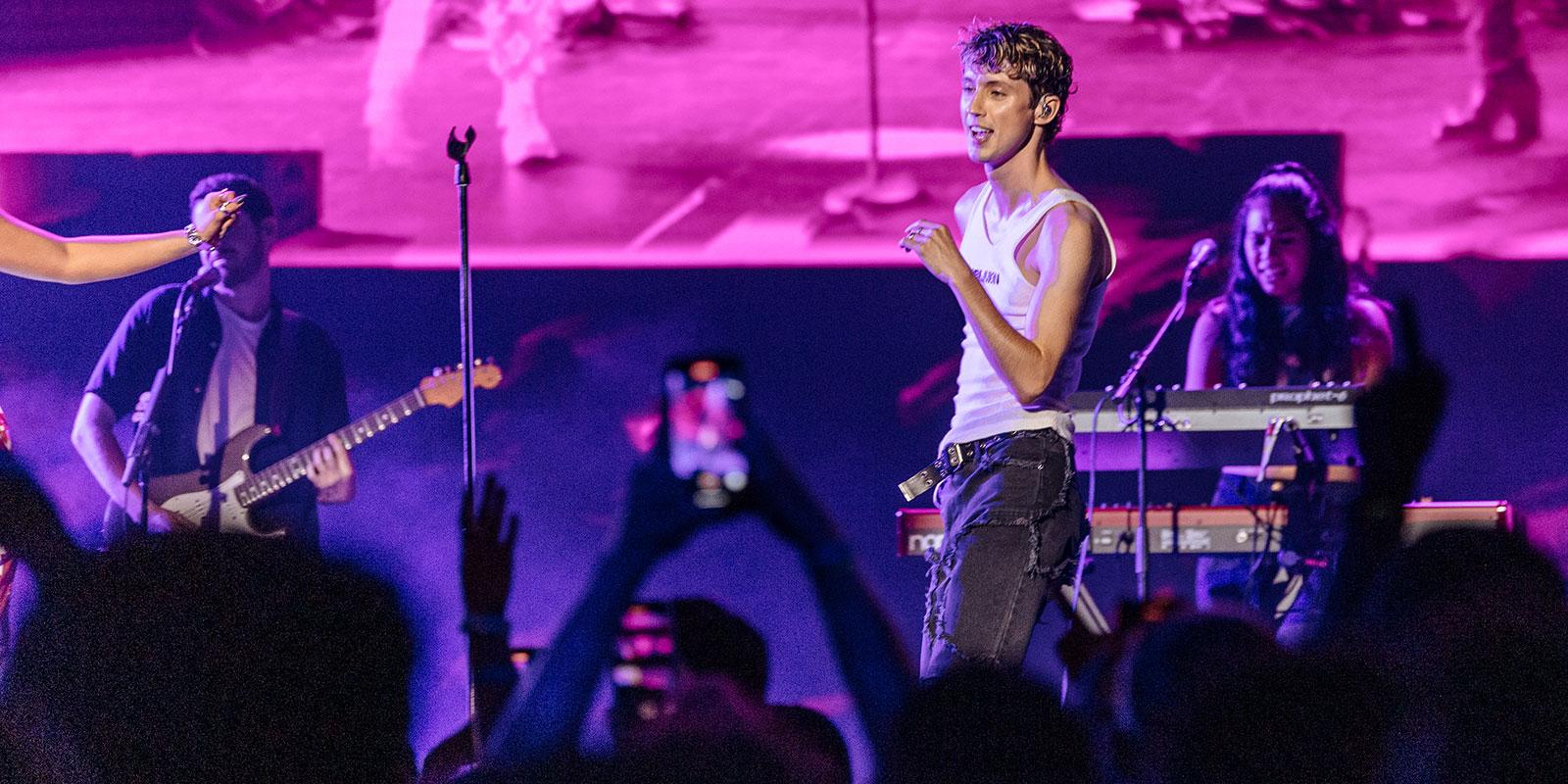 To celebrate the return of live music and connecting with others, Extra worked with Velocity, ViacomCBS to spotlight Troye Sivan and the LGBTQ+ community in a VMAs ad campaign.

When the MTV VMAs kicked off at Brooklyn Barclays Center on Sept. 12, it was a nod to the return to live music and live events. With its “Fresh Start” campaign, Extra Gum wanted to celebrate that re-emergence with Troye Sivan.

As part of the Extra campaign, Velocity, ViacomCBS' branded content studio, put on special show from Sivan for fans at Terminal 5 in New York City a few nights before the VMAs. It was a way to connect with his fan base after a hiatus; Sivan hadn’t performed live in more than two years due to the COVID-19 pandemic. Velocity also produced long form content that aired during the VMAs broadcast, featuring Sivan and his diverse, LGBTQ+ fans.

"Troye is very outspoken in the LGBTQ+ community and knowing the stats around the LGBTQ+ community having an even harder time being isolated and disconnected from the things they love during the pandemic, this was the perfect bridge for Extra to tell the story that live music is back with a prominent LGBTQ+ artist,” says Matthew Newcomb, SVP, integrated marketing, Velocity.

Extra’s initial Fresh Start campaign launched in May when it seemed consumers would return to some sense of normalcy amidst the pandemic, however, as things rapidly evolved, so did its messaging.

“What we really wanted to show was how we integrate the role of Extra and the role of gum into music and pop culture,” said Leslie Waters, senior associate brand manager for the Extra brand team, MARS/Wrigley. “What we're constantly trying to do for Extra specifically is really push the boundaries. This year was a pivotal moment as fans and consumers were again re-emerging into society.”

Creating a diverse campaign is part of Velocity’s ongoing commitment to diversity and inclusion. The branded content studio prides itself on its ability to both reach diverse audiences and make sure those same voices are part of its internal organization.

According to Newcomb and Dayo Harewood, VP, creative director of Velocity, Velocity wanted to focus on the connection Troye Sivan has with his racially-diverse LGBTQ+ fans for the Extra creative.

Inclusivity lived both in front of, and behind the camera, with a diverse creative team with members who identify as part of the LGBTQ+ community, including director Rhi Bergado, and the team prominently featured a male couple as the principal fans.

“The mission of Velocity is always about bringing your personal brand to work and celebrating that,” says Newcomb, explaining that the entire organization was called on and asked if they wanted to be a part of the brainstorming process. “We're making sure that people want to participate, of course, but also match the criteria for the group that we're targeting and have diversity of thought because the LGBTQ+ spectrum is so diverse. We want to make sure that there's a dynamic composition of voices that we're listening to as we approach it.”

Sivan is a prominent LGBTQ+ artist with a dedicated fanbase. Velocity and Extra found him to be the right person to feature in the campaign due to the release of his single “Angel Baby” on Sept. 9 and his authentic connection to his fans.

“I think it resonated with consumers and especially with the LBGTQ+ community because artists that we're seeing out there, like Troye and Lil Nas X, are really authentically themselves and it's different. They are brave and they’re creative and expressing themselves through fashion, and the idea of gay love and gay expression is in their music,” says Newcomb. “Therefore, fans really celebrate those artists because they can see themselves in those artists and not only in the lyrics.”

Sivan’s diverse audience was one that was really important to Extra as they considered artists for the campaign. This was the fifth year Extra activated at the VMAs, although this campaign was different than in years past. This one pushed the boundaries a little more, according to Waters.

“We really want to inspire people to be their authentic selves,” says Waters. “That’s what Troye does and I think in that way, we were really able to inspire consumers.”

The campaign resonated with consumers based on social media reaction, says Waters, who adds that the diversity of Sivan’s fan base put Extra in a different light and allowed them to connect with the brand in a way that felt “authentic and real.”

“Velocity's whole purpose and intention is to help brands translate their message in collaboration with our channel brands to our audiences,” says Harewood. “Troye Sivan is a good example of how we're able to take a story that felt universal to what a lot of live music fans were feeling and tell a story that's endemic to how exciting it is to get back out and enjoy music in a live setting with other people and connect with your favorite artists.”

In the Extra spot that aired during the award show last Sunday, Sivan is visibly excited to reunite with the fans who celebrate him. Fans shared that listening to Sivan during the pandemic really helped lift their mood during tough times during the pandemic. Sivan called the experience of seeing his fans for the first time in years “amazing” while on the VMAs red carpet.