How Bob Bakish Plans for Change 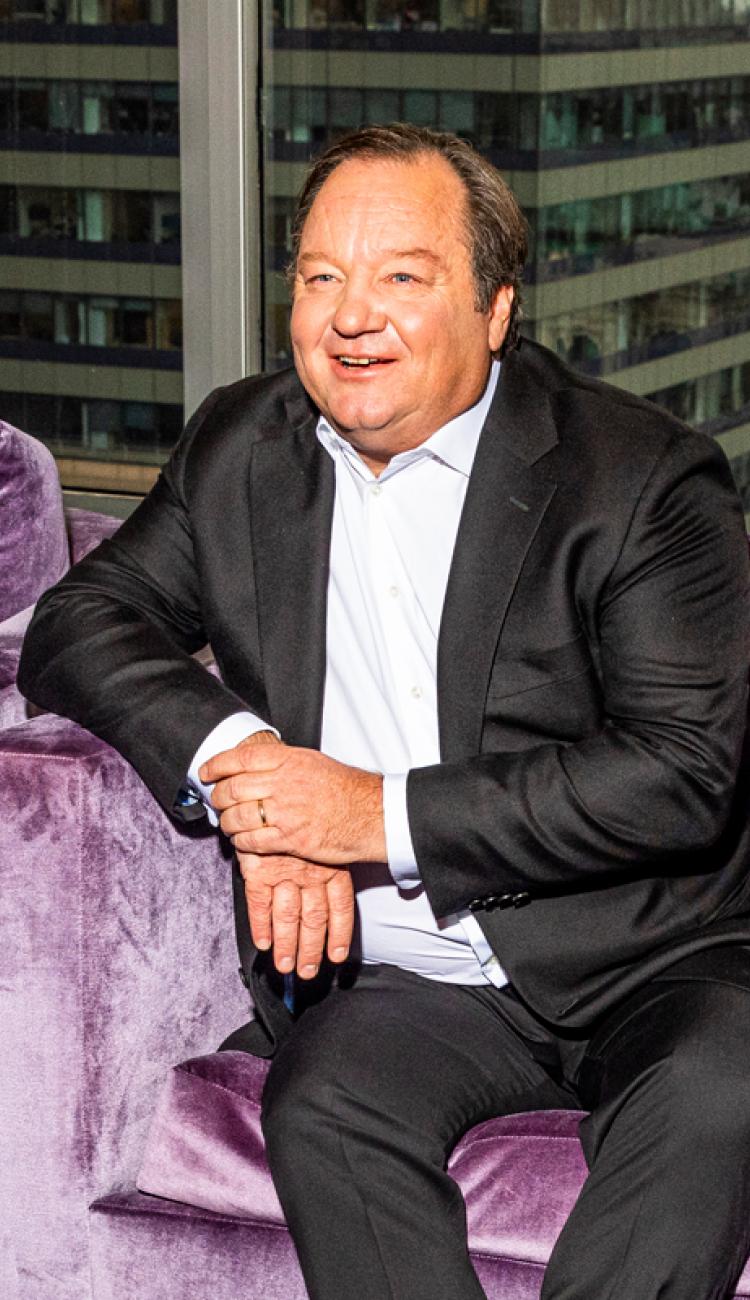 How Bob Bakish Plans for Change

The ViacomCBS President and CEO defines success for the newly merged company.

Our In the Office With ... series, gives ViacomCBS executives the opportunity to reveal a little bit about who they are, how they lead, and what drives them in the day-to-day.

Bob Bakish’s office is covered in memorabilia. There are two guitars—one acoustic, the other electric—covered in SpongeBob SquarePants. There’s a Crank Yankers bust, a JoJo Siwa doll, a Burton snowboard patterned with Butters from South Park, a Manhattan street sign for VMA Way, and even a couple of Usavich figurines, from a series of short films created for MTV Japan.

The space is a revealing contrast to Bakish, who presents as a driven, methodical, and approachable leader. It shows that he is, as he’s said, a devoted fan of the culture-shifting content produced by the company he’s been a part of for more than two decades.

His resume includes an engineering degree and time as a management consultant. During his first months at Viacom, he helped patch turbulent times at Blockbuster. He spent time in ad sales and operations before becoming the president and CEO of Viacom International Media Networks (VIMN) in 2011. He credits his years at VIMN with teaching him how to build a leadership team and carve strategy amidst chaos.

Now, as president and CEO of ViacomCBS, he says he’s motivated by “moving the ball forward”—which means crafting a plan and ensuring that the people he’s entrusted with execution are as excited as he is by the opportunities ahead.

Bakish recently sat down with the ViacomCBS Newsroom to discuss his ambitions for the company, his leadership experience, and how he hires.

Lauren Streib: Your international experience gives you a unique pedigree compared to other media conglomerate CEOs. How do your years at VIMN influence the way you intend to lead ViacomCBS?

Bob Bakish: My decade running international was tremendously important for how I think about problems and, ultimately, how I lead. The international side of the business is extraordinarily complicated. You have countries in different states of economic and infrastructure development. You really have to step back and ask, ‘How do I have an overall strategy?’ and ‘How do I execute on the ground?’ That was really instructive. I also learned that you could go and try new things on a smaller scale—it wasn’t like you were betting the whole ranch. We launched products like the Paramount Channel in Spain, for example.

When I took over VIMN, it was really a confederation of independent nations. It wasn’t an integrated company, though we shared some brands and some content. The challenge was to bring that together and create a truly multinational company—starting with an overall strategy, a leadership team that was connected from the center, and a real focus on a culture that communicates that great ideas can come from anywhere.

I learned from putting together that senior team and getting the best out of them, and those lessons will serve us well in this next chapter of creating ViacomCBS. We’re putting together two large companies that have multiple business segments, and we have to create one ViacomCBS.

"From day one, I said I would create a balanced leadership team. ... This is a merger; this is not a takeover."

LS: What did you look for when filling ViacomCBS’ senior team?

BB: From day one, I said I would create a balanced leadership team. That means senior executives from Viacom and senior executives from CBS. This is a merger; this is not a takeover. I fundamentally believe that, while it’s more difficult, it allows you to get the best out of the combined company because it retains the knowledge at the highest levels from both companies. It tells people that we need a culture of working together. The senior leadership team is very well suited to take us forward.

We recently had our first team meeting. We were talking about a shared agenda going forward. From the contributions in that room and the feedback in-person and via email after, I saw the seeds of the beginning of the next great chapter of this company, and I thought it was tremendously exciting.

By the way, I told all my direct reports that they also need to have a combined company leadership team. If you show up at my table with only people from company A or B as direct reports, that will not be acceptable because that is not going to create the strongest company going forward. 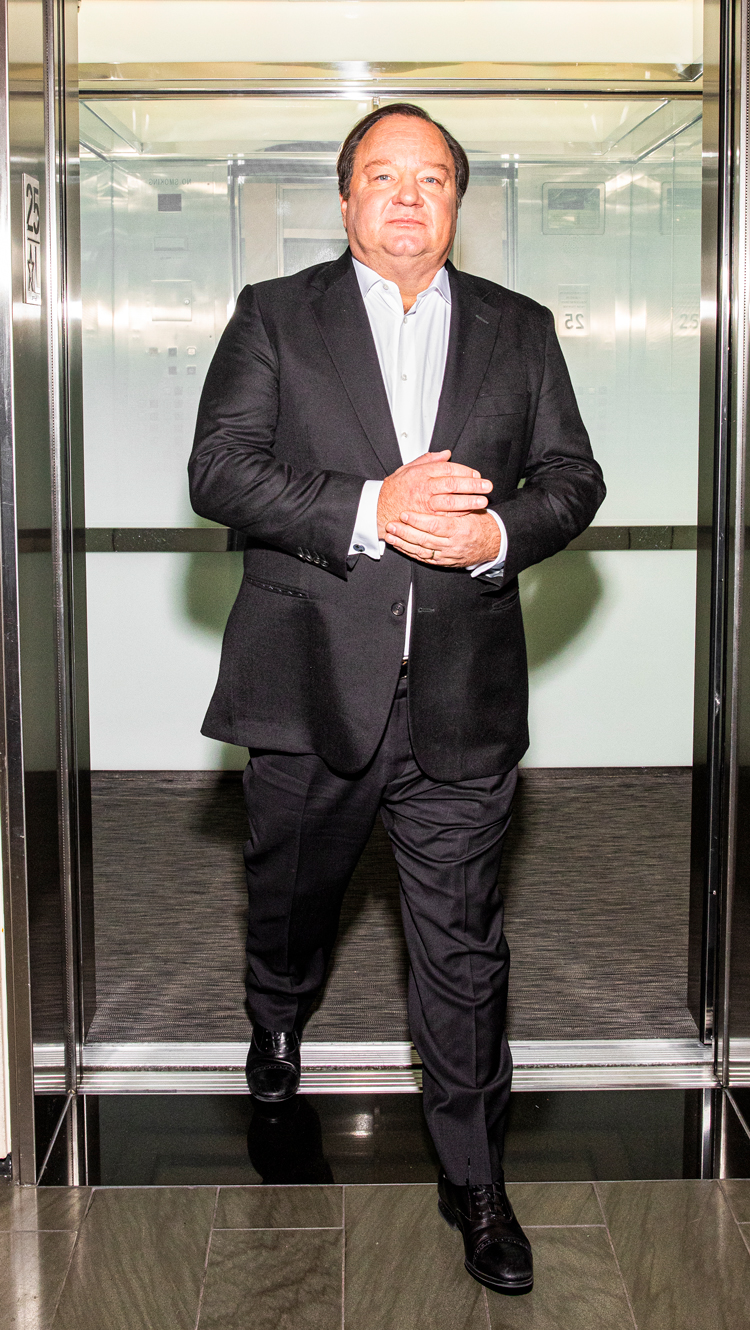 LS: What else do you look for in your direct reports? What impresses you?

BB: For one, I look for ethical, honorable people. These leaders represent me and represent the company, and I want to make sure they’re 100% trustworthy. The second thing I look for is people that have demonstrated success in their chosen field, which either means they can continue to excel in a larger version of that, or potentially they’ve grown beyond that, and they can diversify into other areas. The third thing I look for is people who can deal with change. Like it or not, we are dealing with a changing world. We are dealing with a changing company, and we need to evolve. Whether that’s accessing new revenue streams, whether that’s making difficult decisions in terms of reallocating resources, maybe it’s working now in a combined company—the only constant is change. I need people who can thrive in change.

LS: What was your first big ‘aha!’ moment about leadership?

BB: I pulled together the senior team at VIMN back in 2007 with a series of meetings over two days. I walked into the room for the first meeting and, because I didn’t really know any of these people, I said, ‘Look, I know it’s like I got here from Mars, but let me show you what I see.’ I talked to them about the organization, its performance. It was a moment where I felt either I was going to get traction and things would be off to the races or I wouldn’t. What I saw was the power of explaining to people the situation they’re in and giving them an opportunity to step up and take it to a better place.

We left that series of meetings with a resounding mission to change. That put us on the journey from a confederation of independent nations to really creating a world-class management team. And it was that moment that I saw it. I said, ‘Wow, this is cool. We can actually change behavior,’ which in this case was at scale for an organization that spans the world.

"We are dealing with a changing company, and we need to evolve. … I need people who can thrive in change."

LS: What keeps you motivated?

BB: Moving the ball forward. If you look back to Viacom circa the end of 2016, there were a bunch of very material issues, which could have been terrifying. Instead, we said, ‘We’re going to take it to a better place.’ And, in fact, we did that, whether it’s the distribution space or the advertising space, or Paramount Pictures. That journey was tremendously satisfying.

I find it exciting to put a plan together and bring it to life. I can have whatever plan I want, and I can say, ‘Go that direction.’ But, to go that direction, you need a leadership team—and by the way, their teams—to execute. And you do that through leadership. You watch people grow. There are some people I’ve worked with for 20-odd years. I’ve seen them grow and do great things.

LS: What does success for ViacomCBS look like, in the short-term and long-term?

BB: Success for ViacomCBS looks like a) public recognition that we are one of the preeminent content companies in the world, b) material growth for the company across many segments of the business, and c) a reasonable equity valuation.

Overall, success means that it’s a place where people want to come to work and where talent wants to bring their best work. It’s the first stop for our commercial partners—that’s success for ViacomCBS. 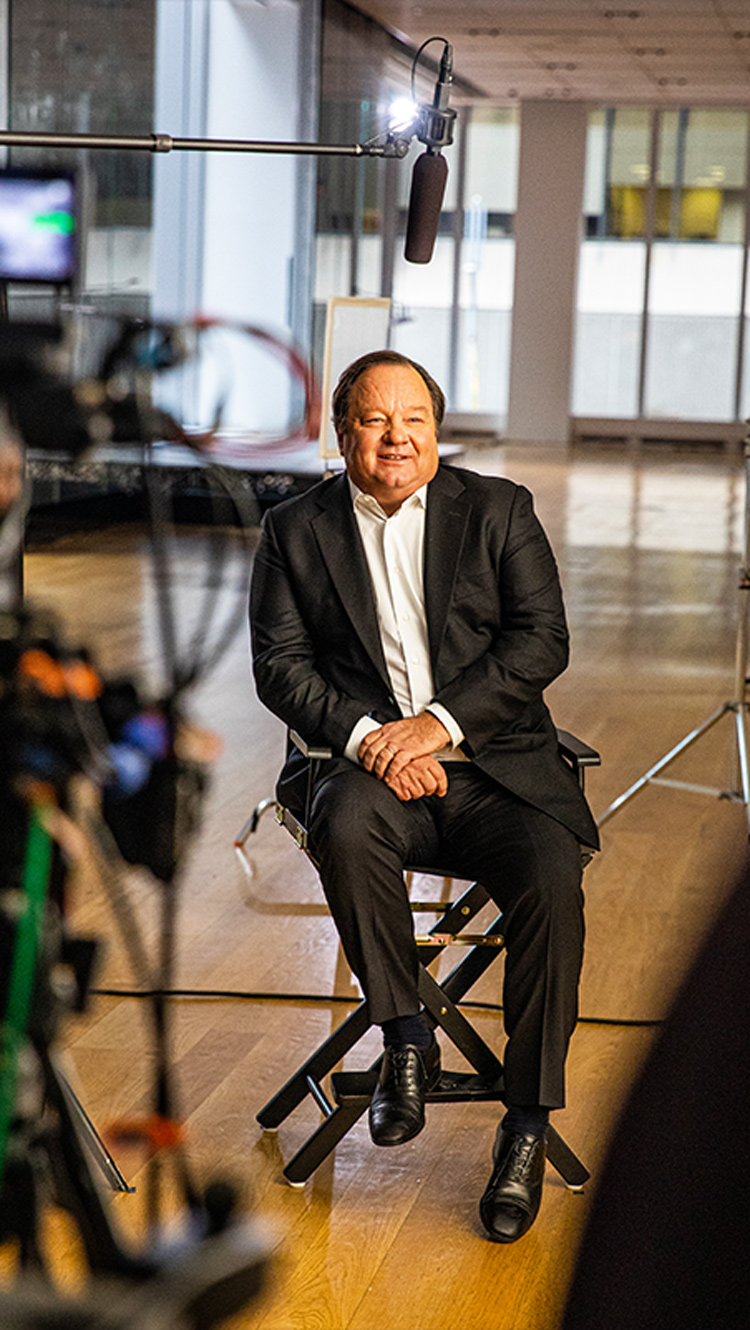 LS: The acquisition of PlutoTV was a big moment for Viacom last year. When did you realize that was the right move to make?

BB: Initially, we were looking at the streaming space. We wanted to participate, but we thought building a Netflix clone didn’t make sense. We wanted to find another way in. We decided that the ad-supported, free category had a lot of potential.

It really clicked for me when I realized it was not only an incremental play, a streaming play, a DTC play, but it was a play that was integral to our strategy. It was a product that would allow us to offer our distribution partners a way to serve their whole subscriber base. It would give us a way to package linear and advanced advertising, giving our advertising clients and agencies broader reach in demos like 18-to-34. It would also give us a way to deploy our huge library of assets, many of which are unmonetized.

So it wasn’t just, ‘Oh, this is a new streaming play.’ It was that, plus it was integral to our business. The moment that clicked, I said, ‘We’re all in. We gotta get this done.’

LS: One of the big questions around the combined company has been ViacomCBS’s streaming and third-party production strategy. What’s your vision for how it all fits together?

BB: ViacomCBS will be one of the preeminent content companies in the world, and we’ll serve both third-party and our owned-and-operated platforms. The reason we can do that is our tremendous asset base, which includes 140,000 television episodes and 3,600 films. Right now, we have over 750 series ordered to or in production across the company, and of course, we’re producing films and short-form media. That allows us to serve both needs. To those that ask, ‘Can you do both?’ I say, ‘Yes, we absolutely can.’

LS: What do you want ViacomCBS employees to know?

BB: I want to say this is a tremendously exciting time. Yes, it’s going to be a lot of work. Yes, we’re going to have to make some tough decisions. But, we have a very unusual opportunity to come together and be one of the companies that shape media in the 21st century. I, for one, am going to be focused on that and driving everyone to maximize that opportunity.

The combination of Viacom and CBS will pay dividends for all of our roughly 20,000 employees and 20,000 additional freelancers, who will get growth opportunities. It will pay dividends for the talent that works with us because they’ll have access to a bigger platform. It’ll pay dividends to all of our commercial partners—whether they’re advertisers, distributors, or consumer products brands—because they’ll get access to an even bigger a trove of IP. And it’s certainly exciting to our new board of directors and the investor base.

This interview has been edited and condensed for clarity.

Devin Griffin on Why We Need Another Streaming Service

"We need to create a renaissance in the studio. We’re constantly asking, ‘How are we going to make Nickelodeon’s culture creator-driven?"
Life at Viacom