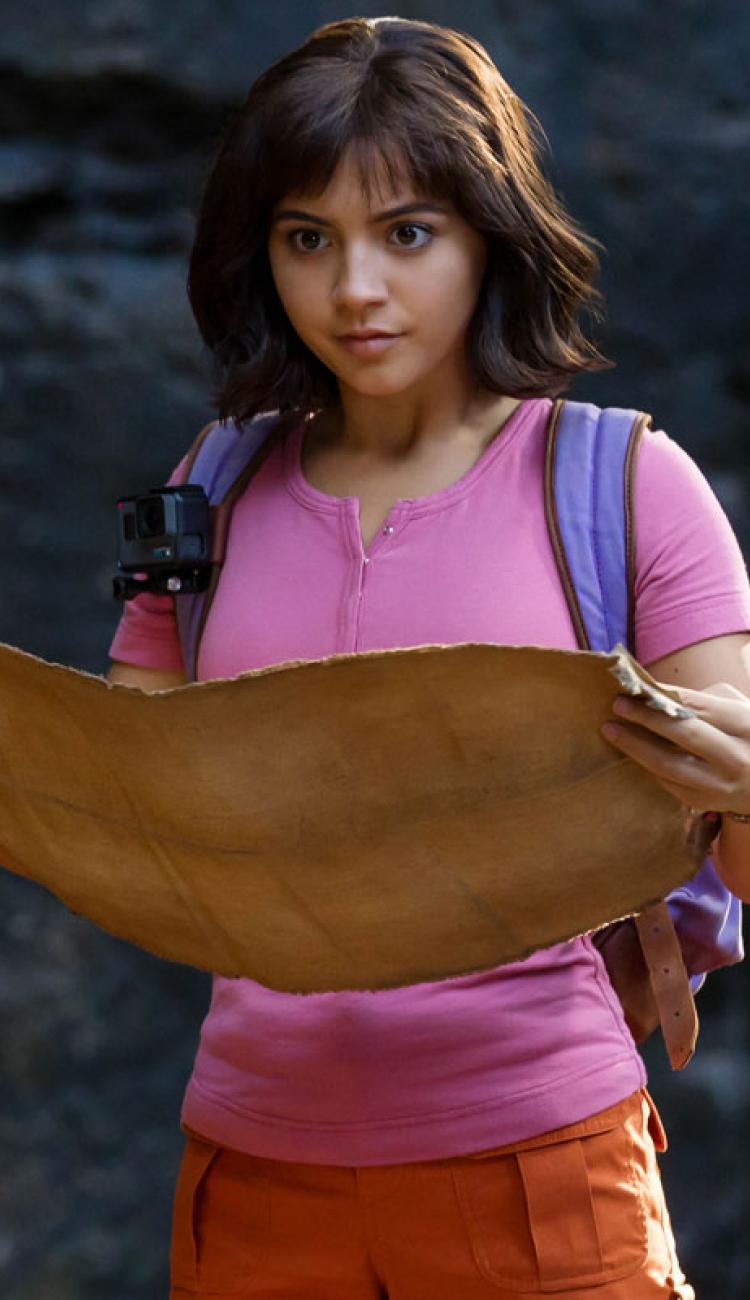 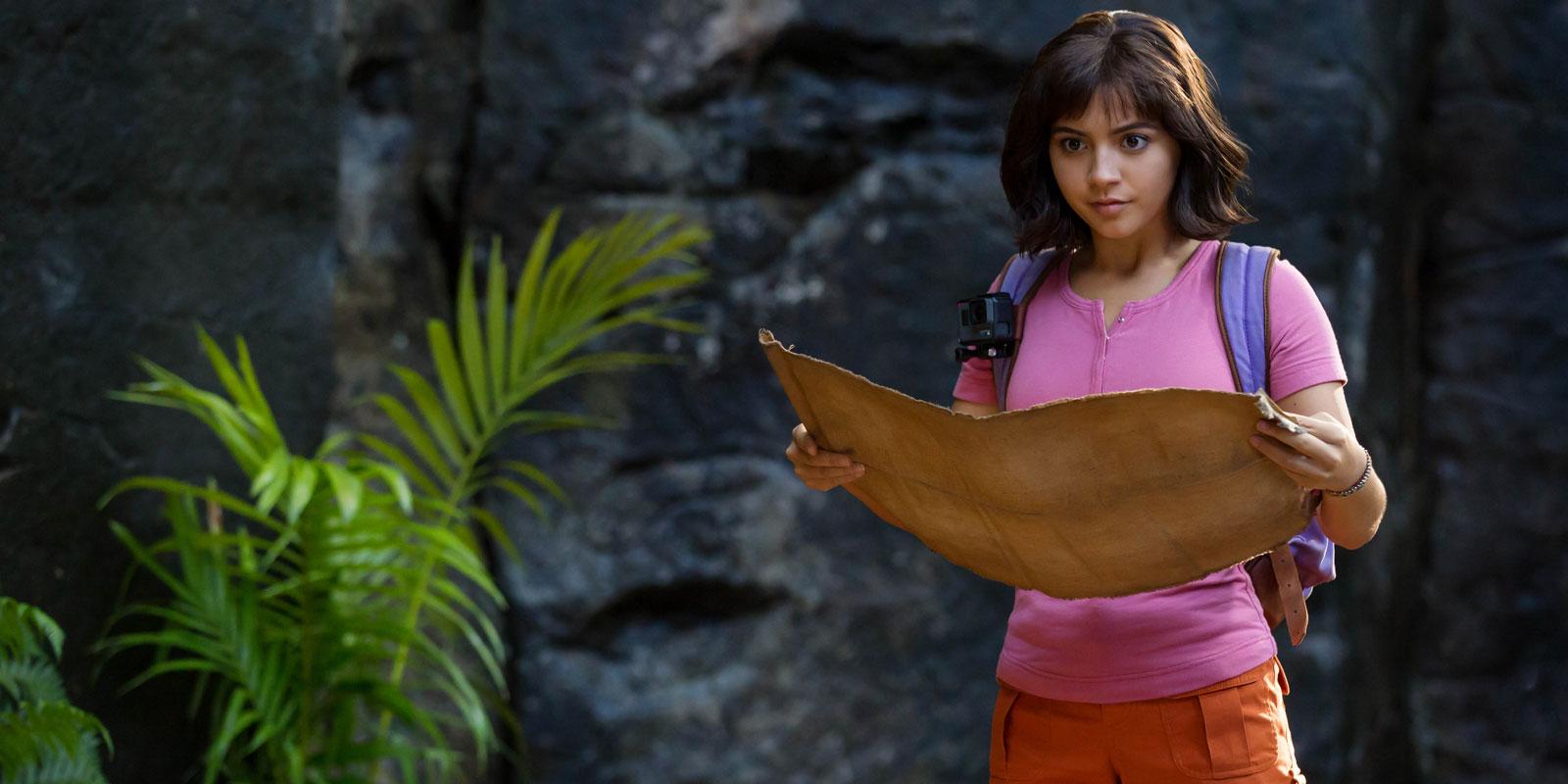 Director James Bobin on remaking the icon as a 16-year-old for 'Dora and the Lost City of Gold.'

She may be a teenager in Paramount Pictures’ live-action Dora and the Lost City of Gold movie, but Dora the Explorer’s innocence and youthful optimism haven’t changed one bit.

She still sings her famous backpack anthem, this time en route to high school. Before going through a metal detector, she introduces herself to a security guard with a peppy, “Hola, soy Dora and this is Backpack.” And she joyously shouts, “We did it,” to fellow classmates at the end of the school day.

Apparently that’s what happens when you spend the first 16 years of life in the jungle with only your friendly monkey, Boots (voiced by Danny Trejo), zoologist mother (Eva Longoria) and archaeologist father (Michael Peña), to keep you company. Dora (Isabela Moner) may know how to survive the jungle, but life in an American high school is foreign territory.

She’s sent to L.A. to live with Abuelita (Adriana Barraza) and her cousin Diego (Jeff Wahlberg), to make human, age-appropriate friends. Meanwhile, her parents embark on a dangerous journey to find Parapata, the fabled Lost City of Gold. Diego knows something is different about his cousin when he finds her at the airport introducing herself to strangers and sliding down the escalator rail like a, well, monkey.

It’s a classic fish-out-of-water tale designed to appeal to the entire family. The challenge for Director James Bobin, though, was striking a balance between Dora’s wide-eyed optimism and her intelligence.

Some parts of the original show didn’t translate to the film as well as Dora’s personality. When the cartoon debuted in 2000, its mission was to teach preschoolers problem solving, language and culture. It aired for 14 years and taught Spanish vocabulary by repeating words like “vamos” (let’s go), “azul” (blue) and “amigos” (friends). It also had the opposite effect: Teaching kids outside of the U.S. English. While there is plenty of Latinx culture, the film dispenses with the word games and repetition in favor of a storyline with broader appeal.

Bobin, pictured above, recently chatted with Viacom about the pressure of revisiting a beloved character, the historical importance of the all-Latinx cast, and the deadly creatures the cast and crew encountered while filming in the Australian jungle.

Tara Weiss: What are the challenges of turning a beloved, animated show for preschoolers into a live-action movie for the whole family?

James Bobin: Dora is a cultural icon. Even if they’ve never seen the show, audiences know who Dora is. I'm always keen to stay true to the character. She's this very upbeat, positive, smart young girl with a charming sense of innocence. I thought it would be fun to take that idea and transport that girl into the real world as a teenager. Yes, she’s a teenager, but her personality hasn't changed because she spent most of her life in isolation in the jungle. That means you have a fantastic chance at comedy because you put her in the real world and she's unlike any other teenager you know.

And of course there’s adventure because Dora is an explorer. To me, adventure means Raiders of the Lost Ark. I wanted to make a film for kids that had those elements and stretch the character.

TW: That made for some cringeworthy moments -- like when she enthusiastically congratulated her classmates for finishing the day.

JB: The character comparison I always give is Will Ferrell as Buddy in Elf. She's a fish out of water. I don't want her to appear dumb. It's super important that she's smart. She is aware. She's just true to herself. When she leaves the jungle for high school in L.A., her mom says, ‘Just be yourself Dora. You'll be fine.’ So that's what she does.

"A lot of people in the Hispanic community see Dora as a vanguard, a leader. Having a movie with an almost entirely Latin cast is so important because it’s unusual. And it shouldn’t be."

TW: How do you convince older kids that this movie isn’t for preschoolers?

JB: I tried to make a film that you can enjoy if you're seven or 70. The hardest part of my job is setting the tone so you have enough for everybody throughout. Sometimes it's [a joke] for the parent, sometimes it's the kid. Sometimes it's both.

TW: But how do you get older kids in the door?

JB: It’s a meta joke in a weird way that there's a Dora movie taking itself seriously. If I was a kid, I think that's a funny idea. That’s a hook.

TW: Can you talk about the importance of Dora to the Latinx community and also the significance of having an all-Hispanic cast on the movie?

JB: A lot of people in the Hispanic community see Dora as a vanguard, a leader. Having a movie with an almost entirely Latin cast is so important because it's unusual. And it shouldn't be. Dora is such a powerful role model for girls too. How many movies of this size have a 16-year-old Latin lead actor? It's a very unusual situation. 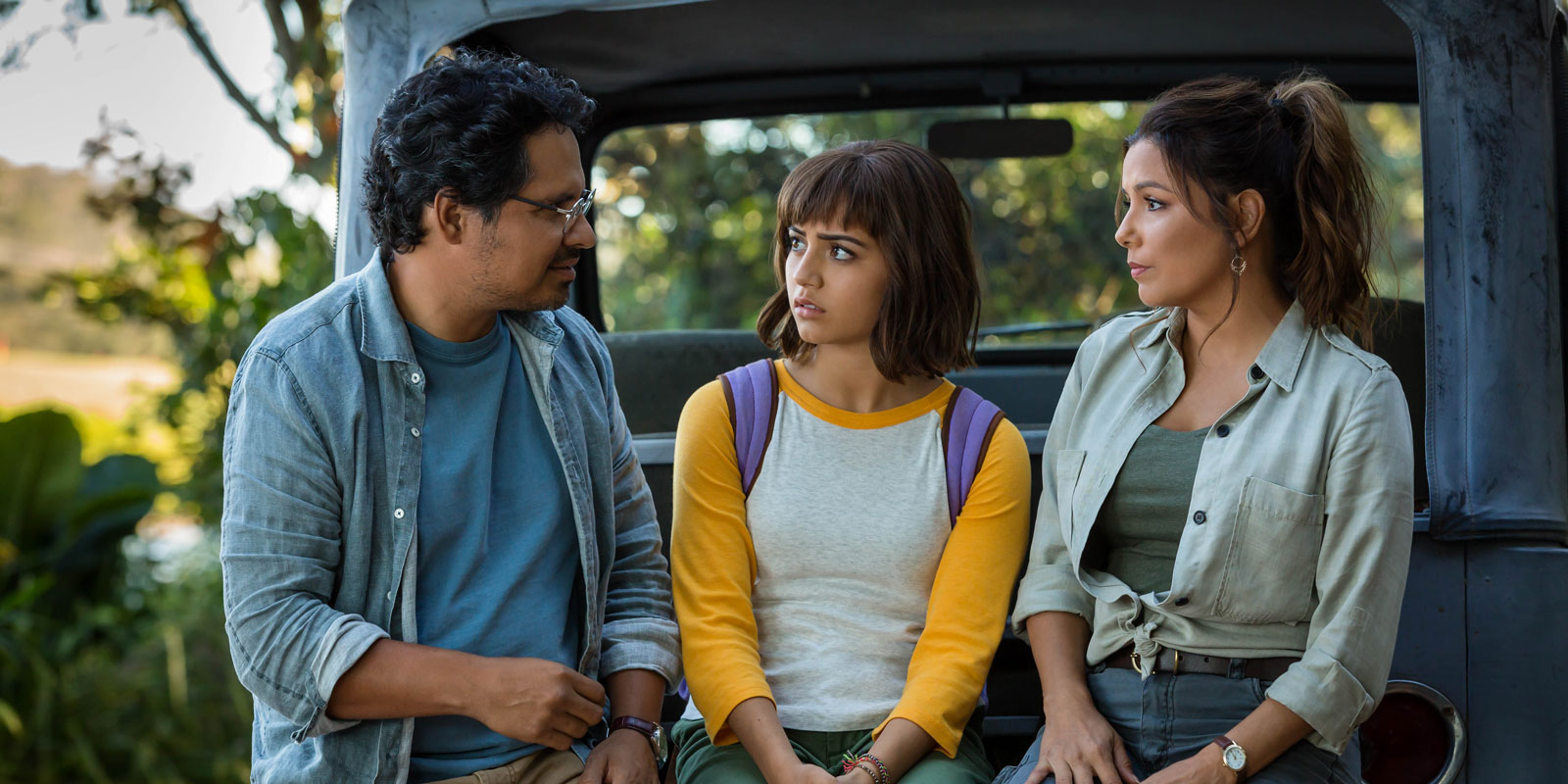 TW: Isabela Moner is Peruvian and part of the movie is set in Peru. Was that on purpose?

JB: It's a happy coincidence. I saw a lot of people for the role. I saw Isabela quite early and thought, ‘she’s perfect.’ In the script we had quite a lot of Quechua, which is the ancient Inca dialect. Not many people in Peru even speak it. Isabela's mom knows it, so she spoke it a bit already. It made the whole thing so easy. That was a complete coincidence and an amazing plus for us.

TW: There’s an animated dream sequence where we see cartoon versions of Dora and other familiar characters from the cartoon series. Why include that scene?

JB: Without the show, we wouldn't exist. It's worth a nod to the original. I wanted to have something animated in it. I did feel there was something quite Wizard of Oz in this adventure they go through and it felt right to make that into a cartoon. Also, it enabled me to put other Dora characters in the movie without having to force them in.

TW: The animated movie Dora looked different than the original.

JB: It's the Isabella version. I wanted it to have the same feel, but with more dimension, light, and color. It's the 2019 version of cartoon Dora. It was a balance in terms of how much Dora she was and how much Isabela she was. In Dora [the TV series], everyone's got a massive head. We spent hours and hours talking about exactly how big those heads should be on the cartoon characters.

TW: You filmed in Australia, where touching the wrong insect can be deadly. What was that adventure like?

JB: Every day before we got to set, there'd be a guy with a long stick. The first day I asked, ‘Who's that guy?’ ‘Oh, that's the snake man.’ Every time we had to put lights in for filming in a new part of the jungle, he would go in and search around with a stick. Often, he’d come out carrying a snake by its neck. That's day-to-day life in Australia.

TW: Your credits include two Muppet movies, Alice Through the Looking Glass and now Dora. Where does your time as a writer on Da Ali G Show fit in?

JW: I've always done comedy somehow. Da Ali G Show was a fun comedy I made with friends when I was a young man. I also made Flight of the Conchords, which was a musical comedy and so was The Muppets. I have quite a broad sense of humor. I like lots of different ways of being funny. I can hopefully turn my hand from things like Ali G to Dora, which, of course, is an interesting journey.

The studio is undergoing a major transformation
Content and Experiences 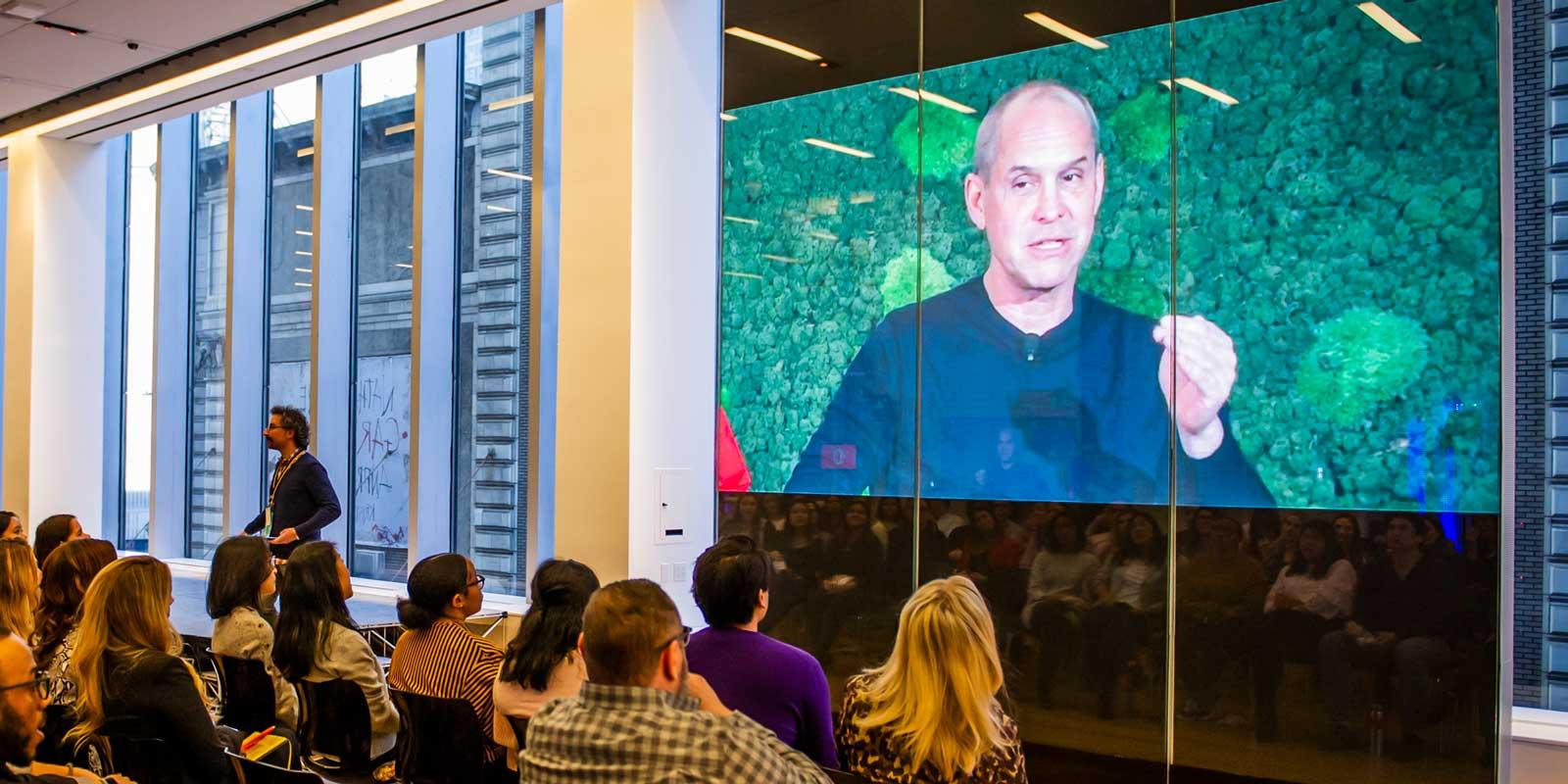 How Brian Robbins and Team Are Building Nickelodeon’s Future 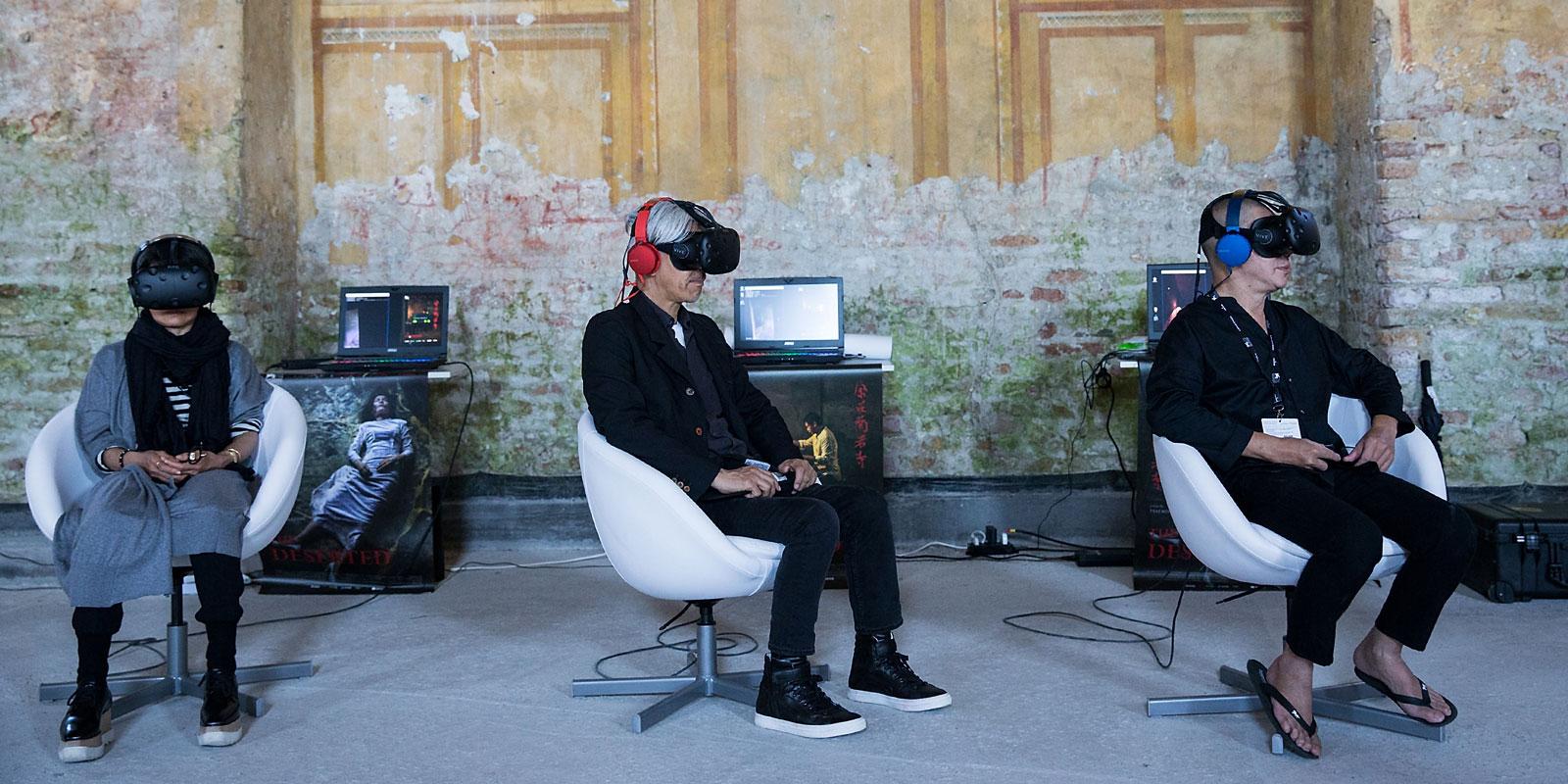