CMT Puts the Women of Country at Center Stage 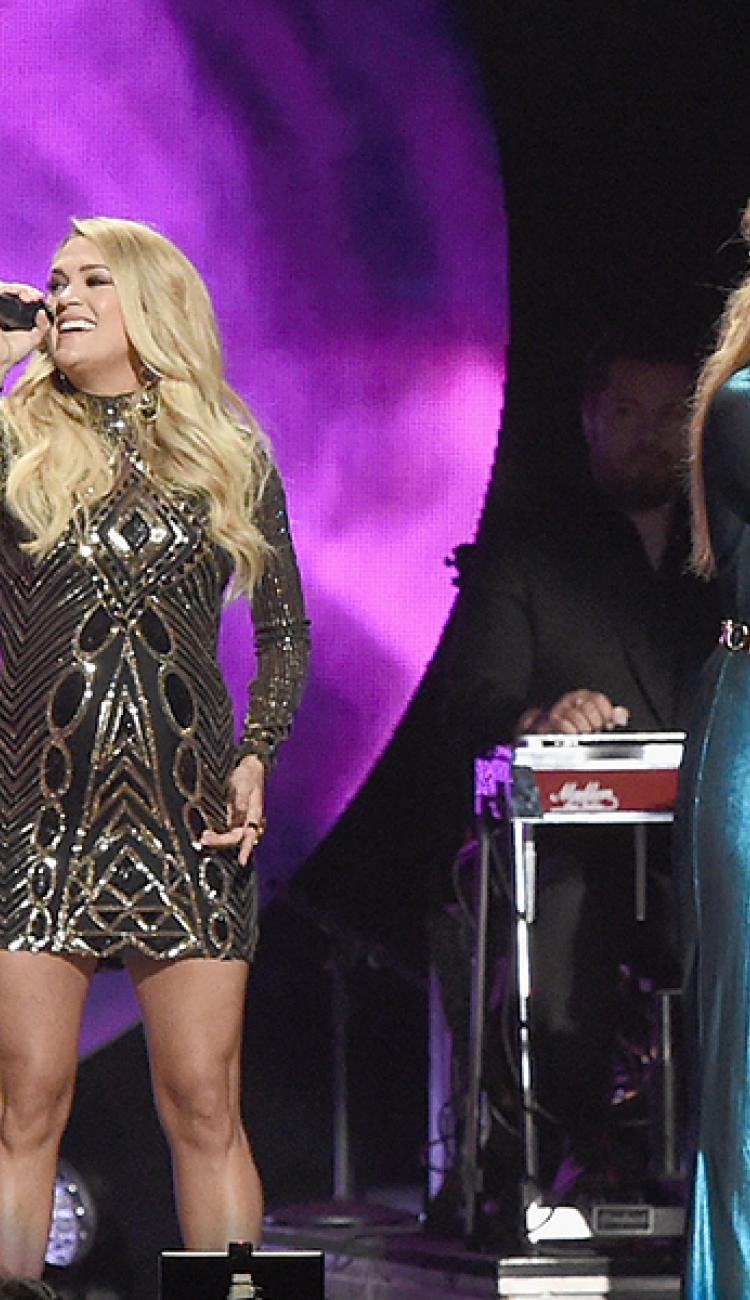 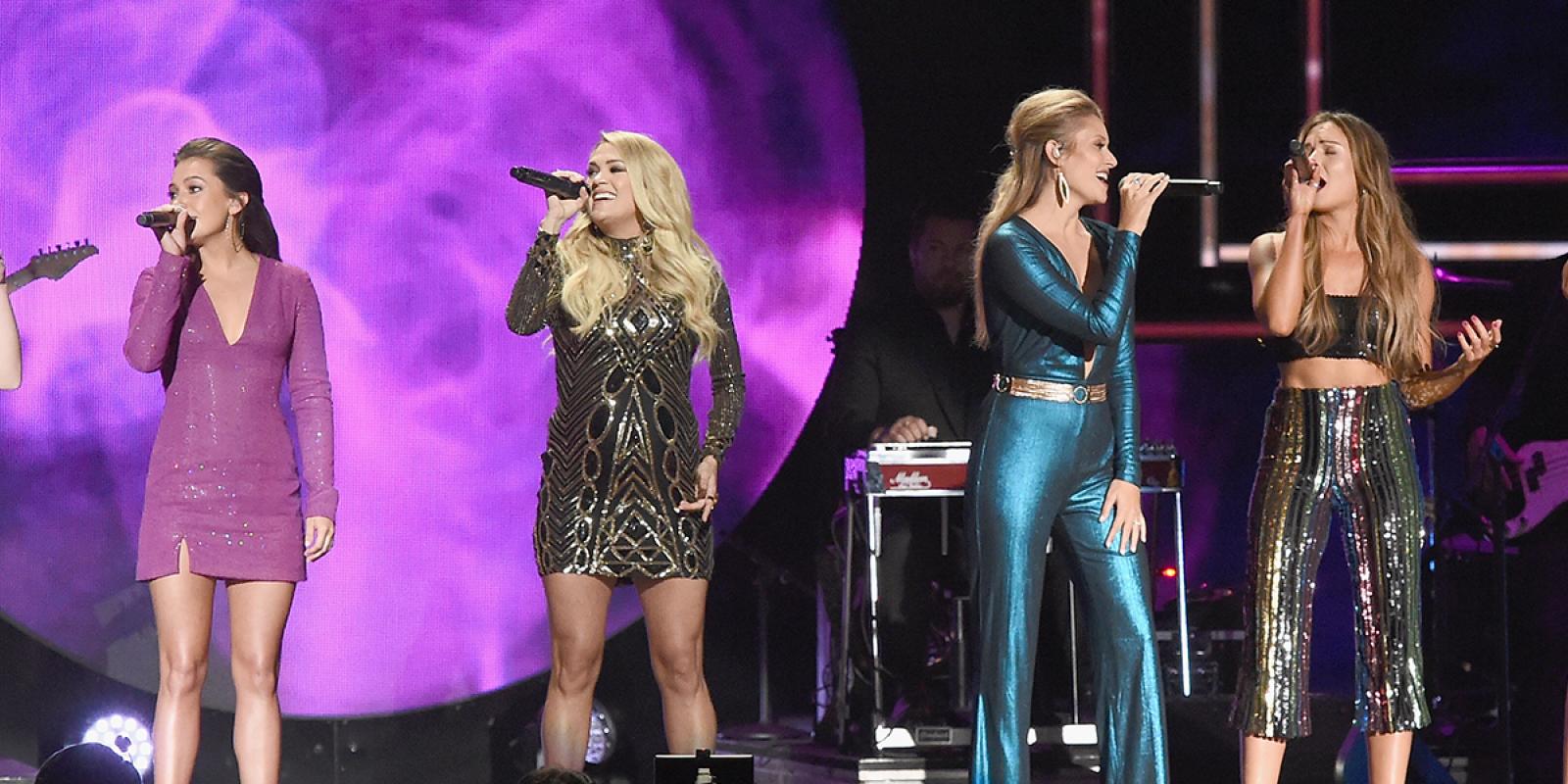 CMT Puts the Women of Country at Center Stage

The 2018 Artist of the Year awards honored only female country artists for the first time in history.

As Little Big Town’s Karen Fairchild accepted her award at CMT’s Artist of the Year Awards, she pulled out her phone. She promised she wasn’t being rude—she just didn’t want to forget any one of the 35 female artists and acts she listed during the award show in late October that honored an all-female slate of musicians for the first time this year.

The moment, labeled one of the most powerful 45-seconds of an award show this year, was a plea for more support and radio play for country’s female stars. The genre has been under fire for years for its favoritism of male artists of the so-called “bro country” variety. In fact, the percentage of female country songs charted by Country Aircheck dropped to 10.4 percent in 2017, down from 13 percent in 2016, and there were no solo women artists in the 10 most-played songs on country radio in 2017, according to Billboard year-end charts. A radio consultant recently claimed in Elle that women’s voices are a biological “irritant” to listeners.

All of which served as context for Fairchild’s speech. “I can’t say enough about CMT for just honoring women and celebrating women when it’s really important right now. And I’m humbled and I hope I can live up to this honor,” she said, alongside her bandmate Kimberly Schlapman.

Carrie Underwood made clear while accepting her own Artist of the Year award that she wasn’t there because she’s a woman. “We’re here because we’re damn good at what we do,” she said. Underwood’s Cry Pretty album earned the best sales week of the year by a female in September, unseating Cardi B as the record-holder.

In Celebration of a Defining Year for Women

Leslie Fram, senior VP of music strategy for CMT, says the network believed this was the perfect time to honor the women of country, calling it a “defining year for women, not only in music but in general.”

“CMT has been bold about supporting female artists at a time where it’s been a challenge with terrestrial radio, internet radio, and streaming services,” Fram says. “We've been at the forefront of supporting female voices, so it made sense to turn ‘Artist of the Year’ into a celebration of women.”

"CMT has been bold about supporting female artists at a time where it’s been a challenge."

“I am a country artist and also a really big feminist and I feel really supported by CMT,” said Kalie Shorr during a red carpet interview before the event. “I was on the ‘CMT Next Women of Country Tour’ earlier this year. It was my first tour and it just blew open these opportunities for me. Anytime I get to party with CMT and celebrate women is a good day for me.”

The Next Women of Country franchise is CMT’s way of supporting women year-round. It started as a campaign in 2013 to support female artists by airing their music videos and content created at CMT’s studios in Nashville. It’s since expanded into a tour, serving as an incubator program for undiscovered artists and showcases emerging female artists. Several alumnae have achieved critical acclaim, including Morris, Brandy Clark, and Kacey Musgraves.

“A lot of new artists don’t go on tour if they don't have a song on the radio,” Fram explains. “We had some pretty substantial artists headline the tour, like Jennifer Nettles and Martina McBride and Sara Evans, and they brought young females with them like Maggie Rose to Lindsay Ell.”

The assumption that country music fans don’t want to listen to lady crooners likely comes from the 2015 controversy dubbed “tomatogate,” when trade publication Country Aircheck quoted consultant Keith Hill asserting, “if you want to make ratings in country radio, take females out.” According to Hill, country radio’s predominantly female listener base prefers male artists. "I play great female records, and we've got some right now; they're just not the lettuce in our salad. The lettuce is Luke Bryan and Blake Shelton, Keith Urban and artists like that. The tomatoes of our salad are the females,” he said at the time.

" I grew up listening to women. That’s why I’m here today."

Ballerini, who highlighted that “bro country” has been a thing for a while, said, “we’re not saying this music’s bad—we’re just saying that you’re leaving people out.” Morris, meanwhile, debunked the idea that women don’t want to hear women. “I will have to call B.S. on that one, because I grew up listening to women. That’s why I’m here today,” she said.

“These ladies are influencing the next generation, but they were influenced by some amazingly talented, strong, bold women. Without them they wouldn't be standing on that stage,” says Margaret Comeaux, vice president of music and event production for CMT, who produced the Artist of the Year show. “People like Loretta Lynn. Good God. You're hard pressed to find ladies like that. In a time when no one was really standing up for women, she did. That came out very naturally in the interviews.”

The Artist of the Year awards will always be about celebrating the Top 5 artists of the year, says Comeaux, but they are willing to center the ceremony around whatever is happening in the industry. “I think we found in the last two years that it's a show that can morph into what it needs to be. It's about celebrating the artists and our format,” she adds. “We're always going to continue to keep pushing things forward.”