Creating a Space for Black Stories at ViacomCBS

In Brazil, telenovelas and soap operas dominate pop culture. But more times than not, when you see a Black person on screen, they’re playing a maid, a chauffeur, or busboy. And they’re given few, if any, lines.

As head writer for Narrativas Negras (Black Narratives), an all-Black writers room and diversity and inclusion consultancy group within ViacomCBS International Studios (VIS), it’s my hope that we’ll start a conversation around the importance of diversity in Brazilian entertainment. I want to help to combat the lack of representation of Black culture on and offscreen, by developing and producing representative and inclusive content in a variety of genres across film and TV.

We’re a writers’ room on paper, but I like to refer to us as an “idea engine.” We come up with the concept, and VIS takes that concept into further development and production. The project is part of VIS’ commitment to devoting 25 percent of its yearly Latin American budget to the creation and development of “Black, indigenous and person of color” (BIPOC) content.

When VIS tasked me with building the team, the most important factor for me was making sure that we were all different. We’re diverse in skin tone, upbringing, and the type of writing we do. (Though, like many Black Brazilian writers, the six of us are used to being the only Black person in mostly white writers’ rooms.) They’re fantastic, hardworking, and brilliant writers who all bring something different to the room. Renata Diniz is an actress, Eliana Alves Cruz writes novels, and Estevão Ribeiro creates comic books. It makes the stories we come up with richer and fresher. 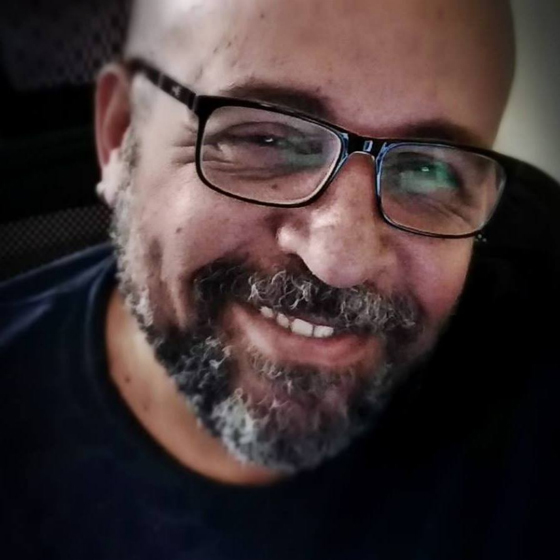 "We're diverse in skin tone, upbringing, and the type of writing we do."

We all grew up watching American cinema. Compared to Brazil, representation of BIPOC people was better in Hollywood—albeit not much better. Still, it opened our eyes to the possibility of seeing ourselves represented on screen.

We live in different cities, but we meet as a group every single morning over Zoom to brainstorm potential plotlines, conflicts, characters, among other story elements. Then, we proceed with one idea we all agree on and dive deeper by asking ourselves a range of questions: What does this world look like? How does this character speak? Where is the point of tension?

We then decide on a final synopsis to pitch to the production team at VIS. Thus far, VIS has greenlit two of our ideas for production, and we have three others that we’re perfecting ahead of our next pitch.

As the current writing team gets pulled into other projects, we will add new writers in their absence, so that our ideas remain fresh and ever-changing. 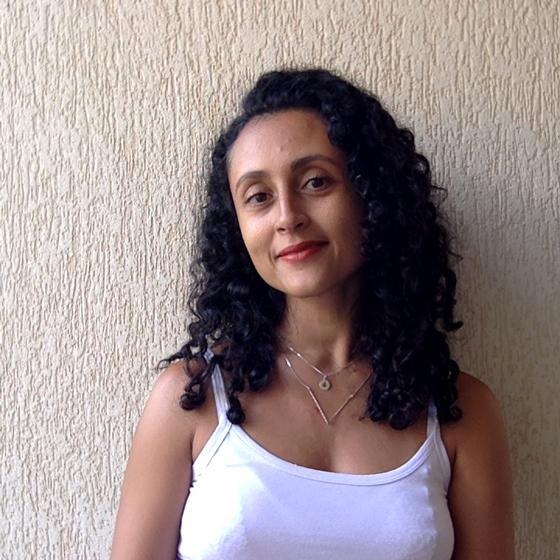 What’s the most influential TV show you watched growing up? I was very fond of TV Globo’s TV Colosso and TV Cultura’s Castelo Ra-Tim-Bum.

What’s your advice to writers of color who are trying to break in the industry? Write to have something to show. In addition, look for different writer’s groups and events that focus on scriptwriting.

What do you think is most important to consider when it comes to creating diverse, inclusive TV/film content? There’s a thirst and hunger for Black stories in genres other than comedy and drama. Whether in sci-fi or fantasy, westerns or horror, there are gaps that need to be filled. 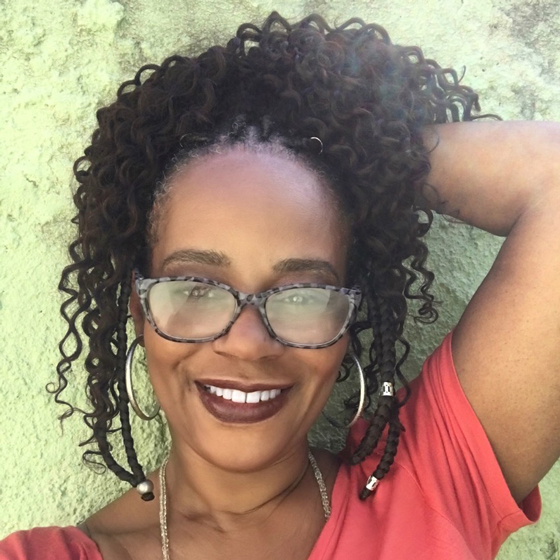 What’s the most influential TV show you watched growing up? Mostly soap operas.

What’s your advice to writers of color who are trying to break in the industry? Write as much as you can, even without having a project in mind. Writing is like any other activity—it takes practice.

What do you think is most important to consider when it comes to creating diverse, inclusive TV/film content? Empathy is a must. If you’re not looking at the world from different perspectives, it’s impossible to reflect our diverse reality. It’s also essential to try and shed the stereotypes you might have absorbed while watching TV and film, or even while reading books. 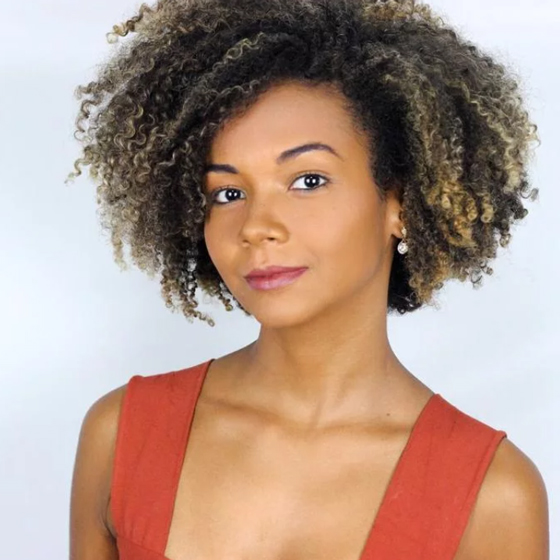 What’s the most influential TV show you watched growing up? I remember watching most of Sistema Brasileiro de Televisão’s (SBT) telenovelas, including Chiquititas, Cumplices de um Resgate, Rebelde. In all of them, the representation was next to none. It was always embarrassing when I couldn’t “act” in a school game as the blonde character I was a fan of. And the attempts to look like her were also painful. More recently, seeing how TV Globo’s telenovela Amor de Mãe handled Black characters made me eager to collaborate on new ways to portray BIPOC people on TV. It features multiple Black people in its cast but in very stereotypical roles.

What’s your advice to writers of color worldwide trying to break in the industry? Study a lot. Also, be sure to watch diverse content as much as possible to find stories that inspire you. We grew up consuming other people's stories, especially white people’s stories.

What do you think is most important to consider when it comes to creating diverse, inclusive TV/film content? Diversity should not only be limited to race or creed. We need diversity in approach, technique, and genre. I think the best way to destroy stereotypes and stigmas is to build plurality. 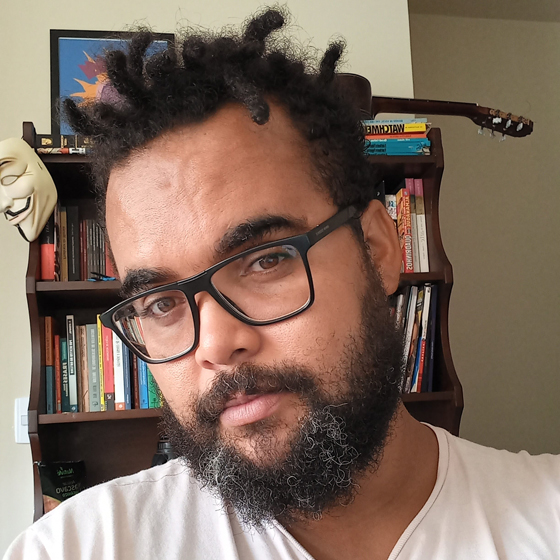 Credits: While He Was Dead, Passarinhos, Pequenos Heróis, Futuros Heroes

What’s the most influential TV show you watched growing up? The Fresh Prince of Bel-Air and MacGyver.

What’s your advice to writers of color worldwide trying to break in the industry? First: You are not alone. I know we all want to have a byline or be able to autograph a copy of our own works, but working in a group is the best learning experience, so get together and build each other up! Also, learn from your white peers.

What do you think is most important to consider when it comes to creating diverse, inclusive TV/film content? Hear your people, the people around you. People who like you and people who despise you. Then, see what they have in common and their differences. Write about it. Bring light and provocation. And don't run away from sensitive topics! Search, listen, write, and invite people to read. 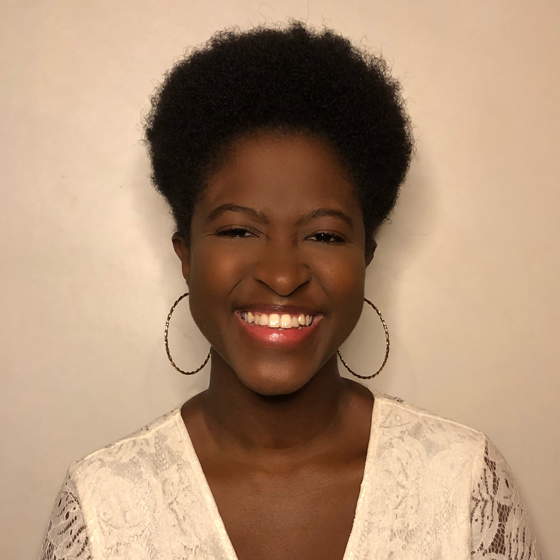 What’s the most influential TV show you watched growing up? The Fresh Prince of Bel-Air and TV Globo’s Malhação.

What’s your advice to writers of color who are trying to break in the industry? Dedicate yourself to writing, researching, and watching different formats. And make sure you’re always writing, especially about situations in your own life.

What do you think is most important to consider when it comes to creating diverse, inclusive TV/film content? We no longer need to build on the same stereotypical narratives around Black people that are already out. It is necessary to go further, dig deeper, and tell other stories.

As told to Kelby Clark