Embarking On An All-Virtual Production of ‘All Rise’ 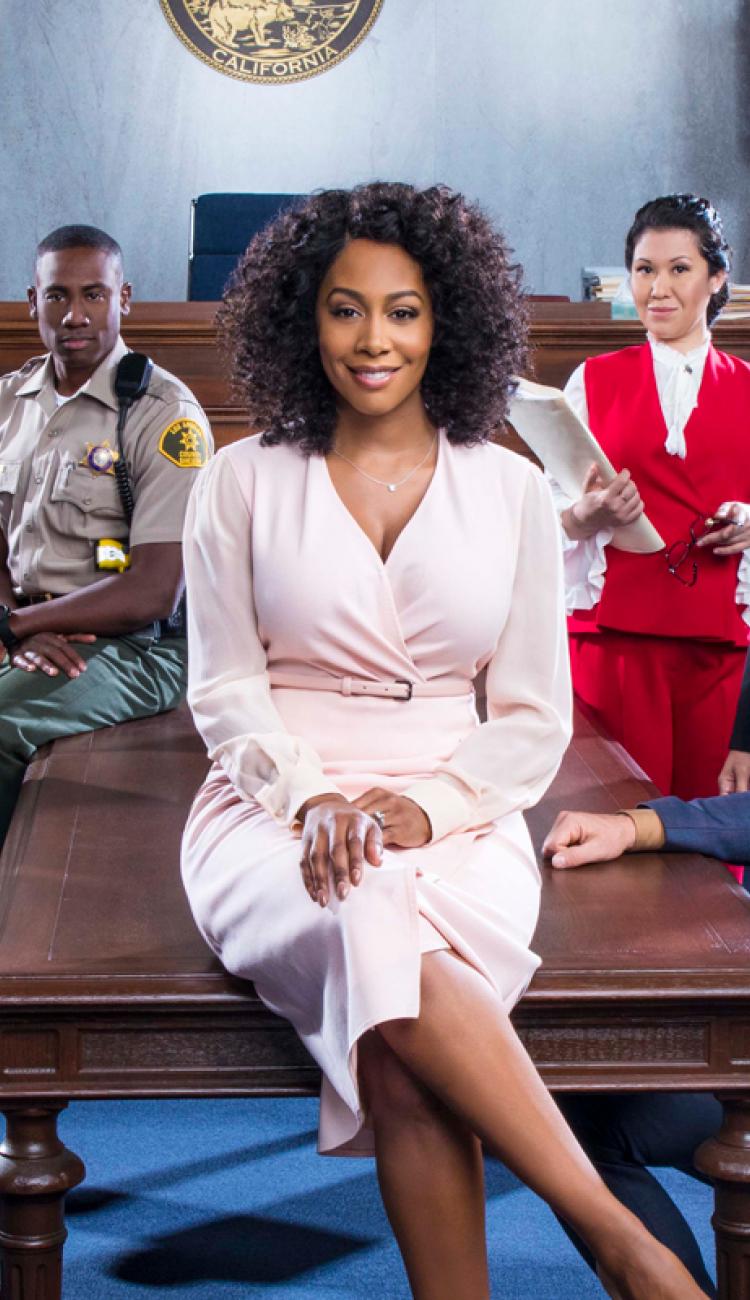 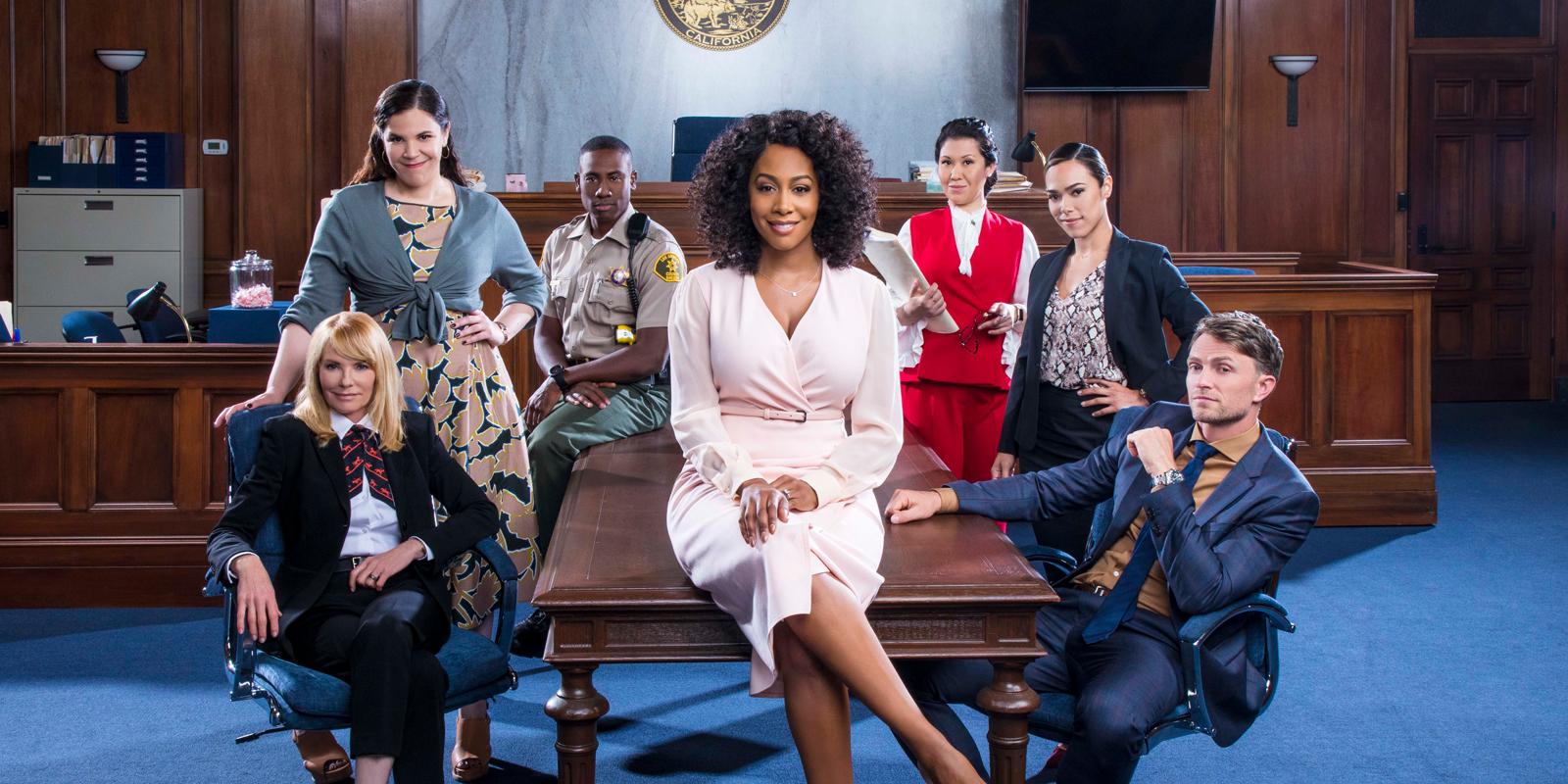 Embarking On An All-Virtual Production of ‘All Rise’

“We were essentially creating a new medium with this episode, and nobody got too distracted by the technology, nobody got frustrated, and nobody complained. Everybody was just focused on telling the story.”

In Making it Work, creatives and decision-makers from across ViacomCBS describe how they turned an idea into a reality. In this installment we talk to Greg Spottiswood, creator, co-showrunner, co-writer, and executive producer of legal drama All Rise. He describes how he and his team created the first primetime scripted produced virtually. It airs Monday, May 4 at 9 p.m. ET/PT on CBS.

This episode of All Rise was a dream come true for me as a storyteller and showrunner. It’s very rare we get to respond to a historic moment as it's happening.

From a writing standpoint, our show is about the workplace that is the criminal justice system. Coronavirus has created new obstacles—and obstacles are one of the key sources of drama. So, this episode was a real opportunity to show our characters dealing with that drama and to tell that story with truth, warmth, and wholesomeness.

If you love our show, you’re going to love this episode. If you've never seen our show, it's going to show you what we do well, which is placing characters in dilemmas and having them work it out together and ultimately find hope and connection during difficult times. 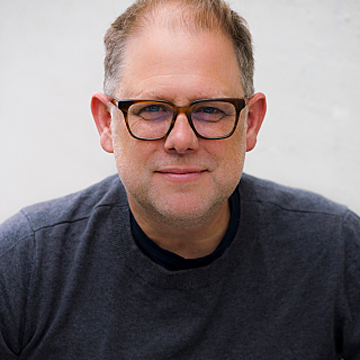 "“It’s very rare we get to respond to a historic moment as it's happening.” "

I wrote this episode with Greg Nelson—there was no writers’ room. We had a real advantage in working remotely because we have a long-standing work relationship. He was a co-executive producer on this first season of All Rise, we worked together on my last series, Remedy, as well as another series before that. We also come from backgrounds in the theater—he was a playwright and I was a director and actor—so we share the same vocabulary.

Dee Harris-Lawrence, my co-showrunner, gave us some major pointers on the technology that would be most helpful during this time. We used a virtual whiteboard to map out ideas and an online notecard program to build the outline. With the collaborative function in Final Draft, Greg and I could write and edit the same script in real-time.

Our average script is about 60 pages. This one was longer—64 pages—because we wanted more material to work with in editing.

We reached out to Gil Garcetti, who's the former District Attorney of the County of Los Angeles. Initially, he was really skeptical about the possibility that some of the procedures in the criminal justice system would move into a virtual space. The Judicial Council of California suspended jury and bench trials for 60 days. But, the justice system is guaranteed in the constitution and is foundational to our society. It doesn't get a vacation.

Within days of talking about it, arraignments and preliminary hearings moved online. We were getting daily updates from Gil, as well as a couple of other amazing consultants currently working within Los Angeles County courts. They would send us emails saying: “the judicial council's releasing a press release today, here's what we think it's going to say.” We used all of that to speculate on how our characters would work from home, or what an online bench trial looks like.

Everything came together really fast. We wrote it in a week, shot it in six days, and had the first edited cut within 48 hours.

The pre-production process was really involved. The actors gave us virtual tours of their homes. They had to move furniture, change the art on the walls, and hang blankets in front of their windows to adjust the lighting. There were even virtual costume fittings. Janell Caruthers, our wardrobe designer, was looking through their closet going, "Oh, that's a Jessica dress, that's not an Emily dress."

Ultimately, we used WebEx, a platform that can deliver images in HD, which is really important. Our actors did their own hair and makeup. They were sent a link every day of filming at their “call time,” which they’d click to show up in a WebEx meeting alongside all of the actors who were in that scene—that’s what we called “the stage.” After Mike gave direction and the scene was rehearsed, he would mute himself and his video so you just see the actors in the shot.

Simultaneously, myself and about 30 of our technicians, crew, writers, and producers would watch the rehearsals and the filming. If I had a note, I would just unmute my audio and the actors would hear my voice telling them they had to pick up their cues. The average production day on set is 12 or 13 hours of shooting, whereas for this episode shoots took six to eight hours.

Anybody who's spent four hours on a Zoom meeting knows just how fatiguing it becomes, especially for your eyes. And so, we would find ourselves saying: “Okay, we shot that scene. Now, everybody log off and come back in 10 minutes.” We learned early in production that even though we were filming through our computers and through digital video, it was just as exhausting as filming in-person, in its own way.

"We didn't try to make it look like a slick, polished episode of television. That wouldn't necessarily have been true to the story."

We didn't try to make it look like a slick, polished episode of television. That wouldn't have been true to the story. I think that if we were to do a whole series like this, we would give a boost in a few areas of production design and technical quality. People are learning how to do that on shows like Saturday Night Live and the late night shows. You’ve seen the quality rise. Everybody's learning in real-time.

We were essentially creating a new medium with this episode, and nobody got too distracted by the technology, nobody got frustrated, and nobody complained. Everybody was just focused on telling the story. There was a real sense of collective mission and community among the people who worked on it. That spirit has characterized our show since the start.

Should we be lucky enough to get back to production, we have a whole new set of stories to tell because there's a whole new circumstance in which our characters are having to do their jobs. That's something that’s genuinely interesting to us as a group of people who are making a show, and I think will be interesting to our audience.

As told to Kelby Clark. 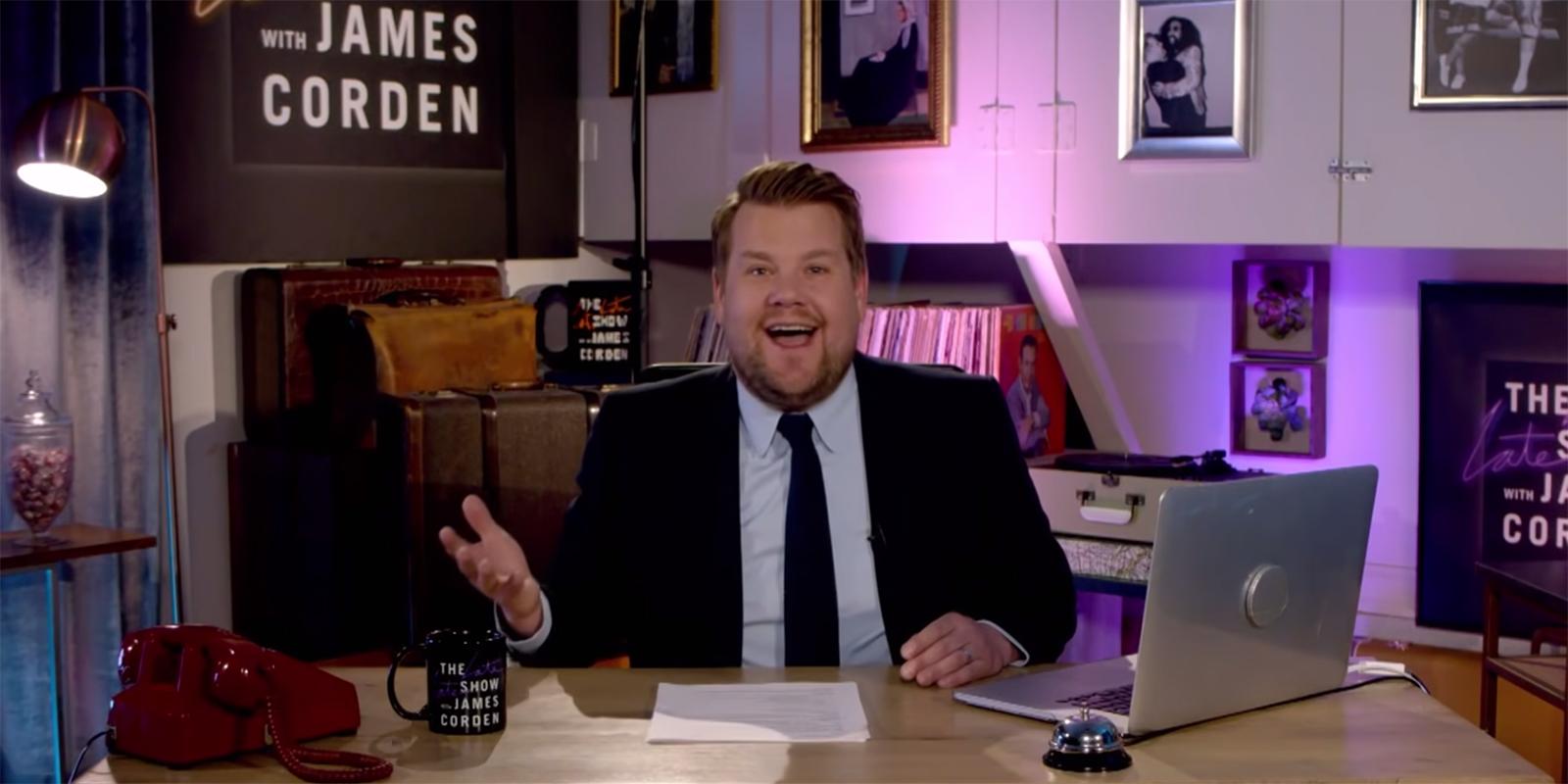 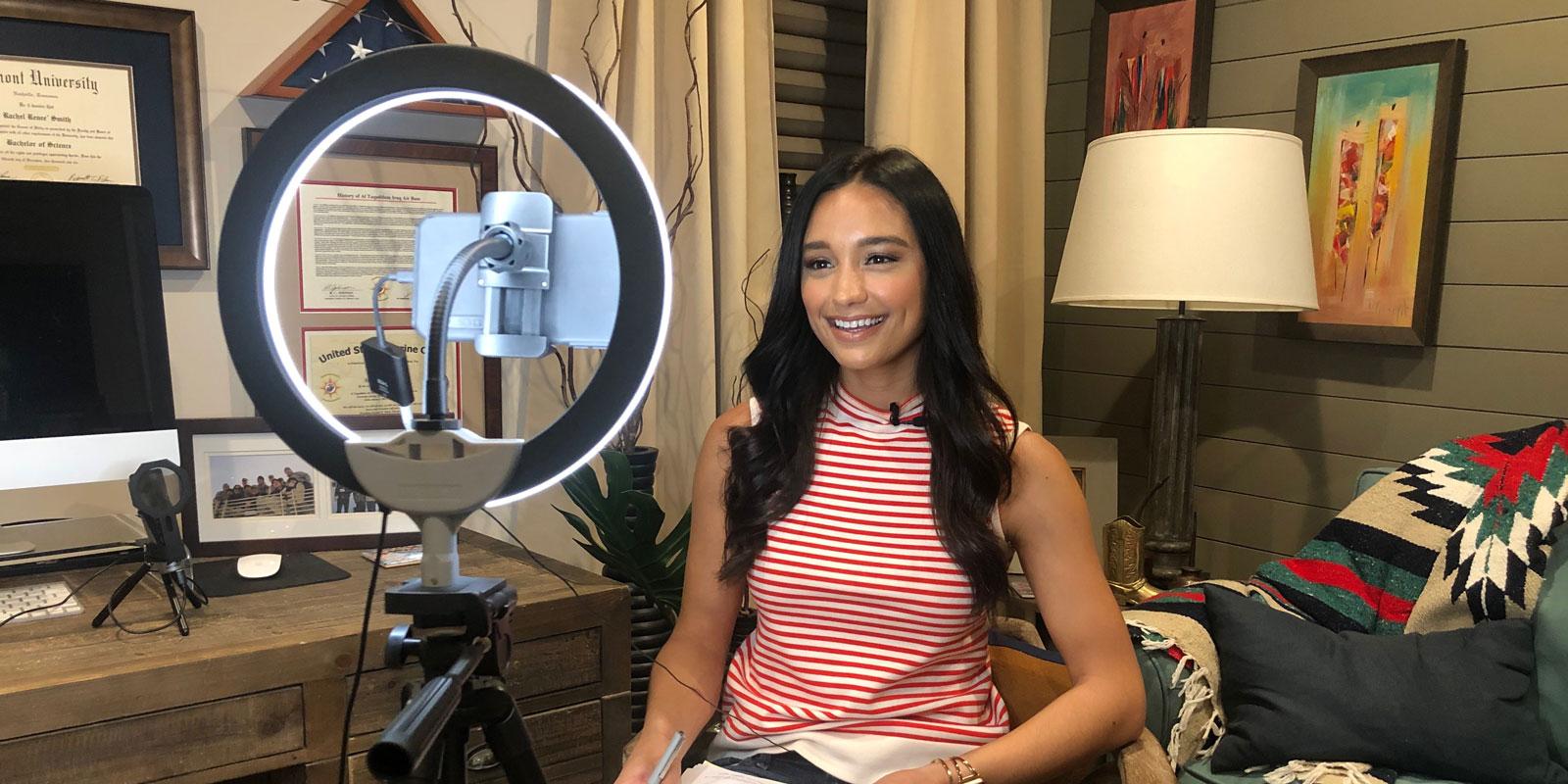 How ‘Entertainment Tonight’ Is Embracing A New Normal 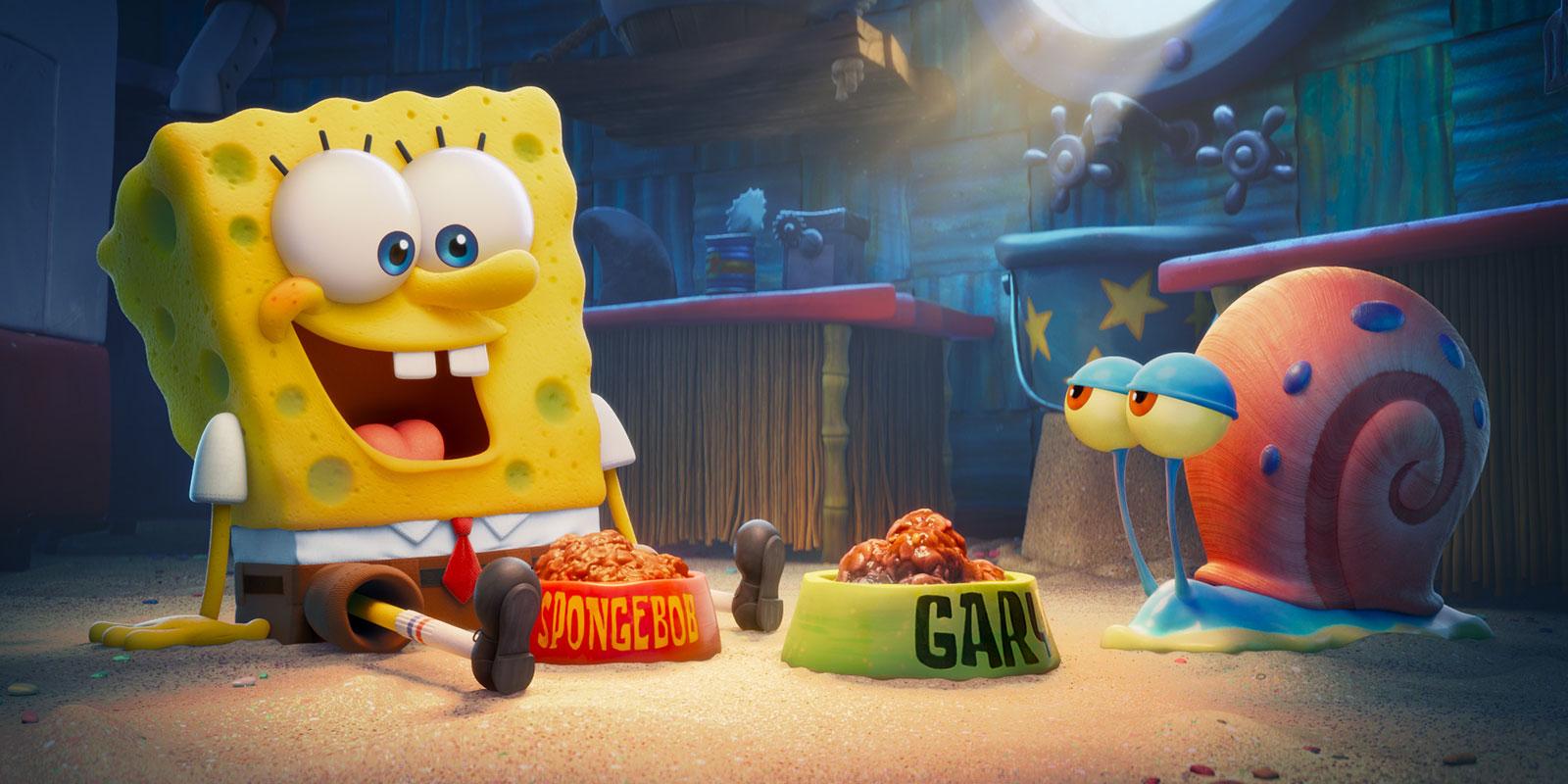 Creating ‘Sponge on The Run’ in the Era of Quarantine