How Comedy Central is Tackling Stand-up in the Streaming Era 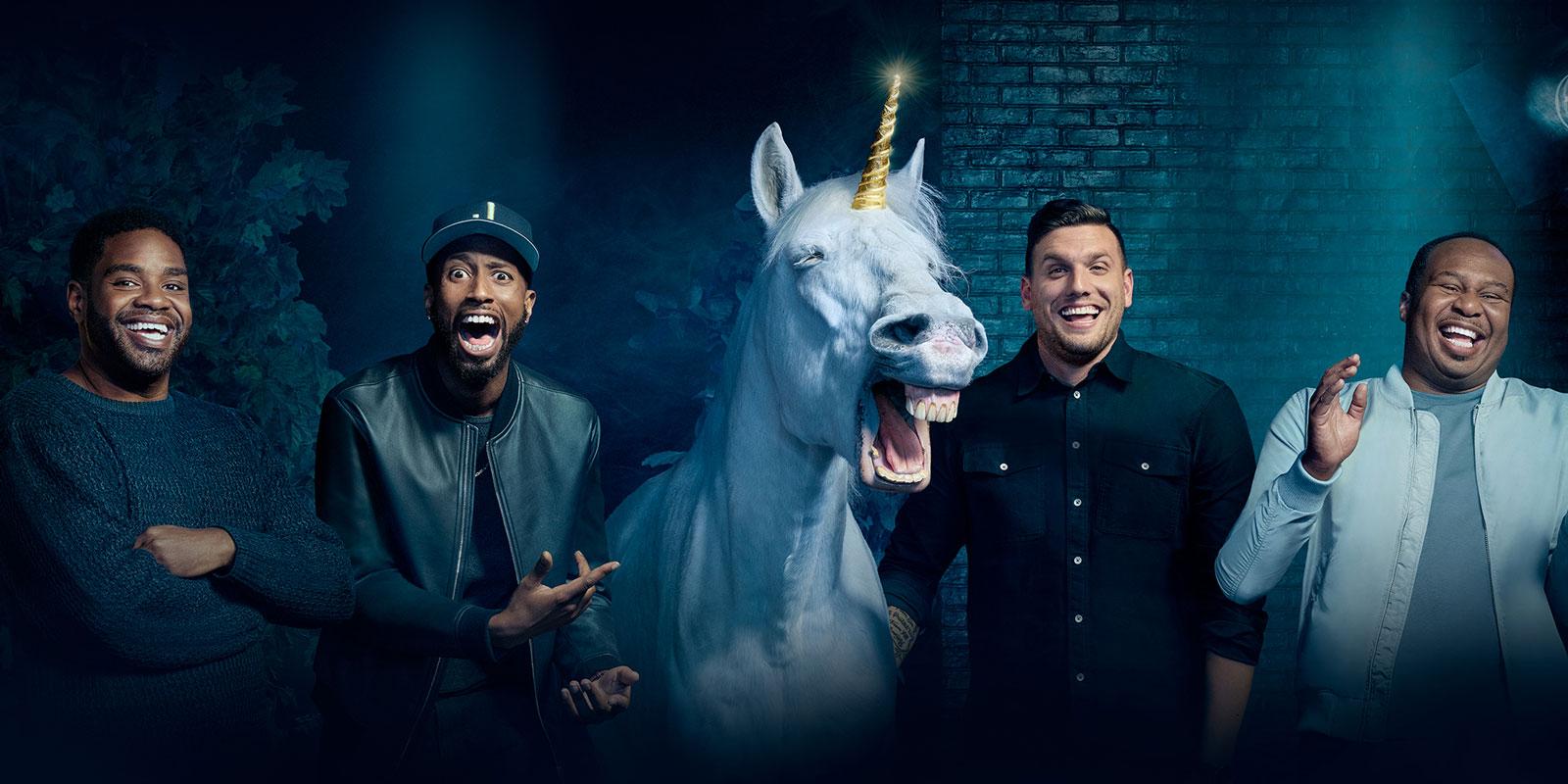 How Comedy Central is Tackling Stand-up in the Streaming Era

January is Stand-Up Month on the network, featuring a slate of one-hour specials.

Comedy Central has been the epicenter of stand-up comedy for more than 25 years, and the network is kicking off 2019 by declaring January Stand-Up Month and putting the art form front and center in the new year. Anchored by four all-new one-hour specials, the celebration is a prime example of the network’s commitment to stand-up curation.

While streaming competitors like Netflix continue to churn out stand-up specials and invest millions in established, A-list comics, Comedy Central steadily continues its commitment to discovering and nurturing the freshest comedic talent in the business. In 2018, the network aired some 20 episodes of comedy stand-up, including the second seasons of Comedy Central Stand-Up Presents and Kevin Hart Presents: The Next Level, plus additional stand-up centric series and hybrid specials. During Stand Up Month this month, it’ll feature specials every Friday night, including Ron Funches’ “Giggle Fit,” which debuted on Jan. 4, and additional hour-longs starring James Davis (Jan. 11), Chris Distefano (Jan. 18), and Roy Wood Jr. (Jan. 25).

“If a special comes out on Comedy Central, I'm confident that it's going to be good and at least has been vetted by a bunch of executives that know what they're doing,” says Distefano. He previously had a half-hour on Comedy Central in 2014 and inked a multi-faceted deal with the network in December 2018. “Some other places, I feel like they just have so much money, they're just giving specials to anybody, and 10 minutes through, you're like, ‘I can't watch this anymore.’ At Comedy Central, at least, you know that there's a high chance of it being good.”

Comedy Central Executive Vice President and Co-Head of Talent and Development, Jonas Larsen, said in an interview with The Hollywood Reporter last November that Netflix “takes the Wal-Mart approach,” while Comedy Central is more invested in fostering talent. “We are about launching new talent and new voices. We can really curate those new voices, and that's what we're really focused on in that space. We'll let them spend themselves silly with big names, but for us, it's really about incubating that new talent and bringing them out to the world.”

Anne Harris, senior vice president of talent and development for Comedy Central, began as a talent assistant at the network in 2001 — when the material submitted by comics came on VHS — and worked on popular stand-up properties from that time, such as the series Premium Blend and Comedy Central Presents and the comedy competition Laugh Riots. She still scouts comedy clubs to figure out who should be offered a half-hour (or one-hour) special.

Harris was the first to discover Distefano at a New York City comedy club and he says that close on-the-ground connection is what made him want to work with the network.

“Anne Harris really was the first Comedy Central person to take a chance with me … We just met and clicked,” Distefano recalls. “That's why I like Comedy Central. I personally see [its executives] at shows, knowing what's exactly happening in the stand-up community, so when they pick a special, I feel like it's from an authentic person. It's from someone who really knows comedy, inside and out.”

Harris and her former boss, Naomi Steinberg, worked diligently to get more representation with the specials and some of the biggest names in comedy today started out on “Comedy Central Presents.” The list is long, but some of the comedians who appeared include Wanda Sykes, Kevin Hart, Carlos Mencia, Jim Gaffigan, Daniel Tosh, Maria Bamford, Marc Maron, Dave Attell, Mike Birbiglia, Zach Galifianakis, John Mulaney, Lewis Black, Bo Burnham, and Patton Oswalt, among others. 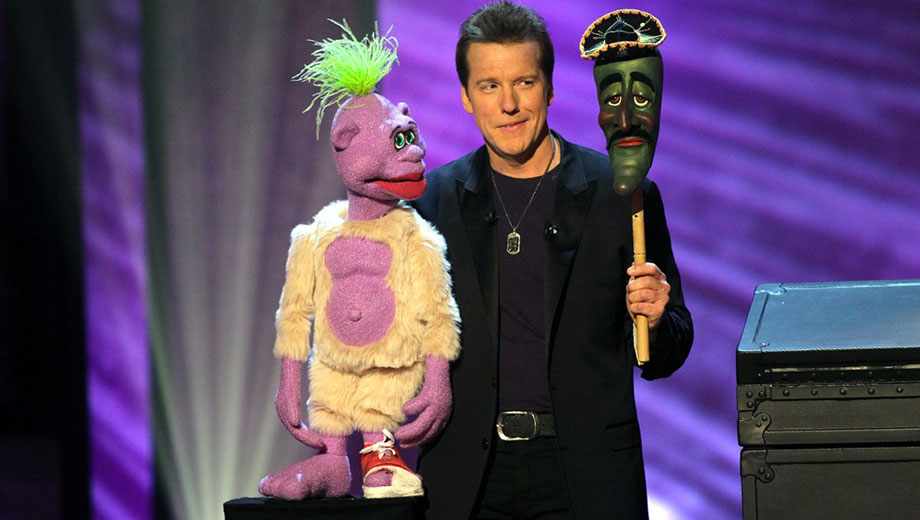 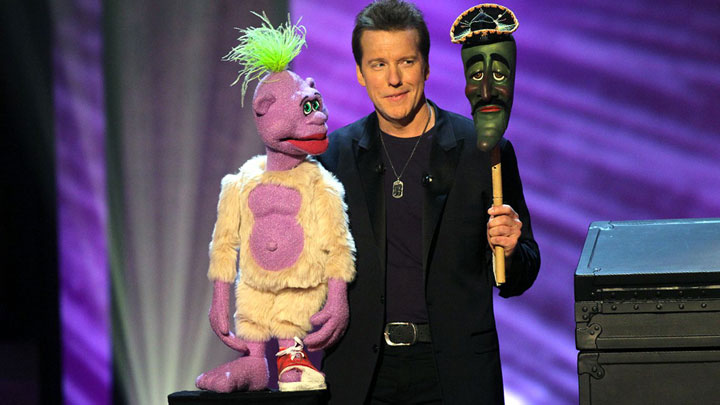 "If you’re a comedian and you don’t have something on [Comedy Central], you need to reconsider."

Steinberg, who was director of East Coast talent development in the early 2000s, recalls offering Bill Burr his first half-hour back in 2003 and awarding Retta the winner of the network’s first Laugh Riots stand-up competition. Steinberg also remembers having to really fight to get Jeff Dunham on, which she says is “so ironic now,” considering his success.

“I was trying, when I sort of took over, to introduce more urban comedy, and more women into the mix. It was very male dominated when I took over,” Steinberg, who left the network in 2005 after 13 years, recalls. “I'm really proud that we were able to do that, slowly but surely, over the years.”

As Larsen noted in his November interview, the network is about choosing comics that could become an asset to the Comedy Central brand—just like Distefano, who has an unscripted series, cartoon, comedy podcast, and a second hour-long special in the works.

“The people that we select to do specials are our future network stars,” Harris adds. “We actively develop with these folks that we have in our talent pipeline. We take a hands-on, white-glove approach to building talent and put all the resources that we can behind them.”

The boost of a stand-up special

Andy Kindler, a comic who had an early start on the network (back when it was the Comedy Channel in 1989/1990) doing everything from show format testing to dressing up like a giant inflated globe during the O.J. Simpson trial, told Viacom of the network’s impact on the stand-up community and comedy in general.

“HBO led the field early on with the Young Comedians Show. But then I think Comedy Central took over that mantle of really being faithful to promoting stand-ups,” recalls Kindler, whose first special was in 2006. “What made [Comedy Central Presents] unique was that it was a commitment by a network to do a certain amount of specials,” he explains.

Yamaneika Saunders, who recently had a special on the newer version of Comedy Central Presents, titled Comedy Central Stand-up Presents, says being attached to the network is a big boost for a comic’s career. “If you're a comedian and you don't have something on that network, you need to reconsider,” she says.