Inside the Long-lasting Appeal of the Teenage Mutant Ninja Turtles 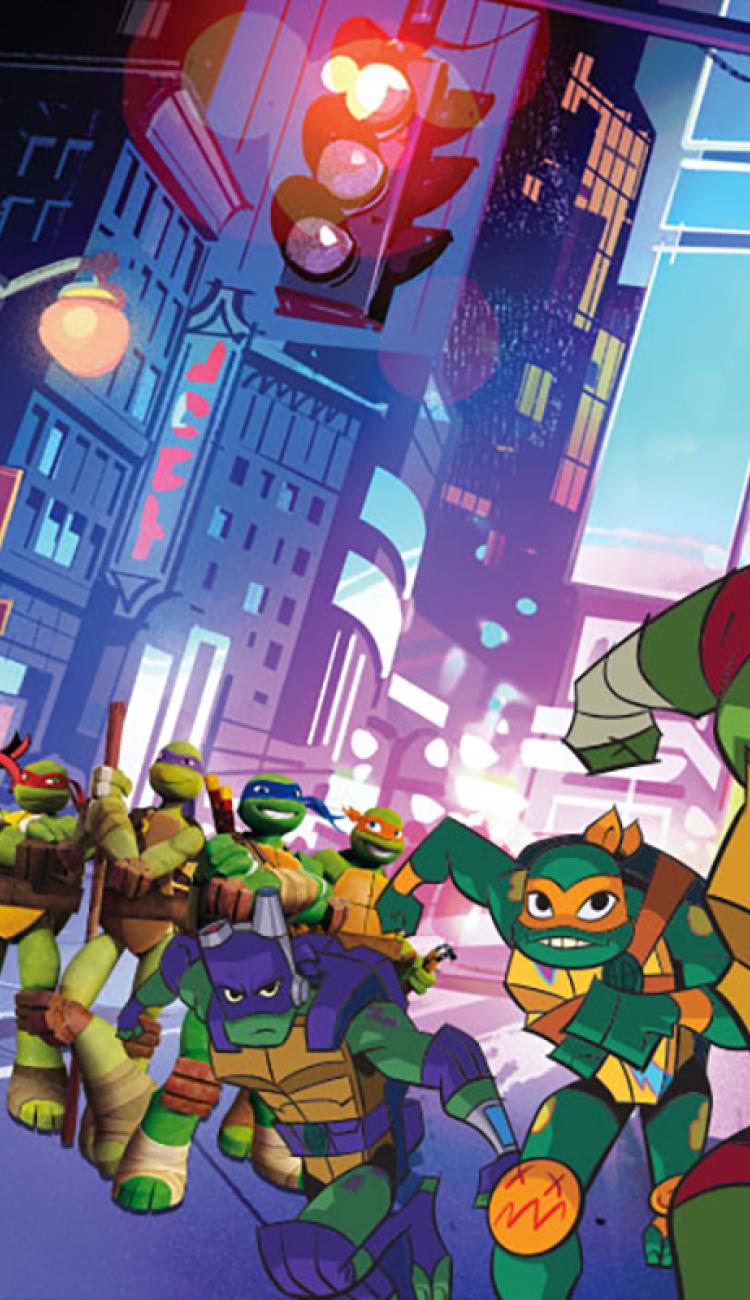 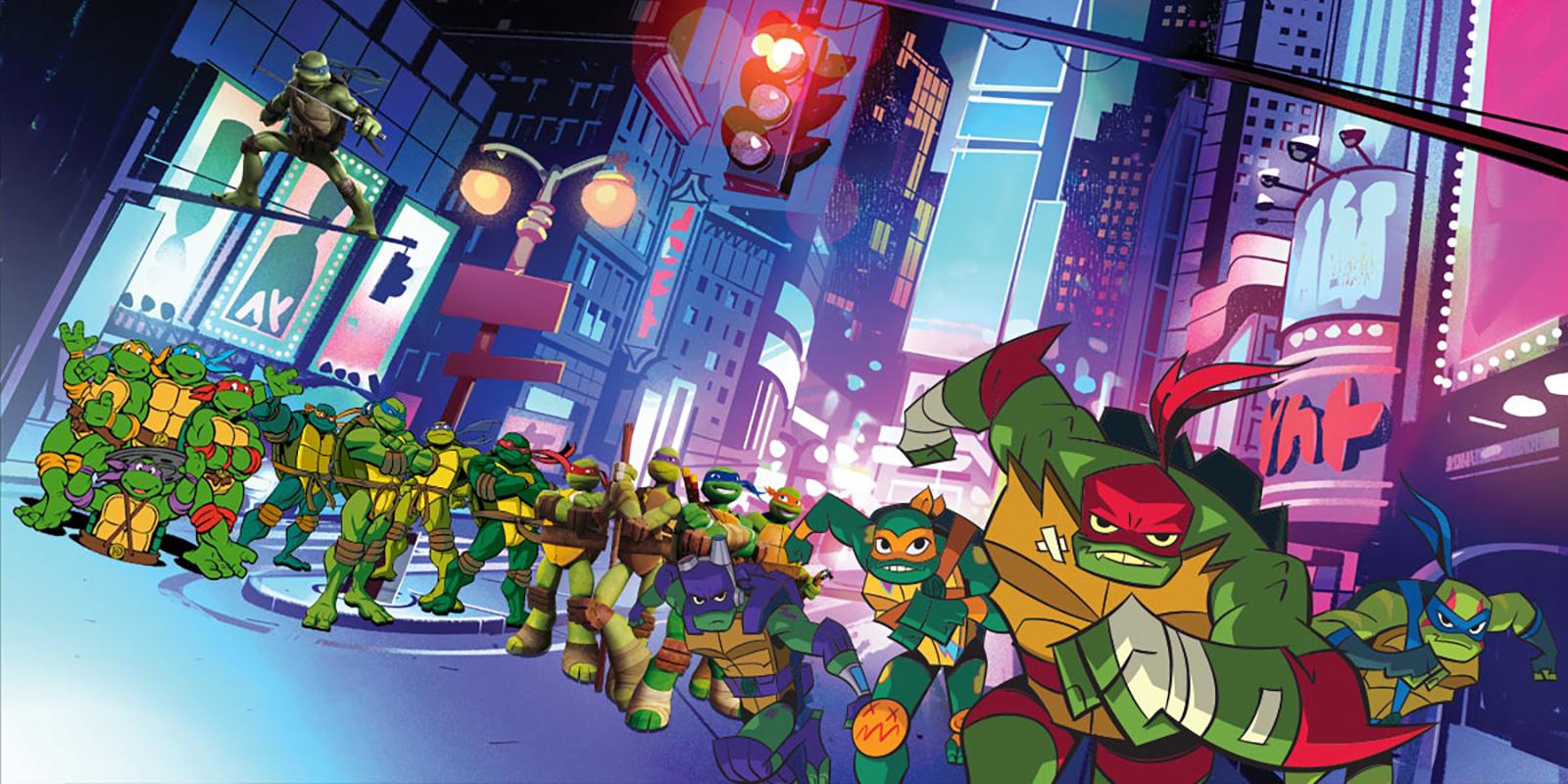 Inside the Long-lasting Appeal of the Teenage Mutant Ninja Turtles

Why generations of fans have found the turtles to be irresistible.

Of all the franchises kids from the ‘80s and ‘90s love to remember, the Teenage Mutant Ninja Turtles is probably the most outlandish. Even the name has the structure of a great joke: the steady buildup of three increasingly incongruous but promising iambic adjectives—TEENAGE! MUTANT! NINJA!—only to end in the ba-dump-ching bathos of TURTLES. It’s easy to look back and wonder: Why were we so into that?

Yet they’ve persisted. When Nickelodeon’s new Rise of the Teenage Mutant Ninja Turtles debuts this month, it will be for at least the sixth version of the TMNT to air on TV. Ninth, if you count the movies—and if you fold in the comics, video games, and the stage show, we’re getting into the double digits.

Each reboot is different, but the core mostly remains the same: something mysterious happened to transform four turtles into humanoid teenagers, and now they live in the sewers, eat pizza, and fight crime with their extreme martial art skills.

This formula has stayed winning for thirty years. Since their debut in the early 1980s, there’s hardly been a time when some TMNT variant hasn’t been in circulation.  For almost as long, people have been trying to figure out why.

From Counterculture to Mainstream

TMNT started life in a black-and-white comic book, self-published by two young cartoonists from Northampton, Massachusetts named Kevin Eastman and Peter Laird. The series was partly an in-joke-filled parody of the grim-and-gritty superhero comics of the early 1980s. But it was also, as writer John Parker put it, a straightforward “urban action book birthed in the heyday of punk and wet and sticky with that energy.” It was half serious, half sendup, all DIY. The issues sold out at comics shops around the country as fast as Eastman and Laird could print them.

Everything changed when a licensing agent named Mark Freeman approached the duo with the idea of taking the Turtles mainstream. Freeman shopped the concept around, and finally found a taker: a small toy company named Playmates, which put its marketing team to work adapting a weirdo comic book for adults into a cartoon and a toy line for children.

"The themes and tropes that made the Ninja Turtles comics what it was, remained absolutely intact."

Opinions are divided on how much of the original survived this transformation. “Aside from the basic ‘teenage,’ ‘mutant,’ and ‘ninja’ components, everything we associate with the Turtles today came from an entire team of ad men, artists, toy execs, and screenwriters,” wrote Sean Collins in Rolling Stone.

Media critic Ron Rosenbaum (no relation to this reporter) disagreed: “The reason the show succeeded—and the reason the multifarious subsequent adaptations would also succeed,” he wrote in Raise Some Shell: Teenage Mutant Ninja Turtles, was that “… the themes and tropes that made the Ninja Turtles comics what it was, remained absolutely intact.”

Either way, the world was unprepared for the resulting phenomenon. Starting in 1987, when the cartoon debuted, the Turtles were everywhere: on TV, in video games, in a touring stage show, plastered on a kabillion pieces of merch. By 1990, when the live-action movie hit theatres, TMNT accounted for 60% of all action figure sales in the world, to the tune of $1.1 billion. Kids pleaded for karate lessons; in the UK, newly popular pet turtles became an

No one really knew what to make of all this, but takes abounded. In scholarly papers and magazine articles, the turtles were variously interpreted as:

Ninja Turtles are post-modern tricksters reminiscent of the medieval carnival of fools”).

But the appeal of Teenage Mutant Ninja Turtles is a lot simpler than any of that.

An Irresistible Core of Characters

The basic elements of TMNT—those “themes and tropes” that survive the turtles’ every mutation—are irresistible. A band of found family, a home outside society, a higher cause: you could be describing anything from Robin Hood to Star Trek. At the same time, the simple, noseless faces of the turtles allow for what cartoonist Scott McCloud calls the “masking” effect—their featureless-ness makes it easy for the audience to slip in behind them. (This might be partly why so many people felt disturbed by the recent film versions, with their disconcertingly detailed nostrils.)

"They’re normcore outcasts, mundane mutants. They embody the subtle and difficult contradictions so many kids of so many backgrounds must negotiate."

Academics may have projected a plethora of interpretations on the Turtles, but kids have always projected themselves on to them. Unlike blond, blue-eyed He-Man, the turtles are green, outside of race; like Transformers, their turtle bodies are devoid of any obvious gender, but unlike Transformers they’re clearly American kids who love video games and pizza.

It’s easy to read them as second-generation immigrant kids, acculturated differently from their accented rat dad Splinter, but connected to him through the heritage he has taught them, which they cherish. They’re normcore outcasts, mundane mutants. They embody the subtle and difficult contradictions so many kids of so many backgrounds must negotiate.

“The turtles are a single family, at once apart from the world and for it, at the vertex of every imaginable opposing idea of identity,” Rosenbaum wrote. “By making hybridity and transformation its subject as well as its structure, TMNT was exceptionally well suited to interrogate its primary theme: the issue of multiple identities.”

The latest cartoon—unlike the most recent R-rated movie versions—is aimed squarely at kids. April O’Neal, the human chick sidekick, is a teenager too this time around (and Black, like her original namesake, Eastman’s first wife April Fisher). There are the usual rad action sequences punctuated by silly jokes. The architecture of is all there, waiting for another generation to discover.