MTV Partners with Lena Waithe to Save Mothers' Lives 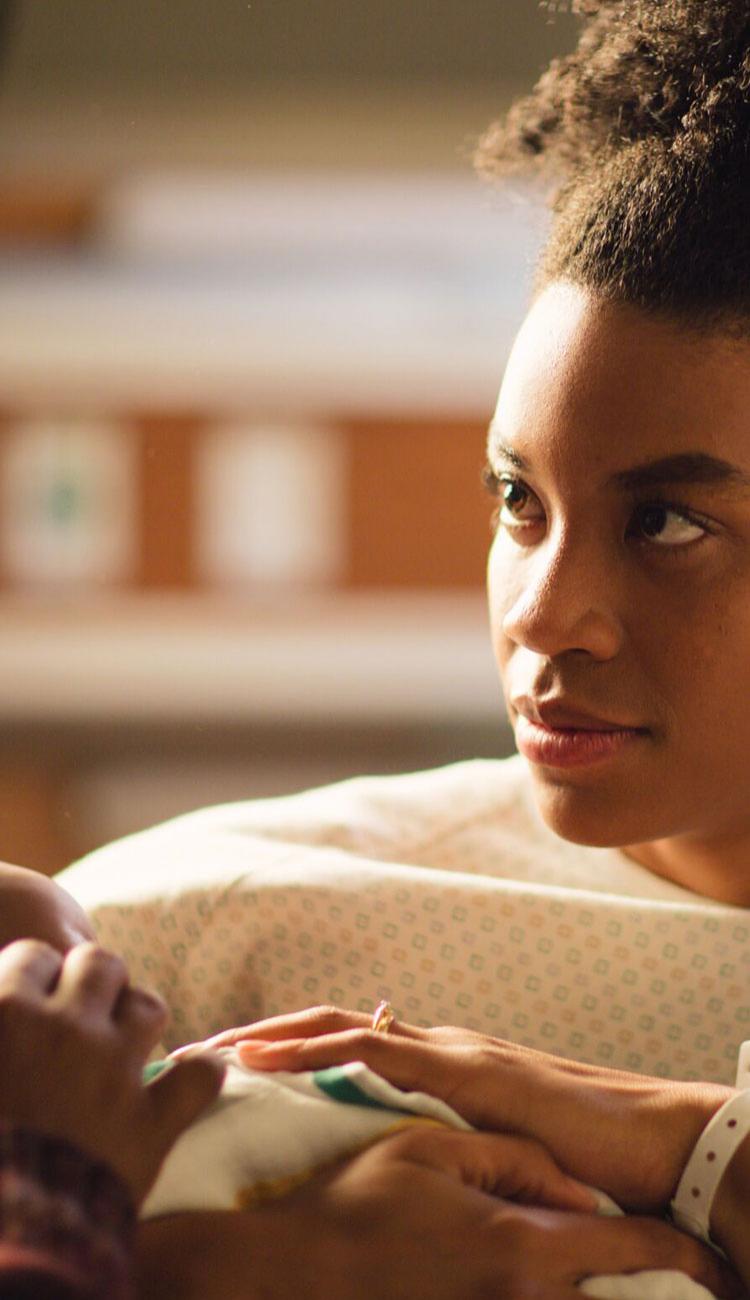 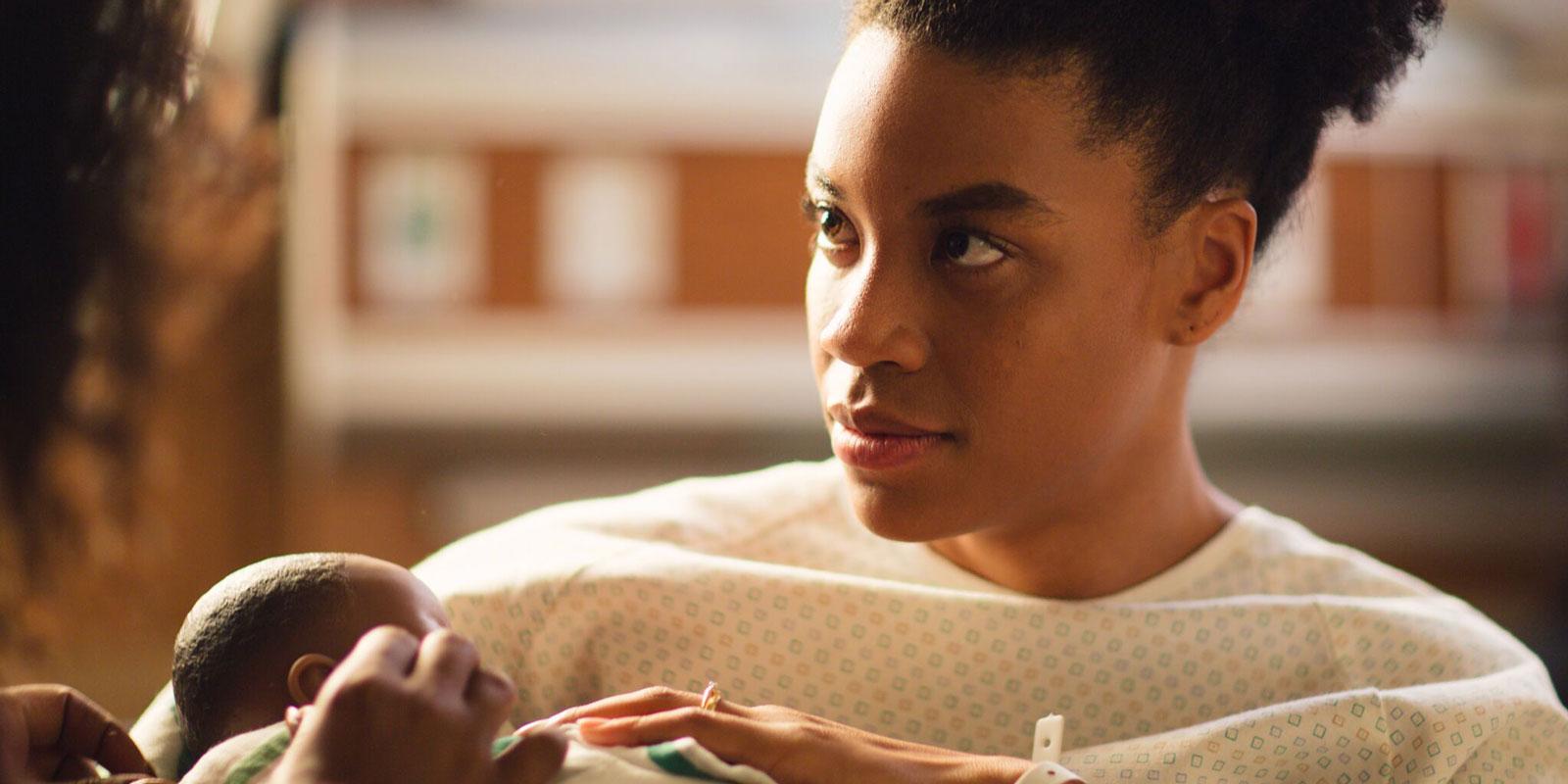 MTV Partners with Lena Waithe to Save Mothers' Lives

Inside the making of the brand’s campaign to combat America's rising mother mortality rate.

One of the most dangerous places in the developed world to give birth is the United States, and MTV wants to help create awareness.

The statistics are startling: 700 women die in the U.S. from pregnancy-related complications every year, according to the Center for Disease Control and Prevention. It’s a health crisis with a racial disparity, as the risk of these complications is three to four times greater for black women compared to white women.

"We really wanted to make sure that we were authentically portraying this issue."

And, the death toll has doubled in the past 30 years despite the fact that 60% of all the deaths are preventable with better health care and support.

To raise awareness, MTV enlisted the help of Emmy award-winning producer Lena Waithe and Hala filmmaker Minhal Baig, as well as a largely female-staffed production team with diverse perspectives, to create a PSA that tells the story of an expectant mother who begins to show signs of distress.

“It’s not just a women's issue. It is a human issue, so we were inclusive, but it felt really empowering to have all of these women working on this project in these really prominent roles,” said Amy Campbell, MTV/VH1’s SVP of brand creative, who led the development of the PSA from the brand side.  “We really wanted to make sure that we were authentically portraying this issue and that every piece of it was as real and as important as the issue itself.”

The PSA was supplemented by a digital action hub that provides educational resources to expectant mothers, and the brand partnered with Black Mamas Matter Alliance and Every Mother Counts to reframe the conversation on maternal health.

Viacom spoke to director Minhal Baig and Amy Campbell to get a glimpse at how the spot came together.

Viacom: How did the initial idea for the PSA come about?

Amy Campbell:  The brands have always been very committed to doing socially conscious work and developing prosocial messaging. The idea of maternal health came up really strongly because the statistics are really shocking. And so, as we discussed it, we thought it would be a really great topic to bring to the forefront and really try to enact change.

Max [Zorick, director of social impact for MTV, VH1, and Logo] and his team worked to put together a microsite to really go deeper into the issue, and then on my side, the creative side, we started talking about what sort of on-air and digital social spot that we could use to bring awareness to this issue.

Minhal Baig:  What was unique about this project is that when I was approached by Lena Waithe’s Hillman Grad Productions … They had this very loose idea for a PSA that would be addressing the high maternal mortality rate in the U.S. and what we could do to change that.

I had my first phone call with the MTV social impact team, and I got a sense of the beats that they wanted to hit …  statistics and moments that they wanted highlighted in the PSA itself. Then, I got to work on putting together treatments with more information. I gave the characters names, April and Jermaine.

I start out with the question: Who are these characters and what is their story? From there, I build the narrative and the plot around them and fill out each of the scenes.

V: What was it like working with Lena Waithe to bring the project to life?

AC: She was really supportive, just very genuinely, authentically eager to be part of it and feels like it's a really important topic. So, that started a really wonderful creative partnership with her and her team, and then she brought Minhal to the table, who we quickly embraced.

MB: She was involved from a creative standpoint too. At one point, we sent her a draft of the PSA, and she said, ‘I think that it would work if we took out the sound in this one scene,’ where April’s mother and her husband are informed she passed away. We pulled it out, and it worked beautifully. Then, we ended up pushing up the score in that moment so it just felt more effective.

V: From a filmmaking perspective, how do the different elements of character, plot, and sound in the video work together to engage viewers?

AC: We had really open-hearted and open-minded discussions about how to tell the story in the best possible way, from the music selection and scoring of the piece to the actual storytelling and how we could fit everything into the time that we had. We knew that it needed to be executed impeccably.

MB: I had always approached this as a short film. I wanted it to be very narrative and cinematic. I wanted the audience to get emotionally invested in these people and this woman, April.

On all of my projects, I fill out the scenes with a lot of layers of sounds so it feels like it's alive and it's not just a score on top of visuals. So, we put in even small things like traffic and birds that are almost imperceptible. And then, there are moments like when she is at the hospital in labor, and it was very important to make clear there is something going wrong. So, we had the doctor shouting, the machines beeping, and the score coming in to indicate things are not going as planned. 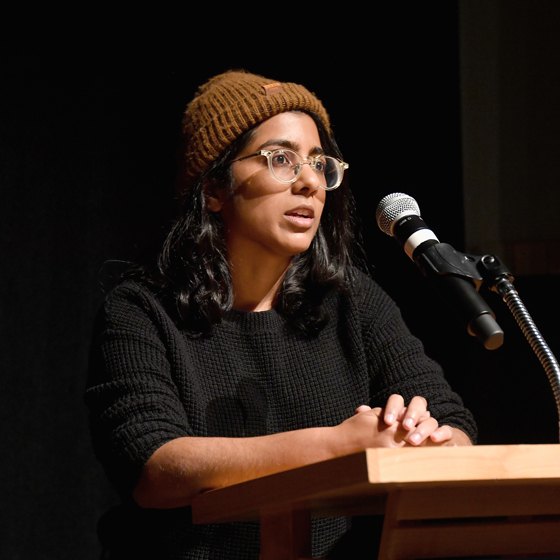 "I had always approached this as a short film. I wanted it to be very narrative and cinematic..."

V: What other factors influenced production?

AC: A lot of us who worked on it were women. I know it sounds a little rah-rah, but the whole experience was just really empowering.

MB: We were all approaching hiring very consciously. I reached out to my friends, Constanza and Domenica Castro, who formed 271 Pictures, and they came on-board as additional producers on the project.

I wanted to give a lot of opportunities to women on this project because I felt like it’s a subject matter a lot of them really care about and want to be a part of, but also because it's not just about having stories about women or having female-centered projects on-screen, but also having women represented in the below-the-line crew. We also made sure that we had persons of color on our team and LGBTQ representation, and we did. It was a very special experience.

I also really appreciated that MTV had a gynecologist on set. I really liked that they cared enough to do that and made sure that a doctor reviewed our treatment. We had conversations where I would ask: ‘Tell me the difference between labor pains in which she's hemorrhaging versus normal labor pains,’ and that was really key.

"The whole experience was enlightening and empowering. It felt so good to be making a message of that level of importance."

AC: We shot for two days in L.A., which was just phenomenal. Like many pro-social campaigns, we were challenged for time and budget, and so we worked really carefully and quickly. We made the best use of all of our locations and additional casting.

The whole experience was enlightening and empowering. It felt so good to be making a message of that level of importance. Everything we do is important and big, but this had a really, really deep and important message, and the idea that it could change people's lives and the outcome of their lives was really, really inspiring.

MB: MTV was so supportive and helpful. We were always on the same page that it was gonna be this narrative approach and they trusted the team.

And then they were on set as well. In a spot like this, 90 seconds or 60 seconds, you have a short time to convey information. It has to be accurate. And you want people to come away with the right message. So, it was great that we all were in agreement with the overall direction. We cast it in one day. We did all the costumes in one day. It was a very smooth process.

[Scroll through exclusive behind the scenes photos below.]

V: What do you want viewers to take away from the spot?

AC: First of all, it's awareness of the issue. The statistics are shocking. People need to know this. I think the other thing is what we were saying about understanding society's role in this, that everybody has a responsibility in this, whether you’re a coworker, a friend, or a sister. We as human beings have, I would say, have a responsibility and the ability to help care for women. Thirdly would be for women to recognize their agency in promoting their own health and being aware.

We need to change the dialogue, because maternal mortality rates in the U.S. are some of the worst in the developed world, particularly among black women. So, if we want to change that, we need to approach this problem from multiple sides and also accept that, as a culture, we have an obligation to pregnant women and an obligation to bring children into this world safely. 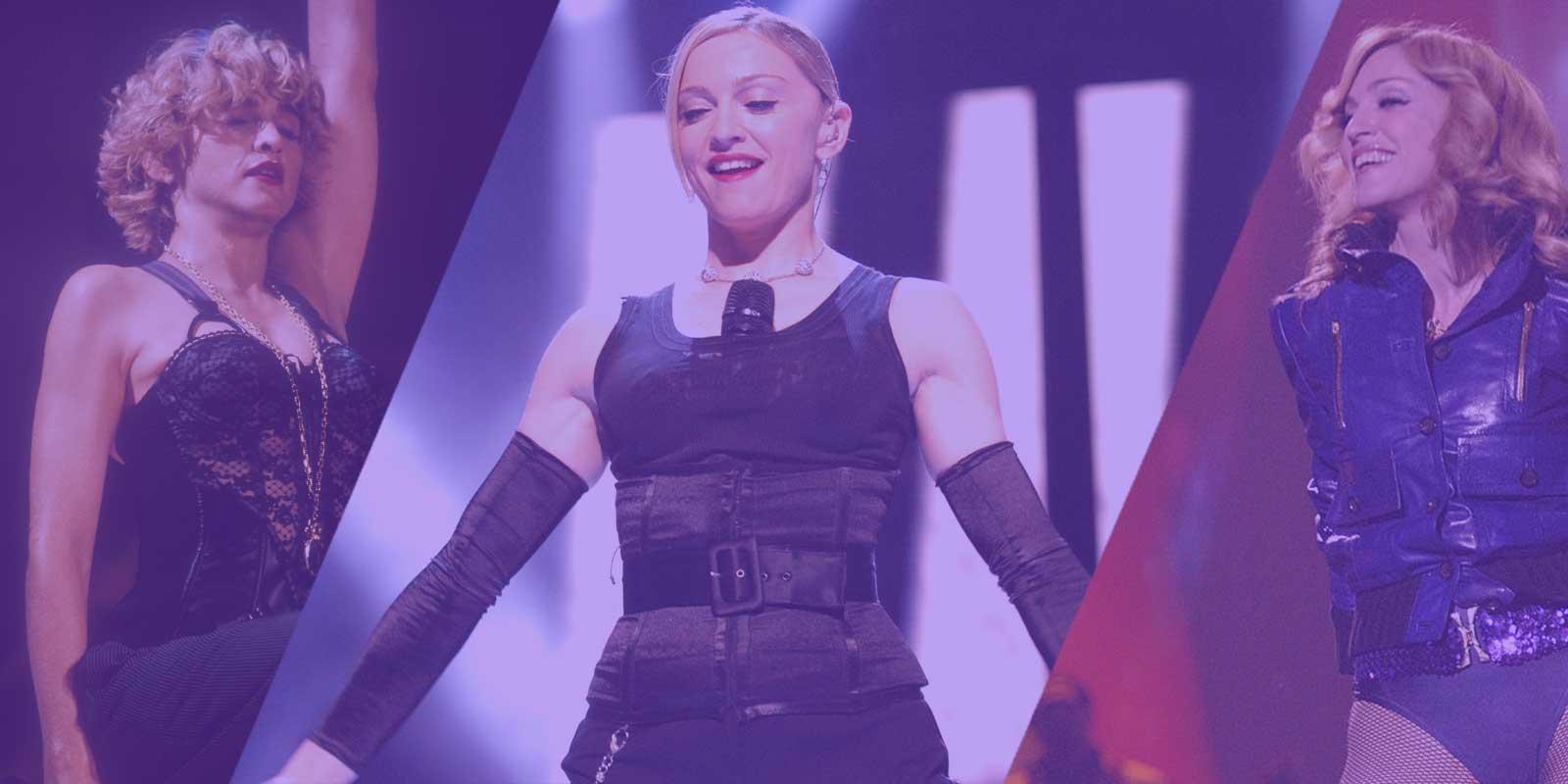 Madonna + MTV: The Release of ‘Medellín’ Is the Latest in Long History of Collaboration 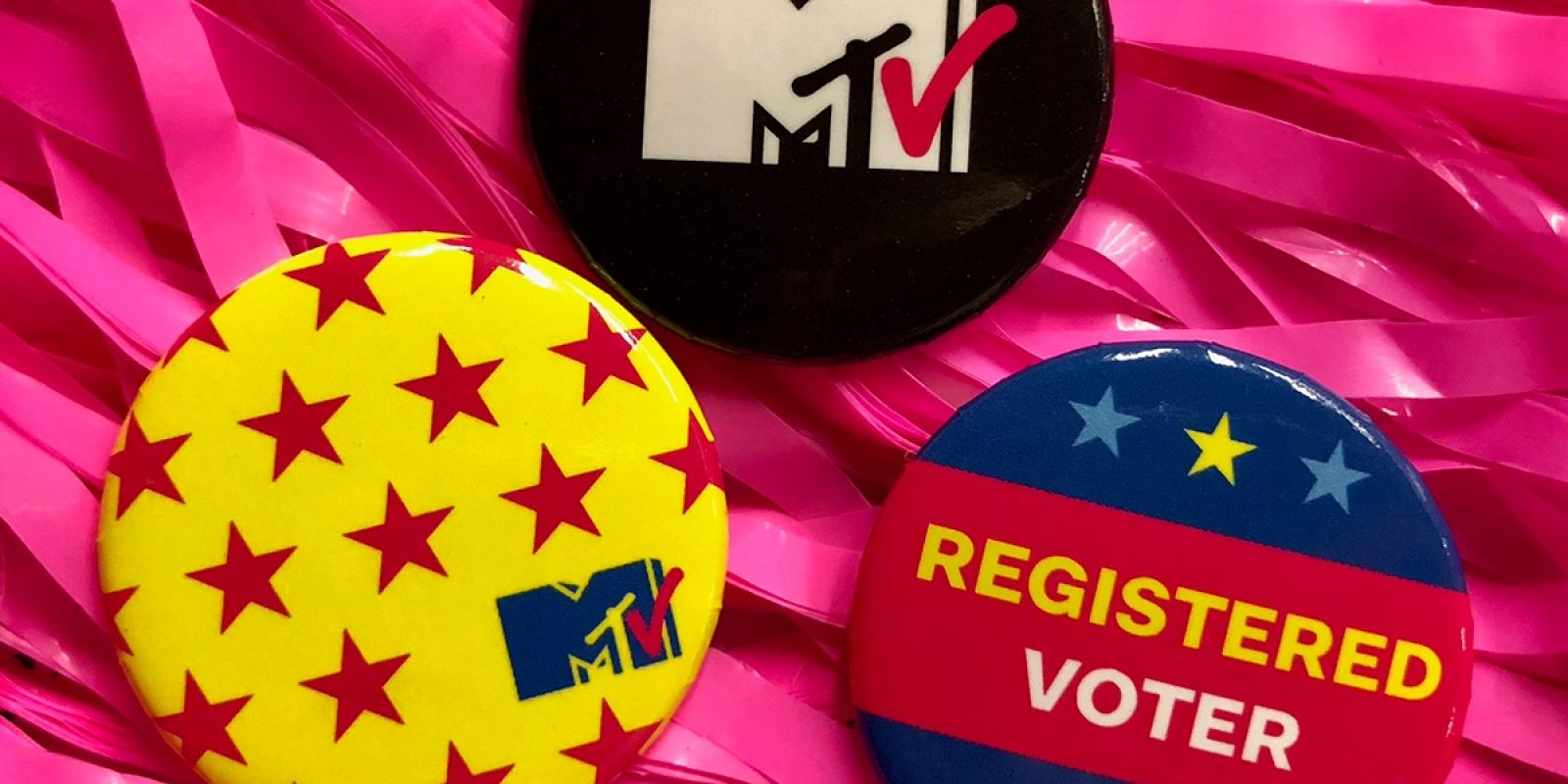 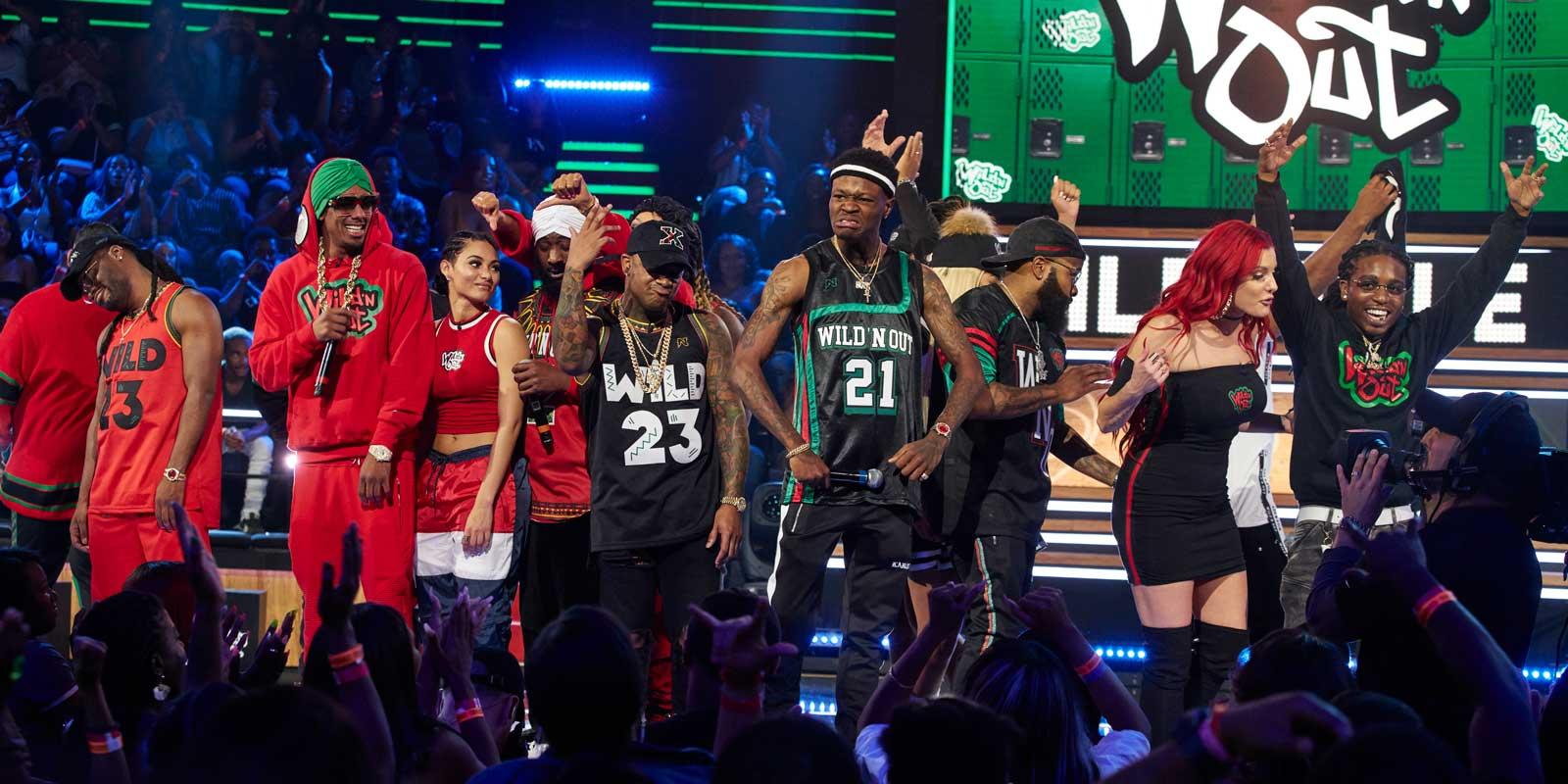