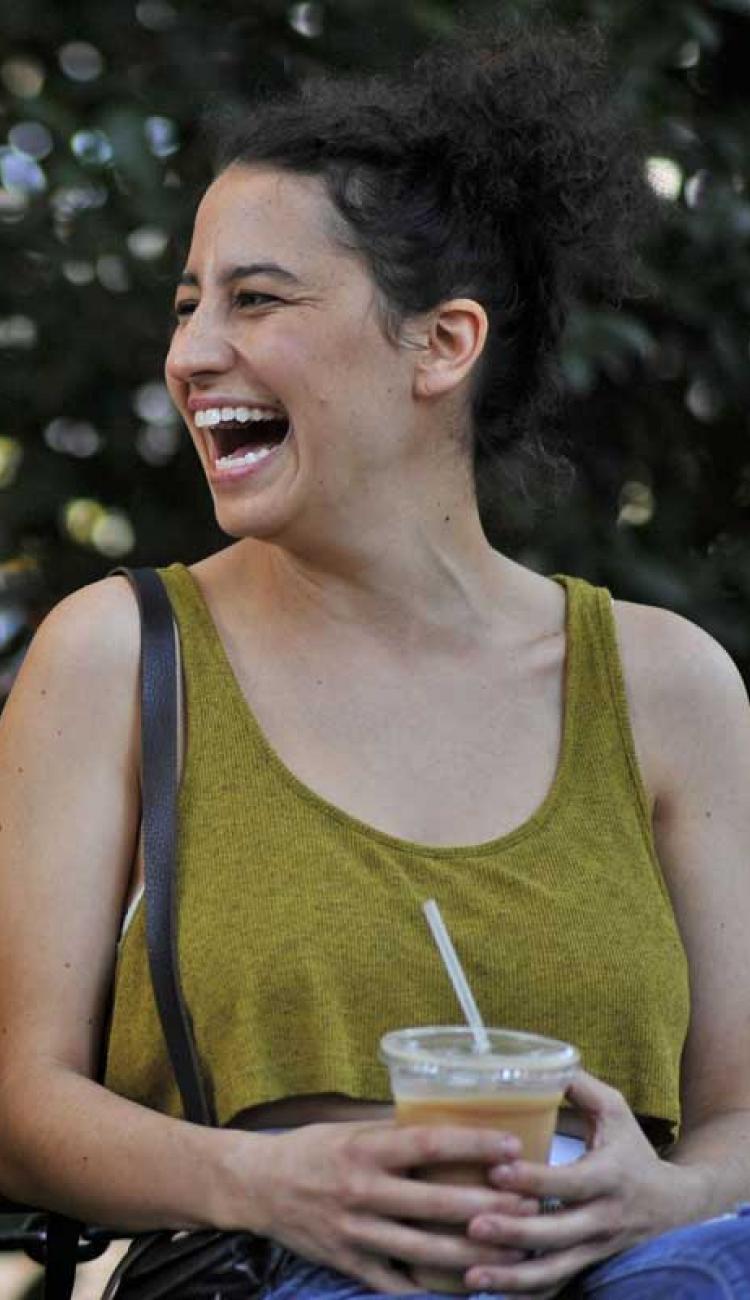 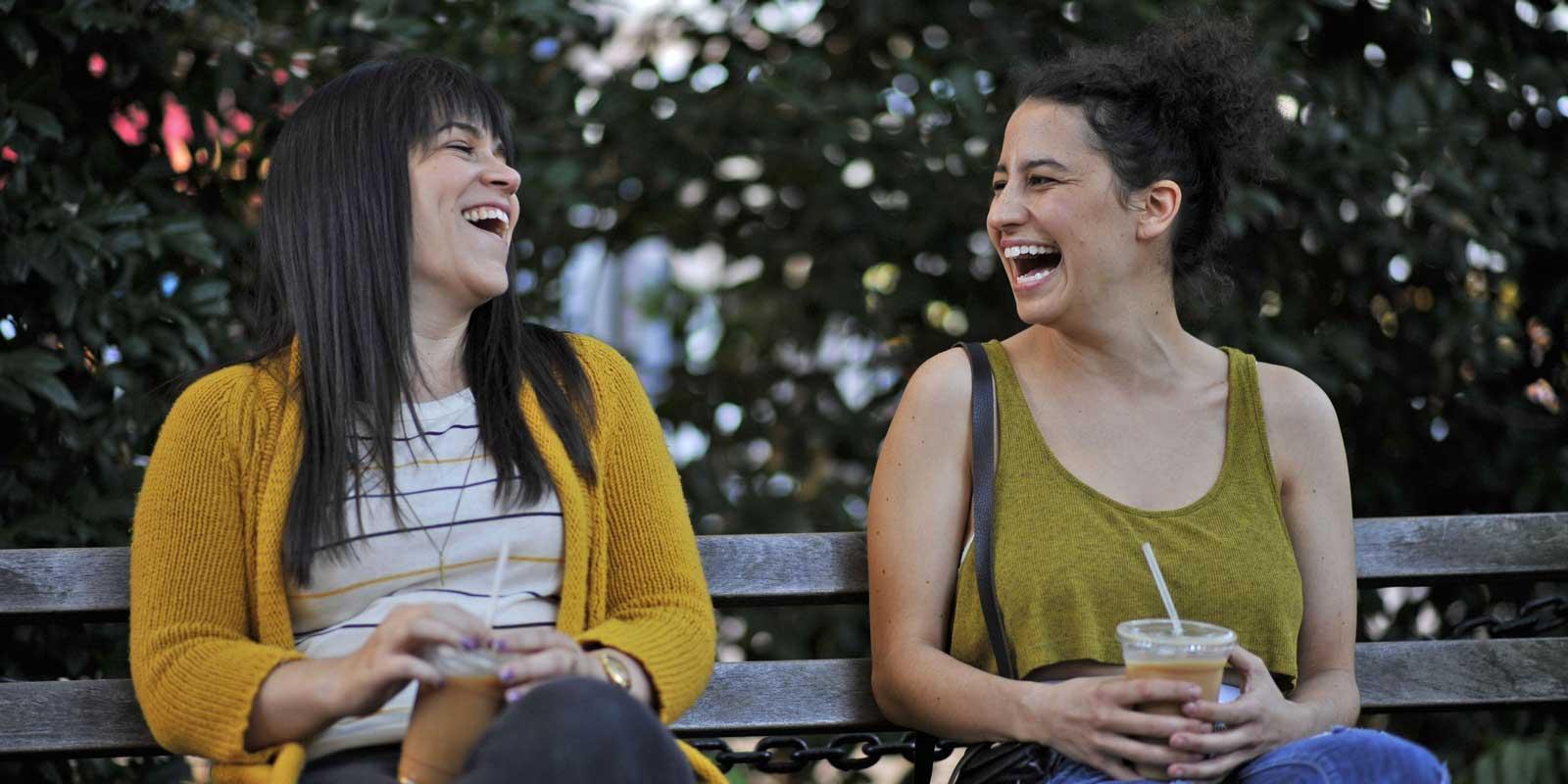 The show’s strong online presence is designed to keep fans engaged after its final season airs.

Last week, Comedy Central's Broad City returned with a fifth and final season premiere that mimicked a daylong Instagram story, complete with emojis, stickers, and quirky hashtags. The episode — aptly titled “Stories” and filmed entirely on the iPhone X —  offers viewers an intimate look at the lives and friendship of Abbi Abrams (Abbi Jacobson) and Ilana Wexler (Ilana Glazer), one that makes them feel like they’re real-life friends with the NYC BFFs.

The irony in the episode's innovative approach is that it offers fans a heightened level of engagement and access that they’re familiar with via the show's official social media accounts.

“A lot of people have a best friend, their Abbi or Ilana, and that's how they’re connecting with the show,” says Shannon Maguire, director of digital series strategy at Comedy Central. “We just made that a social experience.”

Jacobson and Glazer, who both worked SEO jobs before imagining the series, aren’t personally addressing fans and posting on the Broad City Twitter or Instagram feed, but their tone comes through clearly and the style of the posts is all them. The show’s social media strategy is marked by diverse content, from hashtaggable momments and viral memes, to episode-inspired blogs, custom apps, and a digital exclusive series. It also boasts impressive ROI with more than 100,000 new followers and 35 million total social video views in 2018 alone.

Broad City’s fan-focused social media strategy provides insight into how brands can create an effective online marketing campaign. But, with the show ending this season, it also illustrates how content creators can build an online presence that actually stands the test of time — just like deep friendship between Abbi and Ilana. Here are three key lessons marketers can take away from the beloved comedy’s social activity.

Know your audience inside and out.

"The whole thing about Broad City that's different from other shows is that the social strategy was born out of the fans' behavior."

The minds behind Broad City’s social strategy know the fans and know what those fans love about the show, which has allowed them to create content that really resonates

“The whole thing about Broad City that's different from other shows is that the social strategy was born out of the fans' behavior, and we really did adapt to work with them and give them content that they would really respond to,” explains Maguire.

For season five, the Comedy Central social team tapped into nostalgia and the fans’ desire to know how the final season will end, so they built excitement with behind-the-scenes footage and visual recaps of some of the show’s most memorable moments to create “the ultimate experience of production for this final season,” Maguire says.

For seasons three and four, the team tailored posts to address the fans political anxieties and awareness before and after the 2016 presidential election, including behind-the-scenes content from the Hillary Clinton-cameo episode and a "Trump-No-More" browser extension that converted every text mention of “President Donald Trump” to “Tr***.”

San Diego-based social media consultant Jenn Herman explains that one of the first things she noticed about the show’s social feeds was that the people doing the posting were “speaking to their audience.”

“I think so many brands make this mistake where they try to speak to everybody and they want to be super politically correct. They don't want to offend anybody, and they want to appeal to every single person on the planet, but if you're speaking to everyone, you're really speaking to no one.” says Herman.

“It's like if Ilana had social media is this what it would look like,” said Maguire. “People respond to the account and engage the account as if it's the girls, and I think that's really special to this show.”

Plus, the pairing of relatable hashtags — #weekendvibes, #fomo, #wcw — with the most relatable moments from the show allows an ongoing dialogue with followers.

“They seem like every day normal human beings, and we, as users on social media, want that very natural interaction,” says Herman.

When it comes to experimenting with new ideas and tactics, “Abbi and Ilana are so willing to play ball,” Kara Rosenthal, producer for Comedy Central digital series strategy, explains.

Over the years, the social team has experimented with different types of video content, interacted with fans in comments sections, and developed their own GIF keyboard with Ilana and Abbi-centric stickers and GIFs to keep fans engaged with episodes after they’ve aired.

Partnerships with Lyft, for the creation of a Broad City bus that featured a replica of Abbi’s apartment, and Lovehoney, for release a line of sex toys inspired by the series, also round out the long list of well-thought out online interactions with fans.

"Sometimes you don't know what your audience wants until you give it to them."

While all their ideas weren’t successful, the team maintained an attitude of “whatever, we'll give it a try. If it fails, it fails, but we want to be on the forefront of whatever the social media accounts are trending,” Rosenthal explains.

“Sometimes you don't know what your audience wants until you give it to them,” Herman adds.

Seek out new avenues for engagement.

From Twitter to Facebook, to Instagram, and Snapchat, there are so many social media platforms available. And while Broad City engages its audience across multiple channels, the social team has been particular about making the most of the benefits those specific platforms have to offer.

“Whether you’re promoting a TV show or a business, chances are, your audience is using social media. And most likely, they’re using several different social networks,” says Bullock.

“My advice for anyone who seeks to promote themselves online is to start by researching their audience to see where exactly they’re spending their time online.”

The show had a very active Tumblr presence when the social networking site was at its peak in 2014. In fact, the first episode was posted to Tumblr in 2010.

Jacobson and Glazer have always been hands-on, and back then they often used the platform to share fan-created content as a way to directly engage with and recognize their most enthusiastic fans.

Later, recognizing that their fans are always online when the show’s on hiatus, the group created the Primetime Emmy Award-nominated series Hack Into Broad City, a digital exclusive web series that was created to keep fans engaged with the duo in between seasons.

Maguire explains, “Abbi and Ilana were like, ‘Okay, how can we keep the show relevant, keep people interested in a unique way?" and they started pointing out, ‘Oh, well, the girls obviously talk when they're not together, so what does that look like? And so Hack was born.”

Broad City built an incredibly detailed world around the real lives and real friendship of the comedy couple that portrayed exactly what it is fans love most about the show.