“Programs like these pick me up and give me hope,” says Marvin Hernandez, a member of the inaugural Content for Change Academy.

Many of the participants in ViacomCBS’ new Content for Change Academy initiative didn’t graduate from college or take the so-called “traditional” route to obtaining a job or internship. The longstanding process of going to college to land that first gig has caused systemic barriers that leave behind many diverse storytellers.

ViacomCBS teamed up with Reel Works and its MediaMKRS workforce development program—which aims to build a talent pool that reflects the diversity of New York City by matching young professionals with job training opportunities across media organizations, including ViacomCBS—for its Content for Change Academy. The program provides entry-level creative and production roles to young professionals, without requiring enrollment or graduation from a traditional college or university, with the ultimate goal of full-time employment following the three month program.

Marvin Hernandez, one of seven members of the inaugural Content for Change Academy, attended college briefly after graduating high school and quickly decided it wasn’t for him. Instead, he looked to alternative programs that peaked his interest in video editing and the entertainment industry. He landed at Reel Works, a Brooklyn-based organization that provides emerging storytellers in underserved communities with mentorship for careers in media.

“I’m going the untraditional route,” says Hernandez, who was placed on the production team for the CBS series Evil as part of the Content for Change Academy program. “I felt like I would hit a dead end a lot of the time, but programs like these pick me up and give me hope. It’s such a great learning opportunity where I can really get my foot in the door.”

The program is part of ViacomCBS’ company-wide Content for Change initiative that seeks to apply scientific research, rigor, and data to transform the entire creative ecosystem across three pillars – 1) the content the company produces 2) the creative supply chain that powers it and 3) the culture that underpins everything ViacomCBS does.

“It is critical to open up nontraditional pathways and evolve our early career hiring models to further break down the systemic barriers that impact the representation of marginalized communities in our industry,” says Crystal Barnes, SVP, corporate social responsibility and environmental, social and governance at ViacomCBS. “Through the Content for Change Academy, we are building on ViacomCBS’ legacy of diversifying representation to write the next chapter of inclusive storytelling in the entertainment industry.”

Hernandez, along with Tenia Hardy, Anfernee Villaroel, Dominick Berry, Brianna Cousins, Shamar Darden, and Georgia-Rae Lyken were all placed in various roles throughout ViacomCBS, including on the Velocity team, Paramount Network, CBS Sports, and BET.

The ViacomCBS Newsroom spoke to a few of the inaugural members during their first few weeks on the job to see how the experience was going. 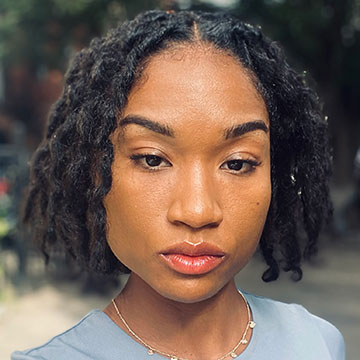 The day-to-day: I support the production assistants, creative director, and project management team by pulling clips for promos, searching for stock music, and creating as well as sharing viewable links of archive videos/movies. I’m creating my own promo as an exercise and I’m being coached on how to move through each phase of bringing an idea from a thought to fruition.

What I’ve learned so far: I have gotten to speak to many different people in various departments in BET. They’ve shared their experiences in the TV industry and given me free “game” aka insight on how to move around in the TV/Film world. In addition to that, I’ve been able to learn useful programs and I’ve been learning skills that will make me a smarter businesswoman and creative content-maker.

What this experience means to me: Being a part of Content for Change Academy has gifted me with clarity on how I want to grow in my career. I now have access to people that want to help me and see me succeed which feels fantastic because through the pandemic I’ve been missing the feeling of community.

Highlights: Being able to hear people’s stories on how they started and what they’ve done to get where they are is my favorite part of the program. I love knowing about people’s backgrounds and their experiences because it builds up my belief of what I can make happen in my own life.

“This program feels really unique because they're encouraging us to get hired. This is the pilot program, so hopefully they can continue doing this because it's really helping the community out a lot.” 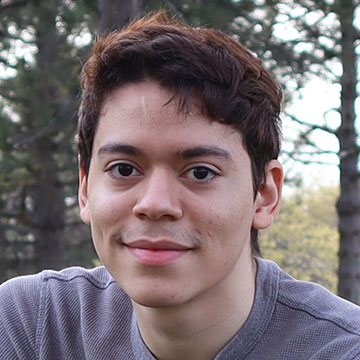 The day-to-day: We have a to-do list that has a list of tasks that have to be completed in order of priority. I've also been assisting the production coordinator with spreadsheets, booking flights, etc.

What I’ve learned so far: Within these first few weeks alone I feel like I learned a ton, there's so much information being thrown around it's hard to keep up with it! I've been to their stages where the sets are being constructed and I was able to hear the conversations the producers were having with the construction crews. I have a much better understanding of the producer's role in productions!

Highlight: Seeing the main character's (Kristen) room being built at one of the stages!

“It’s like a childhood wish for fulfillment come true." 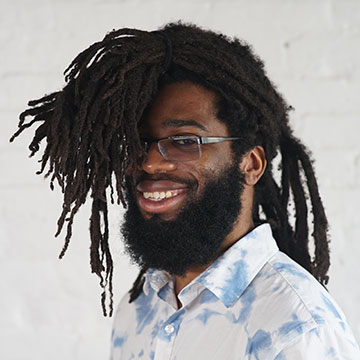 The day-to-day: I work as a trainee mostly focusing on helping the audio manager and editing. I’ve beenworking with the Nick team for several weeks now.

I’m fairly independent so I create my own weekly schedule on what meetings I want to shadow and who on the team I would like to interview. In between that, and receiving tasks from someone on the team, I keep fairly busy.

What this experience means to me: I see this program as a cornerstone in my growth to becoming an industry professional.

Highlights: Sitting in on the voice-over sessions and watching the actors play their characters has been a real treat.

One last thought: This is a very unique experience. I can’t say I’ve ever been incorporated so thoroughly and quickly into the behind the scenes. It’s like a childhood wish for fulfillment come true.