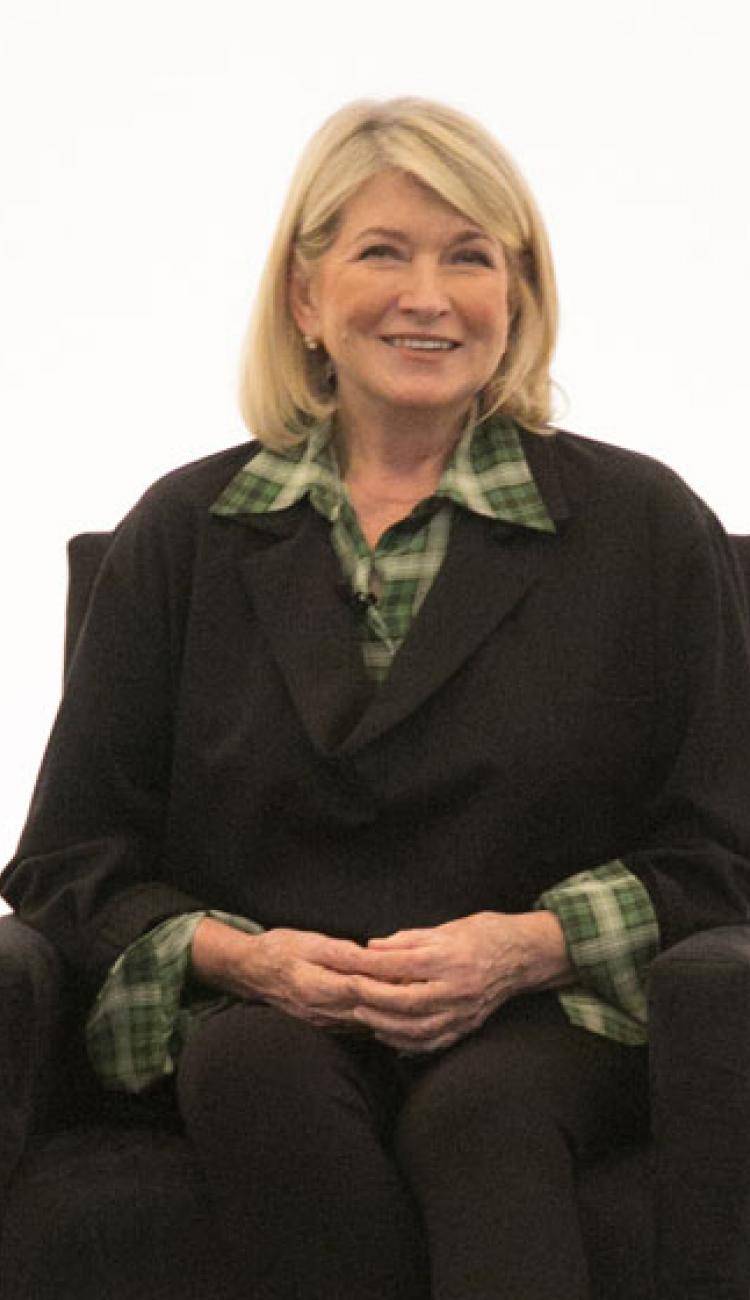 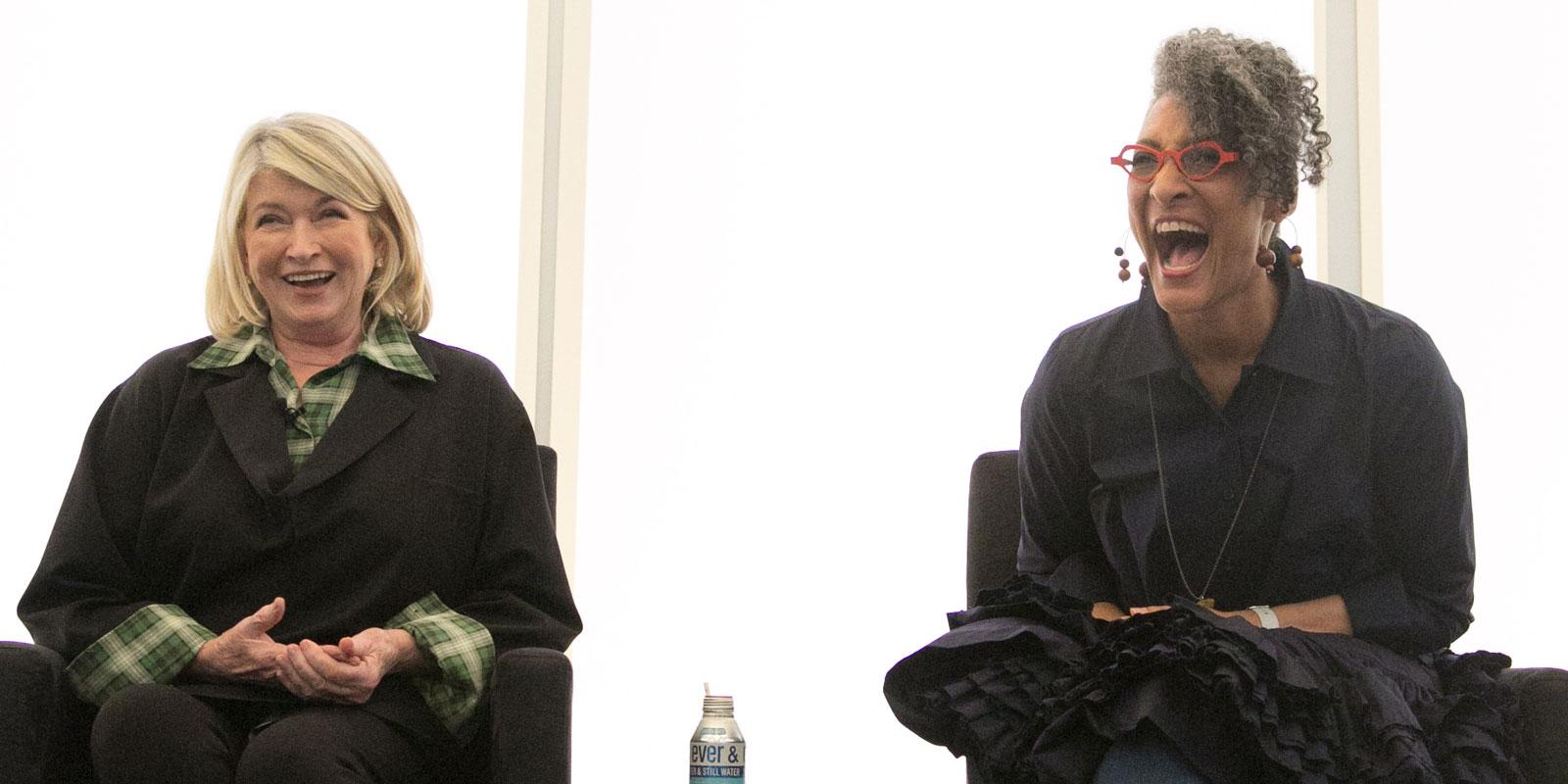 Executives and talent from Paramount Pictures, MTV, and Nickelodeon reveal the moments that propelled their projects.

In the panels, workshops, and conversations held for employees during Viacom’s Inclusion Week, the executives and talent behind some of the company’s biggest hits were honest about the biases and institutionalized obstacles they’ve encountered in their personal and professional lives. They also offered advice on how individuals can assert themselves and empathize with those who come from different backgrounds and cultures.

“Inclusion Week gives us an opportunity to showcase programming that creates ‘aha’ moments and that stretches the thinking of employees, that gets them more grounded in the issues du jour,” says Viacom Executive Vice President of Global Inclusion Strategy Marva Smalls. “It's also a reminder that you can't just have diversity, you also have to have inclusion, and ultimately Inclusion Week will help to further cement the sense of belonging we hope that employees have here at Viacom.”

Here is a look at some of the week’s most resonant lessons:

Your differences are your superpowers.

In a time of booming animation production, opportunities for young creatives abound. But the rewards aren’t evenly distributed: women make up 70% of animation students but hold only 25% of creative leadership positions in animation studios. To change that, companies need to nurture talent from within, as a panel of women said that Nickelodeon has been doing for some time. “Nickelodeon is very pro- the evolution of the people that work here,” said Niki Lopez, creator and producer of Nick Jr.’s Santiago of the Seas, whose first animation job was as a Nick intern in 2010. But, there’s always room for additional voices and perspectives. “The seat of power needs to be held by diverse hands,” said Lopez. “You have to strive for a culture where your differences are fundamentally your superpowers.”

Niki Lopez, creator and producer of Nick Jr.’s Santiago of the Seas

Parents of children with special needs have a secret weapon to face the stereotypes and misnomers they face daily: the rich perspective their kids give them. “The lessons we can learn from these specials kids is really amazing,” said Paramount Chief Operating Officer Andrew Gumpert, whose daughter Chloe was diagnosed with cerebral palsy at birth. “The perspective you get in life, the appreciation to have them, to be able to care for them, and what they can do for you is so simplistic and basic and yet at the essence, to me, human life.” Ignorance is where the problem lies, and the more people know, the more open and understanding they are to autistic individuals and their families. “There’s a saying we like to say in the autism community, ‘If you’ve met one person with autism, you’ve met one person with autism,’” said Kristin Kucia, a manager of student affairs at VFX and animation training studio Exceptional Minds whose son has autism. “Knowledge is power. When people don’t know, that’s when anger or resentment or miscommunication happens.”

For stories to be universal, they must be diverse.

When filmmaker Angela Robinson was younger, it was rare she saw herself—a gay bi-racial woman—portrayed in media, so she would rewrite the plots of movies in her head. Instead of a woman falling in love with a man, it was another woman. Or, she’d replace the mainly white cast with black men or women. Soon, she realized she could make these changes real. “I decided I wanted to be a filmmaker… my whole goal was to make something the way I wanted to see it.” Her 2017 film, Professor Marston & The Wonder Women, features a couple in a polyamorous with a young woman. “When it’s at its best, storytelling is universal,” said Paramount Pictures CEO Jim Gianopulos. “It’s more important than ever that our storytelling reflects the cultural diversity of our country, community, and audiences.”

When Georgia Arnold started out at MTV in London 25 years ago, then-international network head Bill Roedy gave her a $5,000 charitable budget and told her to, “find something we can care about.” It was the 1990s and HIV was ravaging youth populations throughout the world. The MTV Staying Alive Foundation was born. “We realized that what we could do best is use our brand to tell real-life stories, but in a way that young people would really trust and want to watch.” A George Michael-hosted documentary begat a load of rights-cleared HIV awareness content that MTV made available for free to any broadcaster that wanted it. Today, MTV Shuga, a television drama about the lives of African youth dealing with the risks and consequences of HIV infection, is the independent charitable organization’s flagship effort in Africa. The show is resonating: a World Bank study found that teens who watched the show were more likely to get tested for HIV, showed lower rates of chlamydia infection, and were less likely to have multiple concurrent sexual partners. To maintain a sense of authenticity, the show is written, produced and directed almost entirely in Africa. “We have to get the storytelling right because otherwise, we lose our audience,” said Arnold. This sometimes requires hard conversations. One fan in South Africa insisted to Arnold that a character on the show had to die. “MTV Shuga is all about our lives,” Arnold recalled the girl saying, “and in our lives, someone always dies.”

Personal experiences can affect how you approach work—and that’s a good thing.

The Creative & Marketing Team for the Viacom brands MTV, VH1, CMT and Logo hosted a discussion with some of its working mothers called "Wonder Women Roundtable: The Modern Shero." The chat, moderated by Sarah DeFilippis and featuring Sharita Petersen, Deb Bart, Jyoti Menon Varkey, Elizabeth Black, Sharyn Flanagan, Kyle Hepp, and Electra Stratigaki, focused on making time for creativity and productivity while attempting a work-life balance. During the panel, Menon Varkey, VP of Marketing, Media Strategy, and Partnerships mentioned that her inter-personal perspective changed with parenthood. “The word empathy truly resonated with me after becoming a mom,” she said.

It’s crazy not to talk about mental illness.

For too many people in minority communities, one of the biggest obstacles to dealing with mental health is that no one talks about it. And when they do, mental illness is often conflated with the stereotypical “crazy” person yelling in the streets. It helps to reframe the language. “I think our biggest issue is that for a long time, the language we’ve used to talk about mental health has been so bad and so stigmatized, that I think we just need to change the way we talk about it and know that any place should be a safe space for me to say, ‘Hey, I’m anxious, all the time,’” said Aneesa Ferreira, star of multiple MTV reality series, including The Challenge. Once that river is forded, it opens the table for conversation. “It’s not the easiest thing to open up about, but once you get it out there and talk to someone, you feel a lot better,” said Black Ink Crew: Chicago’s Phor Brumfield, who opened up about his depression and suicidal thoughts on the show. The confession resonated not only with viewers but with Love and Hip Hop: New York’s Cyn Santana, whose brother committed suicide. “I was so proud of you for speaking about that, because, damn, I wish my brother was here to see a man who looks just like him feeling the way he felt and getting through it.”

When MTV’s Are You The One? debuted with an all-gender-fluid cast for its eighth season, it rapidly grew a cult following for what The New York Times called its, “frank, nonjudgmental portrayal of queer relationships.” Still, television representation of the LGBTQ+ community lags in many areas. According to GLAAD, 8.8% of broadcast scripted series regulars were LGBTQ+ characters on primetime scripted broadcasting for the 2018-2019 television season. Bisexual characters make up just 29% of these regular and recurring LGBTQ+ characters, and transgender characters make up an even lower 5.4%. Having equal representation matters. MTV, with its broad reach and influence, is in a position to expose larger audiences to the kind of diverse perspectives that can tilt the culture more broadly toward diversity and inclusion. “Television and family can be life and death for so many people, I’m not exaggerating,” explained GLAAD’s Associate Director of Transgender Representation Alex Schmider. “Content creators are in a position of power to truly make a difference in people’s lives.”

There’s nothing wrong with gray hair.

When 19-time Emmy Award-winner Martha Stewart sat down with a partner recently to discuss what she thought was a potential board seat, the company insisted that it had an age cutoff of 62. “You’re just getting started at 62,” said an exasperated 78-year-old Stewart, who launched Martha Stewart Living Omnimedia, which later sold for more than $350 million, in her mid-50s. “Age shouldn’t matter,” she said. “Talent should matter.” Still, many go to great lengths to cover up their age. “How many women do you see on television with gray hair?” asked celebrity chef Carla Hall, who deliberately let her hair go gray against the advice of a television executive advising on one of her shows. “I did it for all the women who feel like they have to color it for someone else.” Older generations are hardly the only ones to face age discrimination. Stewart’s own lawyer didn’t believe in her when she was starting out, and critics savaged her first book because she was, “just a caterer.” Stewart cautions that it’s important to keep things in perspective and maintain your belief in yourself. “You can’t get devastated over that kind of stuff,” she said. 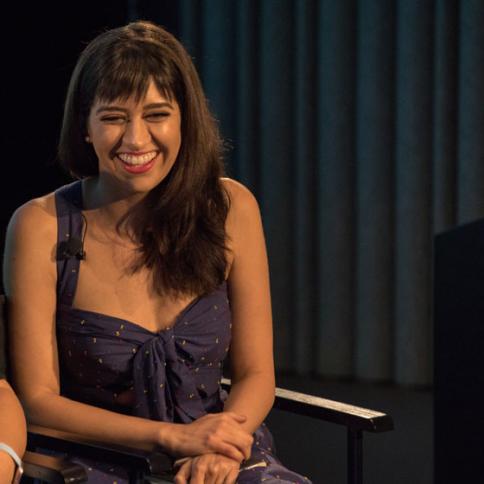 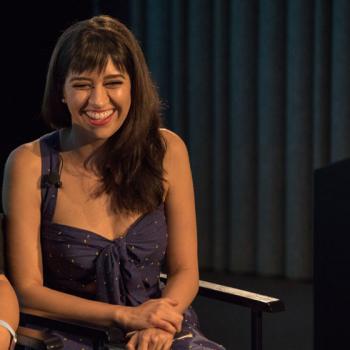 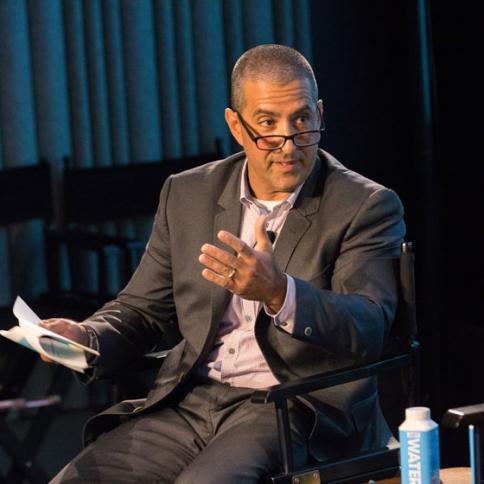 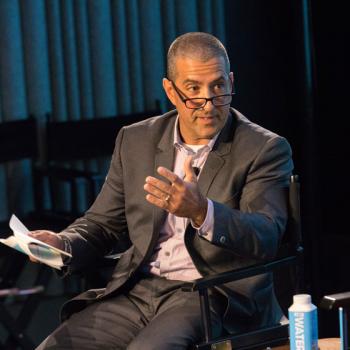 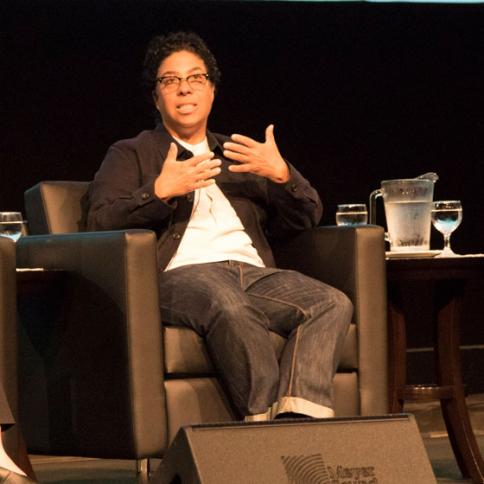 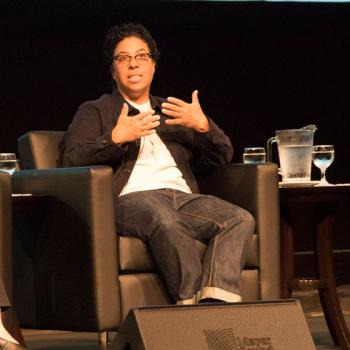 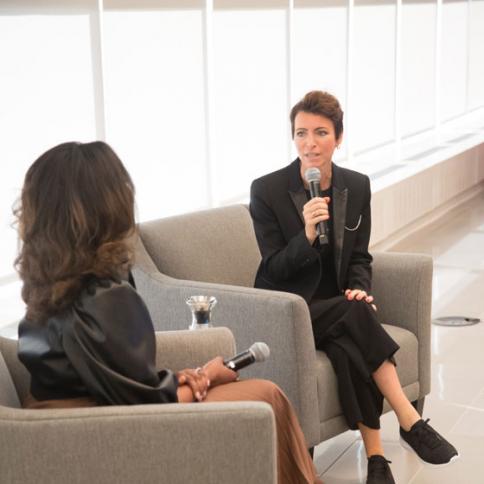 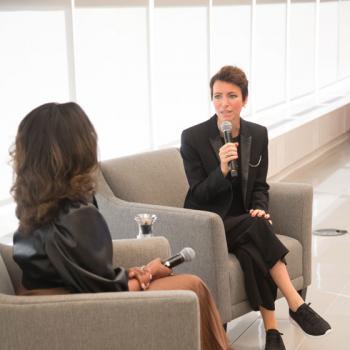 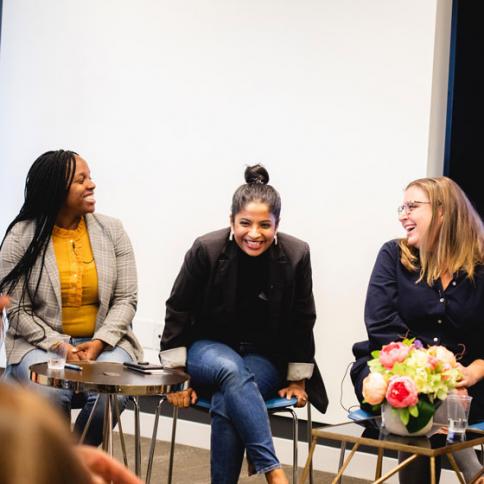 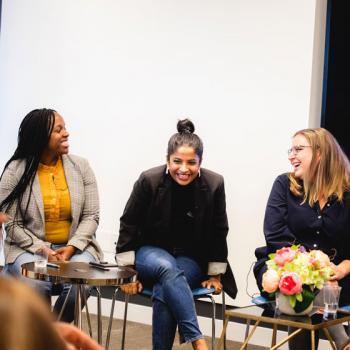 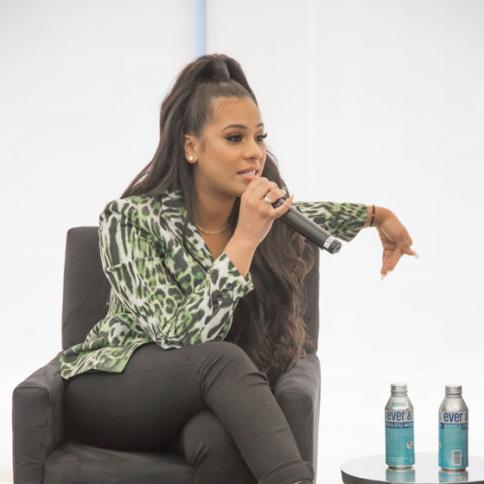 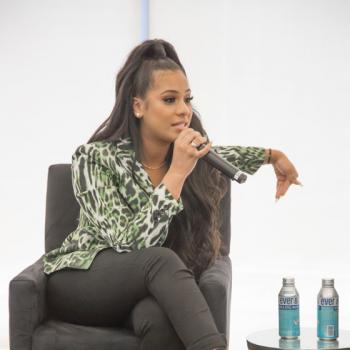 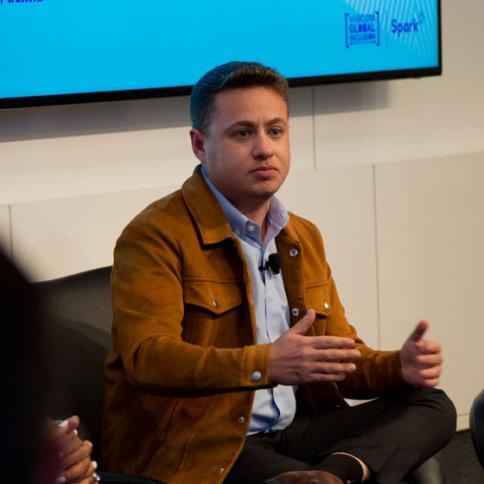 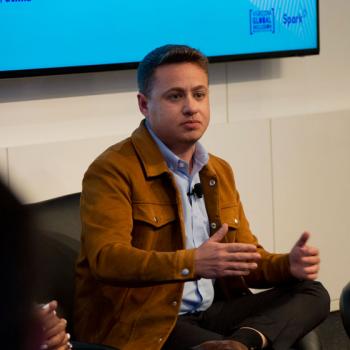 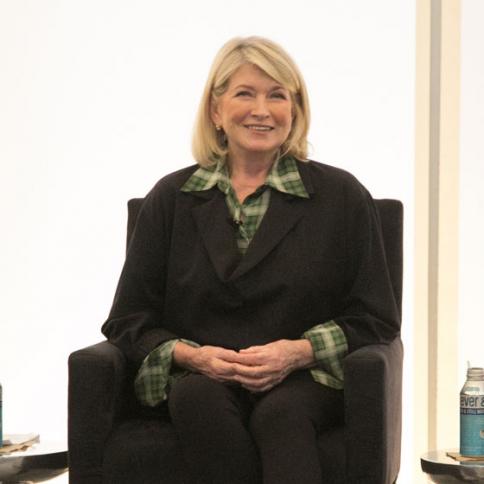 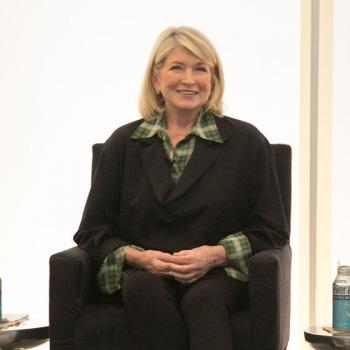 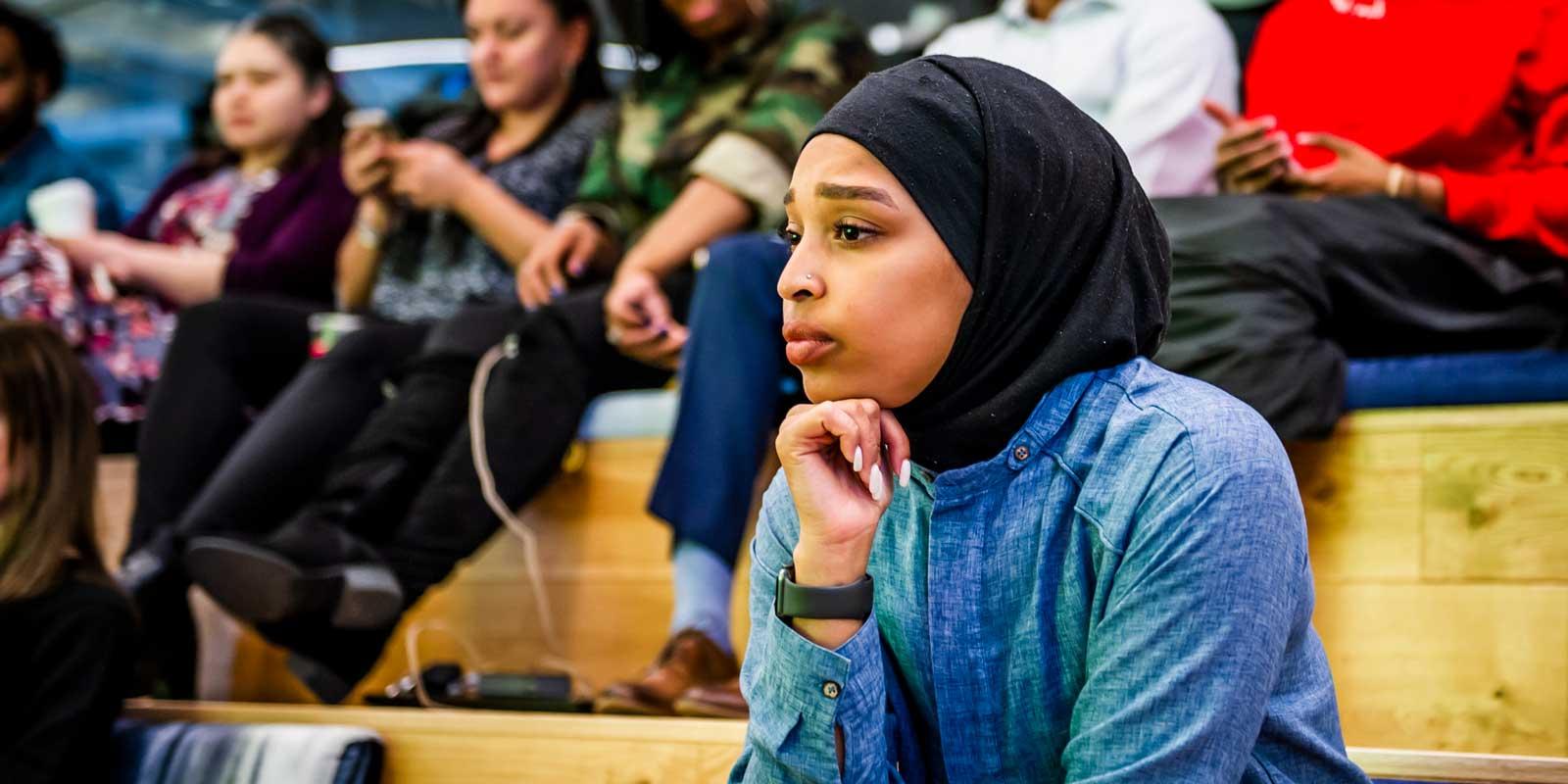 8 Lessons in Leadership and Creativity From TV’s Top Talent 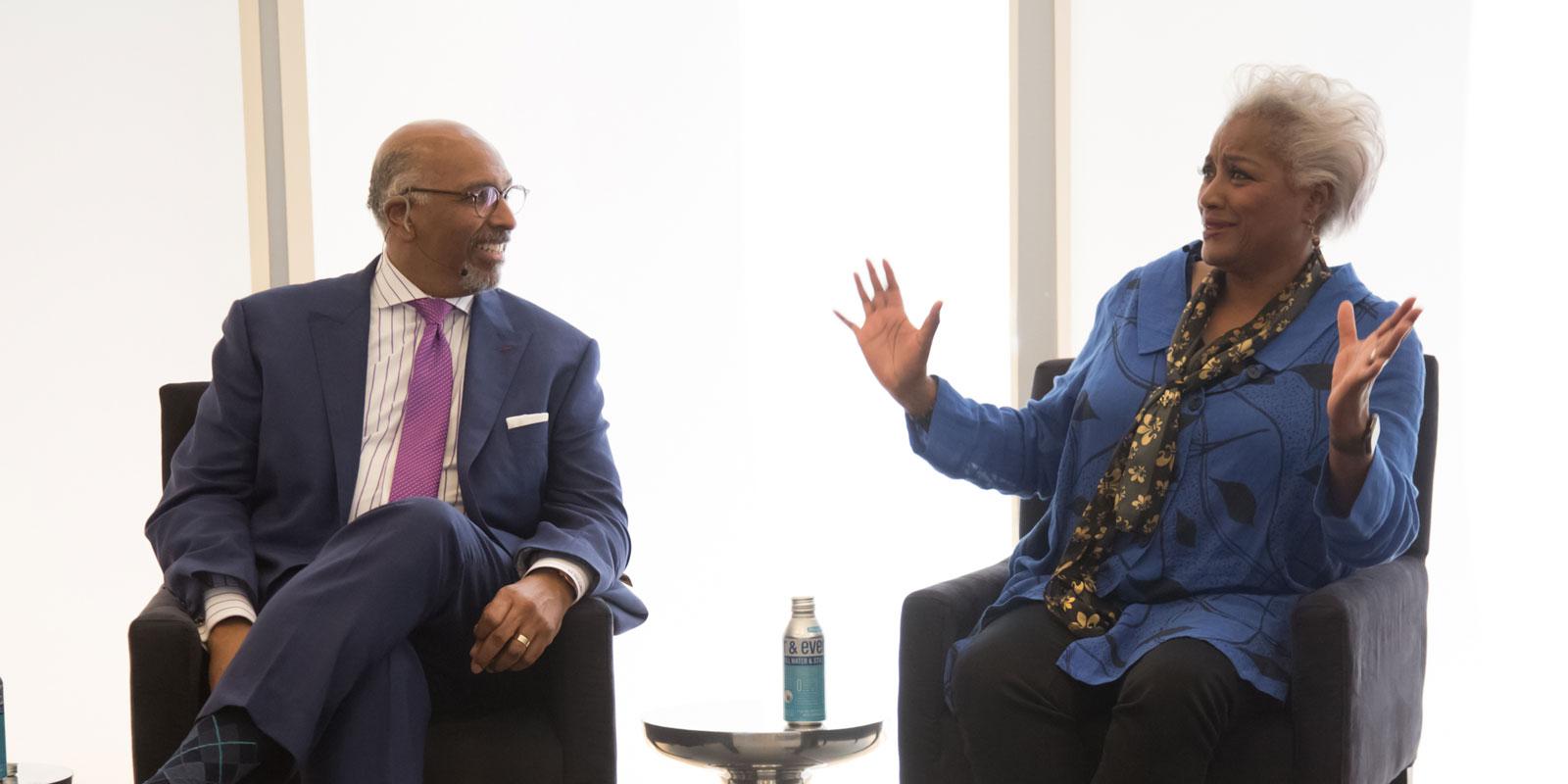 Donna Brazile and Michael Steele On Diversity, Inclusion, and Gumbo 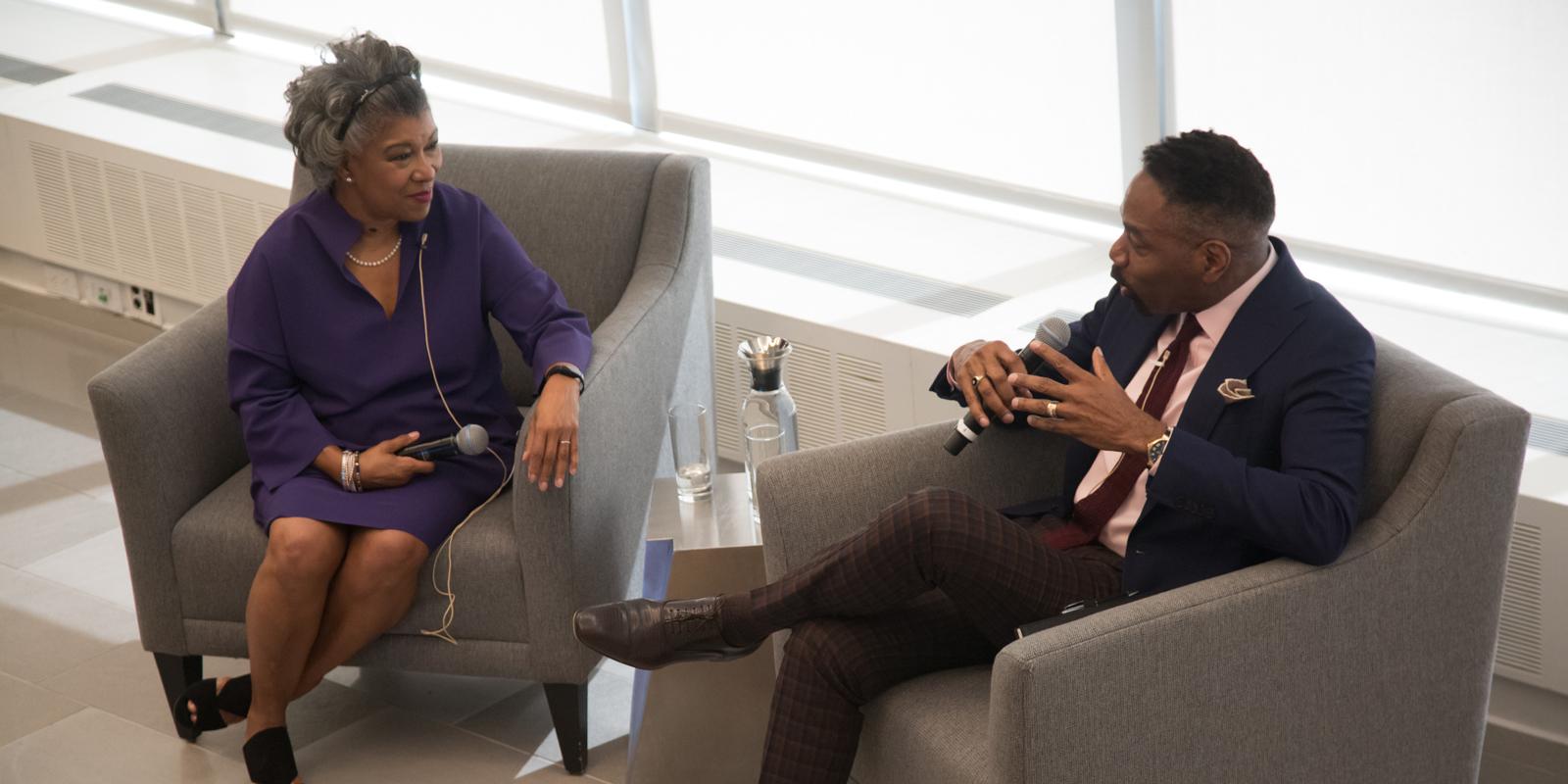