An Inside Look at Viacom’s Post-Graduate Rotational Programs 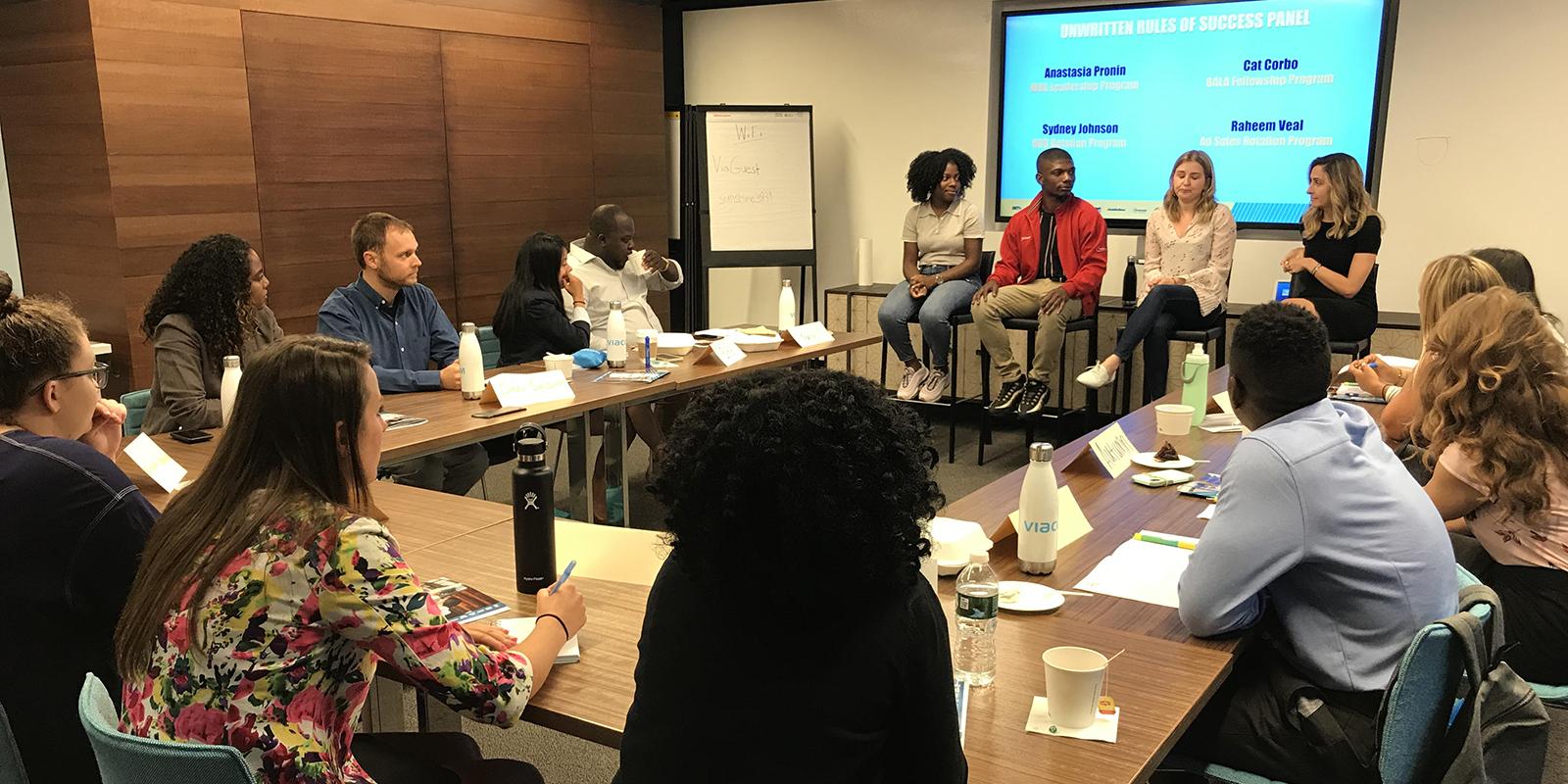 An Inside Look at Viacom’s Post-Graduate Rotational Programs

“A guided journey through a complex organization.”

If you’ve ever wondered how movies and television shows appear on airplane TVs, talk to Sydney Johnson. In her first job out of college, she researched exactly that, identifying new content distribution opportunities for Viacom in this space. The report she assembled helped inform a new focus on airline sales within the company’s Distribution and Business Development (DBD) team.

A few months later, as part of DBD’s marketing team, she focused on social media, working with Nickelodeon’s creative and legal teams to develop integrated campaigns for distribution partners. Using Viacom intellectual property such as JoJo Siwa, Johnson helped partners connect and engage with their customers.

RISE is one of several post-graduate development programs that Viacom has established to develop top talent in key business segments, positioning them for success in parts of the company where they can maximize their impact.

“These programs enable Viacom to convert more individuals from the internship program and also shore up our next generation of talent in what we consider to be some core functions in the company,” says Suzanne Rosenthal, vice president of talent acquisition, the department that manages Viacom’s rotational and internship programs. “These programs are just one example of how Viacom is establishing itself as an organization that invests in early-career talent.”

Viacom launched its first program – focused on recent MBA graduates – several years ago, and has continued to add new ones to keep up with the evolving business, including on its legal and ad sales teams.

These rotational programs can be attractive to recent top graduates with a love for media and entertainment but a less certain idea as to their exact desired career tracks.

“We offer a guided journey through a complex organization, and you're getting hands-on experience and exposure, seeing what fits,” says Rosenthal. “It makes them more of an athlete, who can pivot pretty easily. They are developing skills that will serve them throughout their careers.

With between two and eight months-long rotations over two years, each of the programs also amounts to a crash course in the machinations of media and entertainment. This real-world experience can be vital even for those who come to Viacom with advanced degrees and deep job experience.

Angela Chang graduated with a Wharton MBA after working banking jobs for years in New York City and Los Angeles. With her credentials, she had no shortage of media job offers on either coast, but she was hesitant to commit herself to a specific line of work.

Soon after graduating, Chang moved to New York and began a six-month rotation on Viacom’s Ad Sales team, where she quickly learned the lingo and metrics native to this specialized world. Rotations on the DBD and advanced marketing teams followed.

While the employees in rotational programs cycle from one department to the next, the jobs they step into are considered full-time roles, and the responsibilities and opportunities reflect that. Chang, with deep work experience and specialized skills that port easily across industries, was able to marry her knowledge of building models in Excel and other programs with the advanced marketing team’s need to pitch their complex and powerful Vantage advanced advertising product to potential clients.

That MBA candidates often arrive with deep experience in another field is part of what makes them attractive hires, says John Curbishley, executive vice president of strategy and operations for DBD and an executive champion of the MBA rotational program.

“I like to have a set of team members with diverse career experiences and diverse ways of thinking,” he says. “We have people who've worked in banking, people who’ve worked in management consulting, people who've built their careers here at Viacom over the long term. They will all approach a problem a little bit differently.”

Layered support to help through the many transitions

While the rotational employees are entrusted with consequential roles from the start, they also have access to a large network of mentors, peers, and executives to help flatten the learning curve and work through on-the-job and life challenges.

Participants enter as a cohort and pass through a series of networking exercises, professional development workshops, and milestone celebrations together. Johnson found this peer support valuable as she acclimated to professional life and the everyday demands of getting by in New York City.

“We're all going through the same things, like paying rent together for the first time, or moving to a completely different city and just having to do real-life adult things, like figure out taxes, and set up your own health insurance, and all that kind of stuff,” Johnson remembers. “That's been just great starting with a group of people, who then become your friends at work, which can be hard to make as a new employee.”

Executive champions provide another support layer. For Curbishley, who spent the early part of his career in strategy consulting jobs that required constant reorientation to new workplaces and challenges, this sort of embedded support system coupled with demanding work benefits Viacom as much as it does the new employees.

“One of the most important things we do is to develop and invest in our people,” he says. “The market for talent is highly competitive, so we need to focus on identifying the right talent at the outset, then giving them the right set of experiences and a great career path. Everyone’s career trajectory will be different, and if I can help somebody find out where they settle and where they want to build their career, I think that's something that's beneficial to Viacom as a whole.”

Clearing the trail ahead

While it’s not guaranteed, Viacom’s goal is that each participant in a rotational program ends up with a full-time job at the end of the program, if not before.

“Anywhere from the 12- to 18-month mark, we start to talk to them about life after the program,” says Rosenthal.

Both Johnson and Chang found full-time jobs within Viacom – in DBD marketing and Ad Sales operations, respectively – before they’d completed the program. Both appreciated the time to test out different roles and see where their strengths and interests lay.

“I'm the biggest cheerleader for this MBA rotational program,” says Chang. “There aren’t many roles where you can get a 360-degree view of the operations of one of the largest media companies in the world. During my rotations, I worked on high visibility projects that had lasting impacts to Viacom. I met incredible mentors who challenged and supported me. I learned what I was good at, what I needed to improve, and what I really enjoy. It's been amazing.”

How Do You Find the Next Generation of Directing Talent? 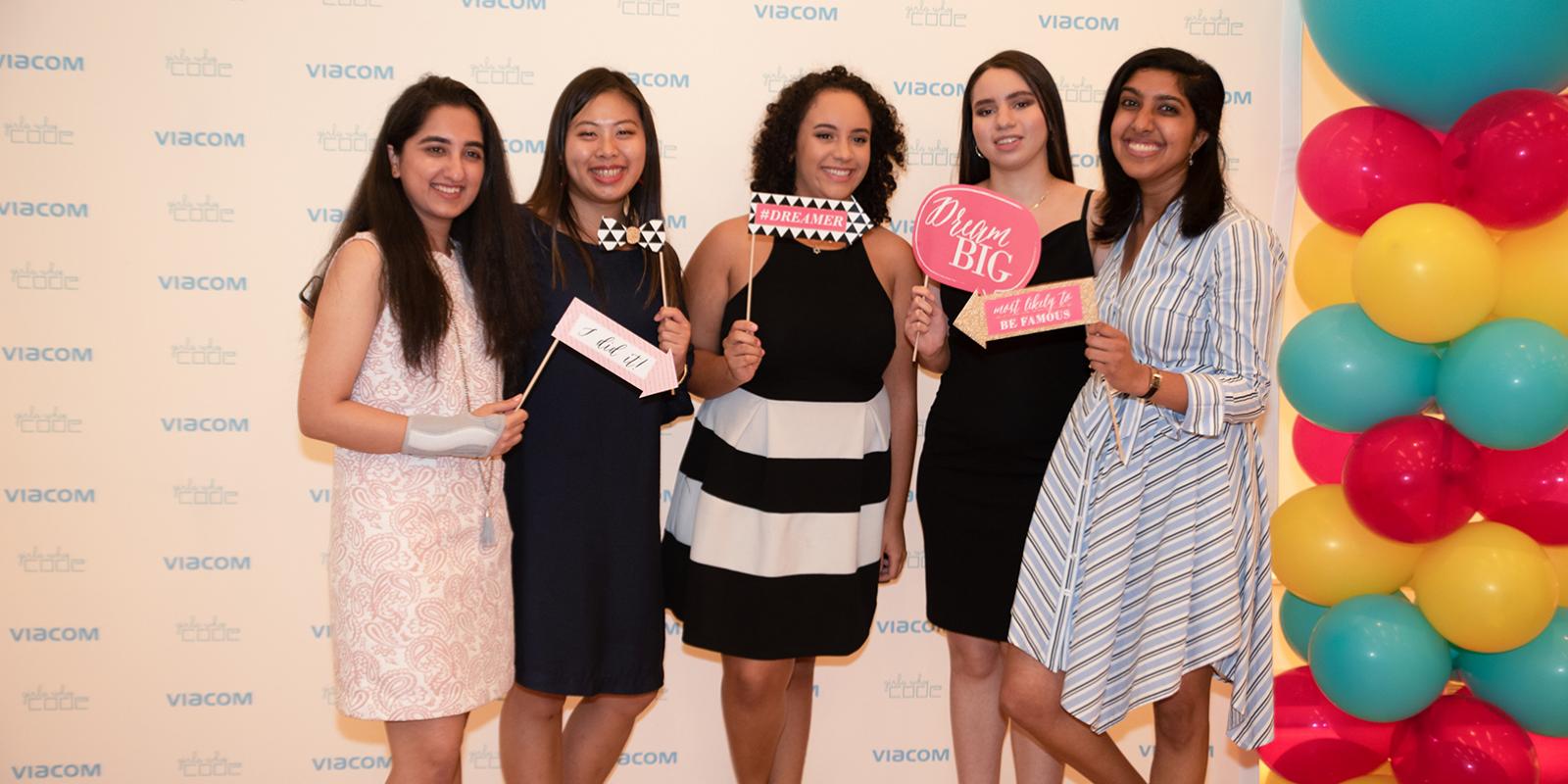 Turning ‘Girls Who Code’ Into Women Who Work at Viacom