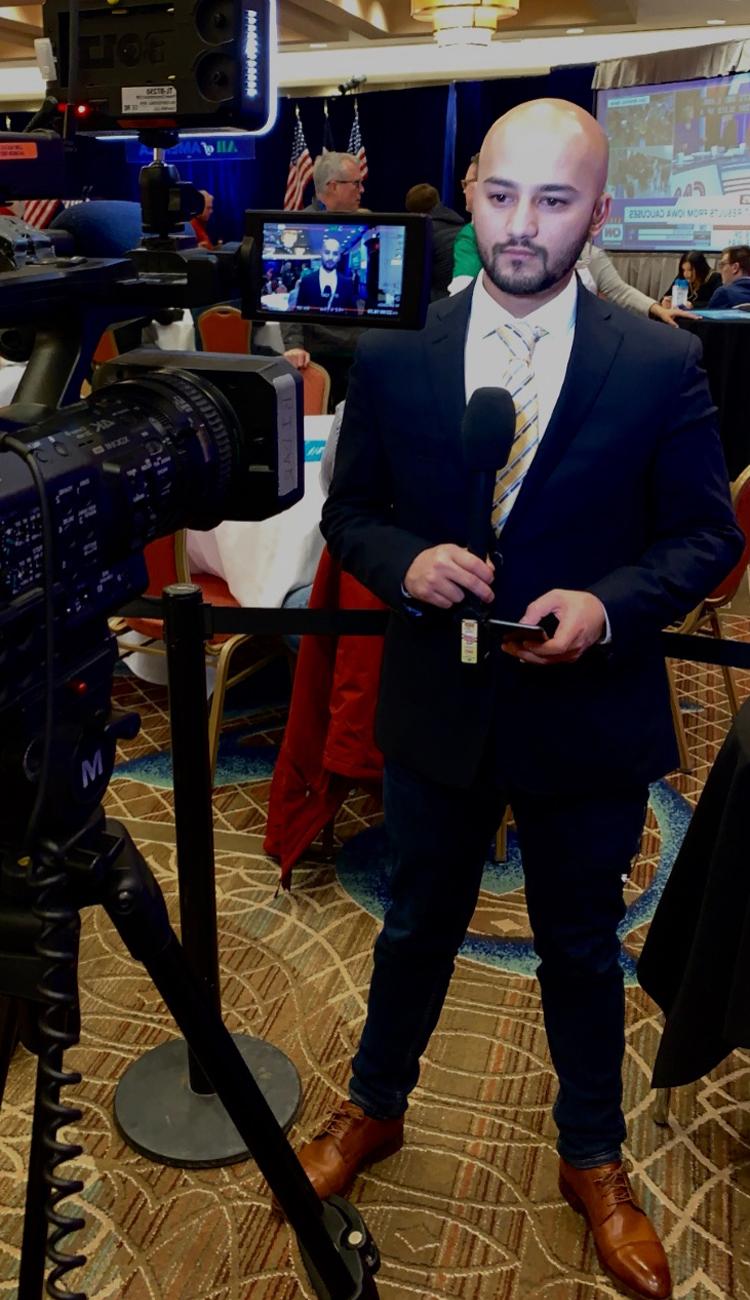 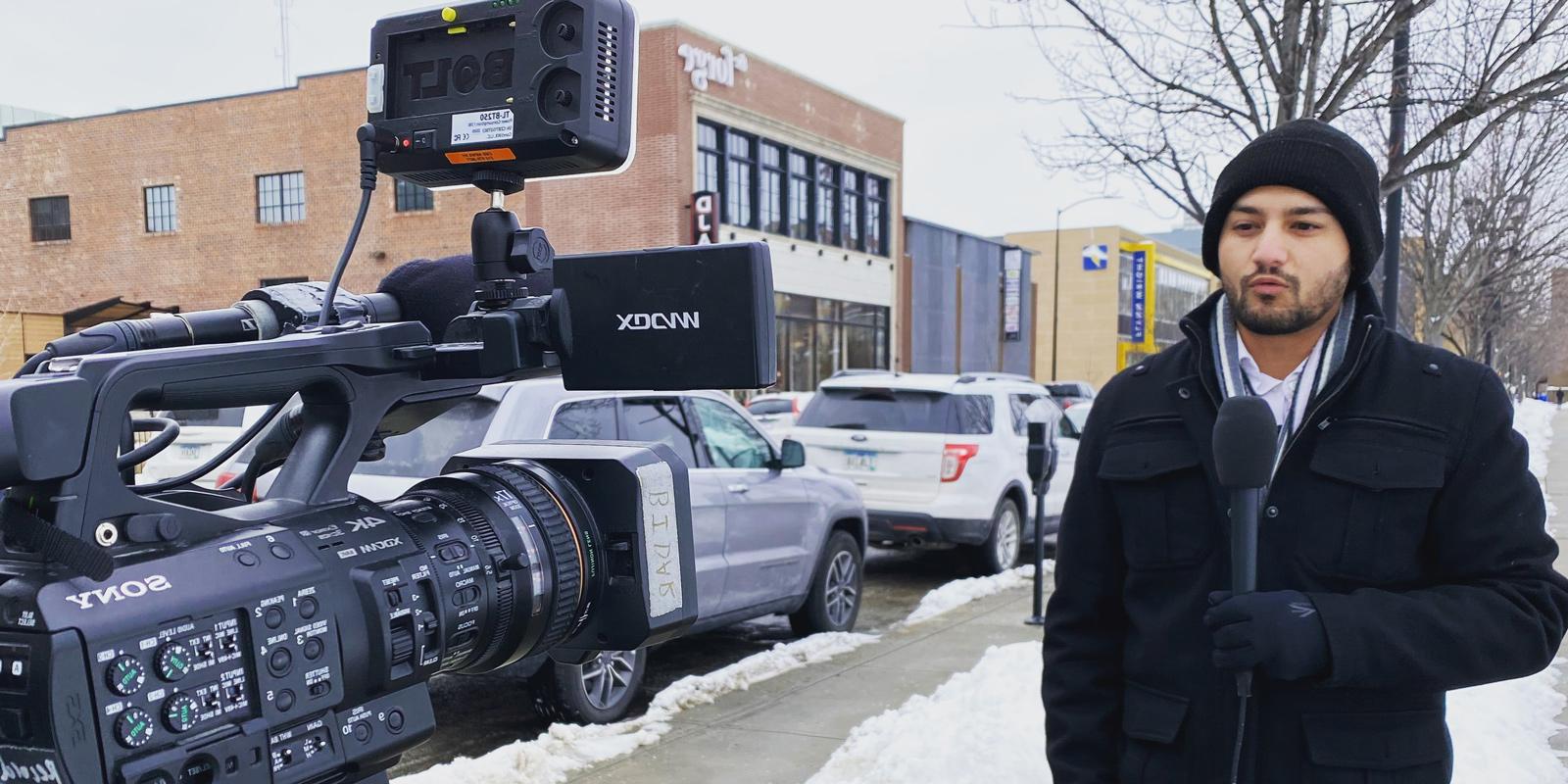 In the lead up to the 2020 Election, we’ll be publishing short interviews with the CBS News reporters who are covering the campaigns. Click here to see all the stories in the series.

As the CBS reporter embedded in Iowa for the 2020 election cycle, Musadiq Bidar was at the nerve center of American politics on Feb. 3, when delays in vote tabulation quickly transformed the Iowa Democratic caucuses into political chaos. After several internships and five years at CBS News, it was an event for which he was prepared.

“Covering politics is really about covering people, their hopes and dreams,” says Bidar, who fled war-torn Afghanistan as a child in 1996. He and his family lived as refugees in Pakistan until they were approved entry into the U.S. Eventually, he earned a scholarship to a private high school in the Bay Area, where his foray into journalism began. After Iowa, he headed to California, where he will cover Super Tuesday.

You’ve held several roles at CBS since joining CBS This Morning in 2015. Why did you decide to become an embed for this election cycle?

When I started as a news associate in 2015, they had just assigned the candidate embeds for the 2016 election cycle. I saw the work they were doing, and I was inspired by it. I told myself: for the next four years, I am going to do everything I can to be ready for that position.

You were embedded by location, Iowa, not with a particular candidate. Tell us about the work you did there.

I was in Iowa from June 3 last year through the caucuses, covering the entire state. I covered more than two dozen candidates—attending their events and, at the same time, covering the issues that matter to voters in that state. It was great. The candidates spent a lot of time in Iowa leading up to the caucuses, and I got to cover them, but, because I was based there, I also had the time to go into the communities and talk to voters and hear what was on their minds. This allowed me to ask the candidates really targeted questions, so I could compare what voters were saying to the candidates’ policy proposals.

"Many things that are so divisive in American society were not conversation topics at the dinner table for my family when we moved here ... That has made it easier for me to be very fair in covering the stories and looking at all sides."

Coming from D.C., did you have any difficulty adjusting to Iowa life?

It’s not at all like D.C., but Des Moines is a really cool city. It is not as populous as some places, but the people are great, and there are amazing restaurants. When we did have a little downtime, there was plenty to keep you entertained. I also liked driving around the state. I drove more than 22,000 miles over the last eight months and got to know all corners of the state. In some of the cities, they knew me in the restaurants, and they would say, “Hey, the CBS guy is back.” That was so cool.

This year, the Iowa Caucuses turned out to be historic for the delay in announcing a winner and the chaos that ensued. What was that day like for you?

The delay raised some alarms, and when we started to ask questions, the state Democratic party here said that they were doing quality control on the results. And then, you’re like, 'Okay, what’s really going on?' I just started calling county chairs all across the state. We built relationships with these folks, so I put everything down and started making calls frantically to everyone, and pretty quickly, we found that there was an issue with the app the party had been using to gather results.

Around 10:30, 11:00 pm that night, the candidates came out to their caucus night parties and gave brief speeches, but they didn’t know how well they were performing, and they all had to rush to New Hampshire after that. At one point, I was sitting on the ground making calls, my back was starting to hurt, I hadn’t eaten all day, and I looked behind me. There was nobody in the room because after the candidates spoke, all the supporters left. It was midnight, and we still didn’t know the results or what was happening. It was exciting and anxiety-provoking.

Any takeaways from your caucus night experience?

It reminds you of how important it is for a journalist to build relationships. If I hadn’t been in Iowa for so long and cultivated my sources, nobody would have picked up the phone when I called to ask, 'What’s going on?' Also, everybody wants information instantly these days, but it was a really good reminder that accuracy beats speed, especially in a situation where things are fluid.

How does your background influence your work?

Because I didn’t grow up here, a lot of the polarizing issues don’t affect me as much. For example, many things that are so divisive in American society were not conversation topics at the dinner table for my family when we moved here; We were more worried about where the next meal was coming from, not the divisive political topics. That has made it easier for me to be very fair in covering the stories and looking at all sides.

A lot of journalists are clearly good at this, but I think [my background] has given me an advantage because I didn’t grow up thinking about this one way or the other. In my household, it wasn’t whether you were a Democrat or a Republican, it was 'How are you going to get an education, and where are you going to get food?'

Super Tuesday is March 3. Tell us about the work you’ve been doing since you arrived in California in February to prepare for Super Tuesday.

My focus in California is part of our team’s broader coverage of the West Coast. The California primary could be a difference-maker for any candidate, and I have been taking time to develop sources that are with campaigns or have deep knowledge of politics in California. It's a lot different than covering Iowa, because the candidates don't visit as often.

My goal is to figure out which campaigns are in a position to do well here on Super Tuesday. The state is very diverse, and the traditional type of politics where you hold town halls and take questions from voters isn't practical in a big state. So, I am figuring out the strategy campaigns have for engaging minority voters since the Hispanic and Asian American communities make up about 40% of eligible voters. My family also lives in Northern California, so it's been a great opportunity to work while also finding time to catch up with relatives. 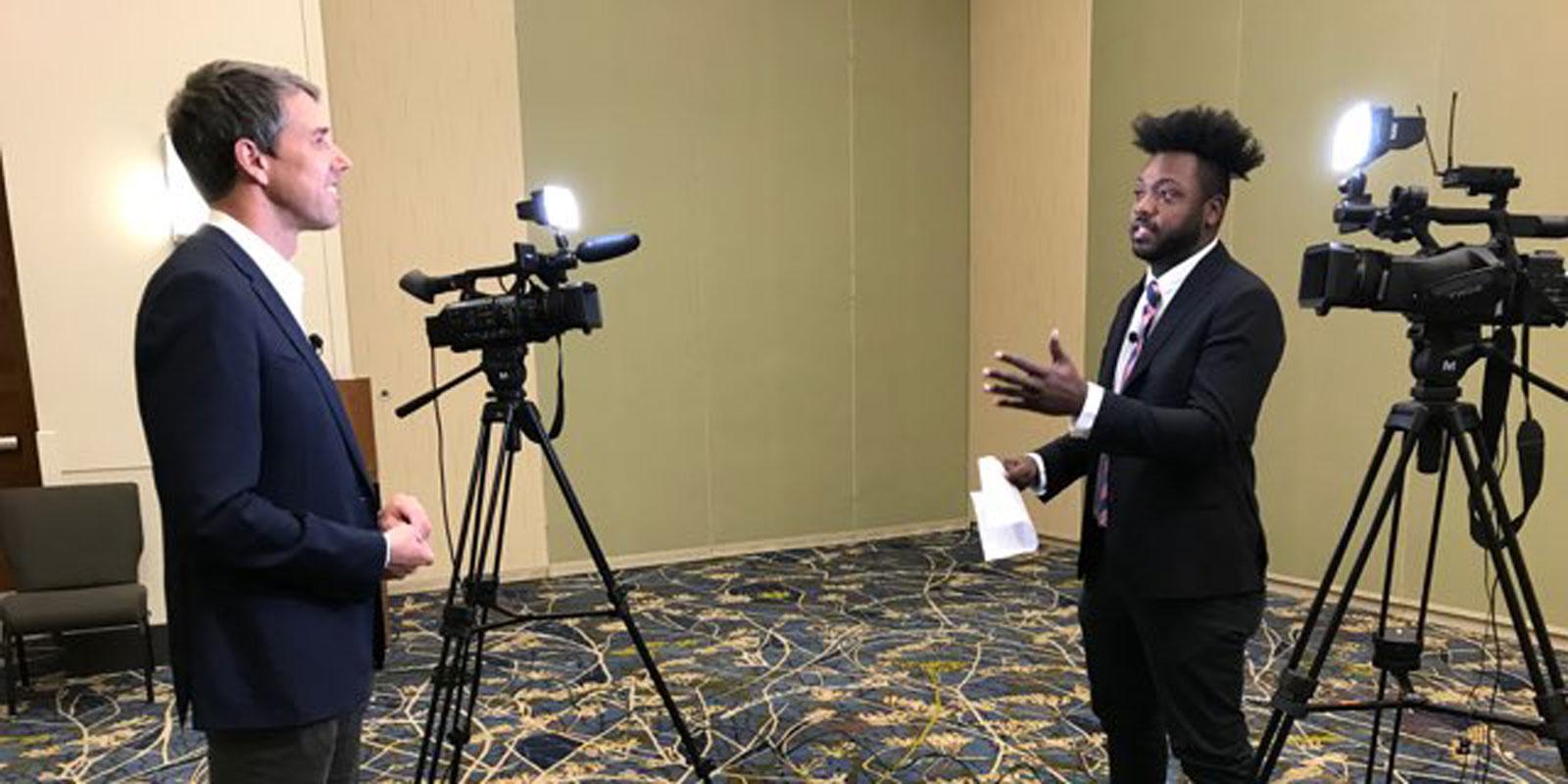 On the 2020 Campaign Trail with CBS News' Tim Perry 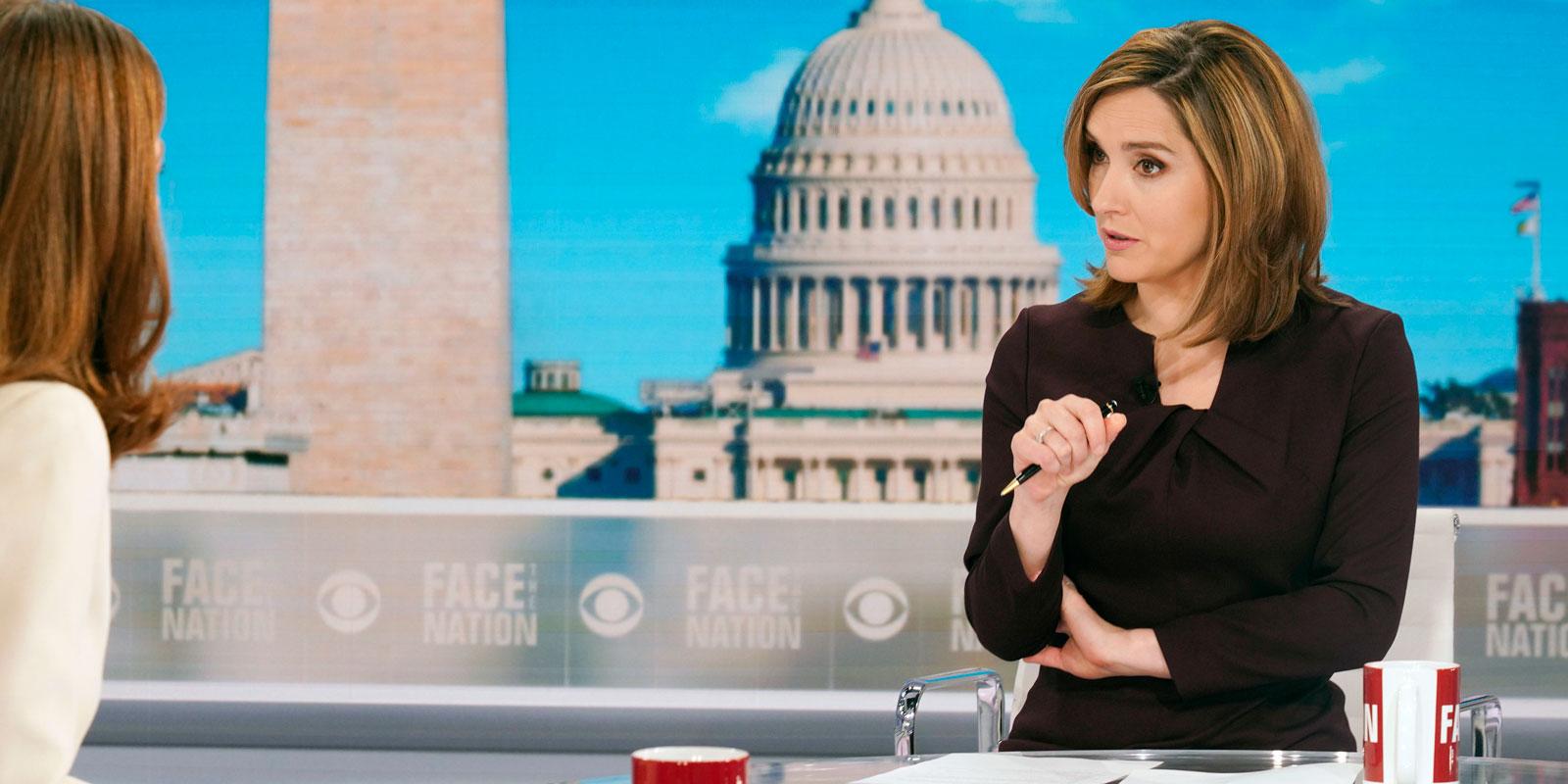 CBS News’ Margaret Brennan on Moderating a Platform for Democracy