Reflecting on the First Year of Paramount+

How the Paramount+ team and the service has evolved since its launch in 2021.

Paramount+ serves as a key component to our streaming future at Paramount. Since its launch exactly one year ago, the streaming service has increased its content offering to bring diverse audiences a wider breadth of content, backed by our extensive library of franchises and IP.

“We launched [Paramount+] with a lot of content, but we have since added new original series on a monthly basis and a lot of introduced a lot of library content as well,” says Ryan Lombardini, social director, originals campaign strategy for Paramount+.

To get a peek into how the service continues to expand, we spoke to employees from across our organization who played a part: Lesley Kallet Rose, Tammy Henault, Kira Harrell, Christopher Mehl, Karishma Rahman Azmat, and Lombardini.

On growth and expansion...

Karishma Rahman Azmat, Director, International Marketing: Studios & Streaming for Paramount: We had an extraordinary launch in the United States. We're available in Latin America and Brazil. We’re available in the Nordic countries. We're in Australia. So four continents…and only more to come.

Lesley Kallet Rose, VP, Distribution Partnerships at Paramount+: Two ways the streaming service has evolved over the past year: one, increased breadth and depth of content; and two, expanded plan options. In my world that's led to greater integration opportunities and visibility on our partner platforms.

Christopher Mehl, Director, Content Strategy (Kids & Family) at Paramount+: Not to mention, onboarding a huge amount of content from all of the various Paramount brands, growing brand awareness, growing the team, and growing the product all within less than a year.

Ryan Lombardini, Director, Originals Campaign Social Strategy for Paramount+: We’re doubling and tripling down on our content offerings across every genre and every programming vertical. …It allows us as the Paramount+ social team to tap into so many different and vast fandoms.

On striving for success…

Tammy Henault, SVP, Consumer Marketing at Paramount+: We had really lofty goals for launching Paramount+. I'd say mainly it was twofold, though. One was to establish a streaming service that would be the home for the content from across this company to ultimately accelerate our subscriber and business growth. And two, to establish a fresh new brand to differentiate us from all the other streamers in the competitive set.

Kallet Rose: My team works with all of our partner platforms that distribute Paramount+—so think Roku, Amazon, Samsung connected TVs, gaming devices, et cetera. Over the past year, our goals have evolved beyond optimizing usage from existing partners to also finding new and incremental audiences outside of these platforms. So think about the recent launch of the T-Mobile partnership and also we've launched on platforms like Microsoft Windows.

Lombardini: One of the greatest strengths of Paramount+ is that we get to draw from so many well-known IP and franchises across the ViacomCBS ecosystem, which allows us as the Paramount+ social team to tap into so many different and vast fandoms.

Kira Harrell, VP, Project Management at Paramount Streaming: The way so many groups across Paramount just continue to be excited about our future and put in hours toward the success of streaming our streaming goals…that is dedication at its core and a true testament to the kind of people who work here.

We're bringing content to the service that really is for the whole family, from kids to young adults to adults 34 and up.”

Henault: We're bringing content to the service that really is for the whole family, from kids to young adults to adults 34 and up.

Lombardini: I'm a 90s baby. So being able to find and watch some of the older Nickelodeon and MTV content that I grew up with is incredible because that wasn’t previously available to stream anywhere else. Plus, when you look ahead, we have some of the incredible new series coming to Paramount+ in 2022.

Mehl: Initially with kids and family content on Paramount+, it was all about onboarding content and building a firm foundation. Today, we have over 9,000 episodes of kid-related content in the service, which is just astounding.

Rahman Azmat: It has been an incredible ride and a tremendous challenge and a labor of love for all the teams that work on this product. And 2022 is going to be even bigger.

Olivier Jollet on Entertaining the Planet With Pluto TV 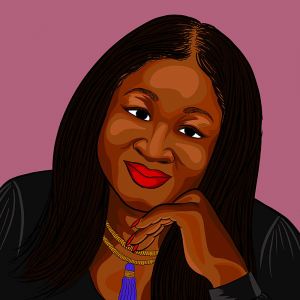 Creating an Inclusive Workplace at ViacomCBS 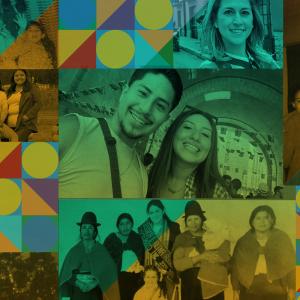 ‘It's Really Important to Live As Our Authentic Selves. That’s Pride.’