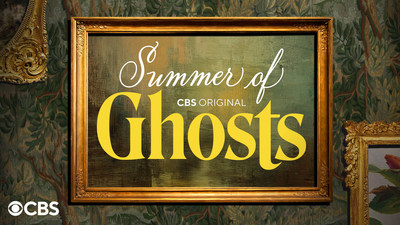 Each character will be honored with a distinctive "to die for" activation, bringing their individual worlds and stories into the here and now with a variety of in-person events, stunts and experiences. Fans will explore the lives (and afterlives) of the spirits, including Flower, a hippie from the '60s; Hetty, a Victorian society woman and wife of a 19th-century robber baron; Alberta, the saucy Prohibition-era lounge singer; Isaac, the 18th-century forgotten Founding Father; Sasappis, a sarcastic native from the 16th century; Pete, the upbeat '80s scout troop leader; Thorfinn, a Viking warrior from 1009; and Trevor, the slick, pantsless-for-eternity '90s finance bro. Also to be feted are Samantha and Jay, the present-day married "livings" who recently inherited Woodstone Mansion, the country estate inhabited by the spirits whom Samantha has the ability to see and hear. Adding to the intrigue, each activation will feature a limited-edition collectible character NFT, as well as gift cards for a month-long subscription to Paramount+ where viewers can watch GHOSTS' first season on demand.

As of mid-summer, fans from anywhere can also bridge dimensions between the living and the dead by virtually accessing the haunted grounds of Woodstone Mansion in a unique and easy-to-navigate Web3 GHOSTS experience. The metaverse will feature an additional release of the 10 character-specific exclusive collectible NFTs. Collecting all 10 will enable fans to unlock distinct experiences in the metaverse mansion, which will showcase the series' set in remarkable detail. The interactive experience will feature games and surprises as people explore the assorted rooms and grounds.

"It's exciting for us to bring our CBS Original comedy GHOSTS to life in ways that celebrate the characters of the show in creative, authentic and fun ways, all summer long," said Mike Benson, president and chief marketing officer of CBS. "We hope that fans of the series, as well as anyone who has never seen GHOSTS, will enjoy the experiences we've created and see why it's become the most popular new comedy on television."

The campaign sprang to life in a moment of surprise and delight during Paramount's Upfront Presentation at Carnegie Hall, as members of the series' cast performed a comical musical number in character, now available on more than 150 music streaming services worldwide (including Spotify, Apple Music and Pandora) as "GHOSTS: The Musical."

Next up for the activations in honor of each character are:

Season two of the critically acclaimed #1 new comedy/series and breakout hit GHOSTS will premiere in its new time slot at 8:30 PM on Thursdays on CBS this fall, with repeats airing throughout the summer. The entire first season is available to stream on demand on Paramount+. Sign up to get ViacomCBS’s latest insights, stories and solutions delivered straight to your inbox.