Program expanded from one to two years beginning this year 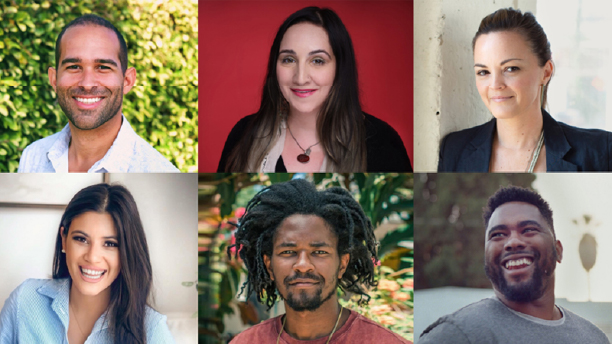 Now in its third year, the program has been extended from a one to two-year curriculum to give participants greater access and time to develop their skills and break into the entertainment industry. Participants receive mentorship and extensive professional development opportunities with experienced ViacomCBS network and creative executives, including the chance to shadow ViacomCBS TV directors on scripted and unscripted programming. They’re also provided with monetary support to assist in producing a project that further develops their portfolios.

“The mission of our ViewFinder Emerging Directors Program is to champion the next generation of storytellers and provide them the opportunity to hone their craft, connect to our extensive network of creative executives and bring their unique voices and experiences to the world of television,” said Marva Smalls, Executive Vice President, Global Head of Inclusion, ViacomCBS. “That’s why we’re excited to expand the program to two years beginning this 2021-2023 class and deepen our opportunity to nurture these talented voices in our industry.”

The below six emerging directors were selected for the 2021-2023 class from a pool of over 330 applicants: 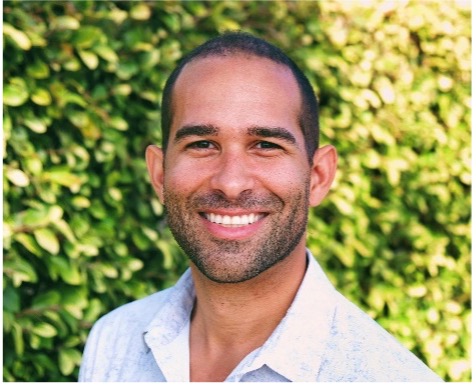 Andrew Reid was born and raised in Kingston, Jamaica. He is a DGA Award winning director and recent graduate from the USC School of Cinematic Arts. His award-winning projects have screened at Slamdance, CAA Moebius, Paramount Pictures, HollyShorts, LA Shorts and over 40 other film festivals worldwide. He was a director in the 2020 class of Film Independent's Project Involve and RespectAbility Summer Lab program. He is a recipient of the Easterseals Disability Services Fellowship and is represented by APA. 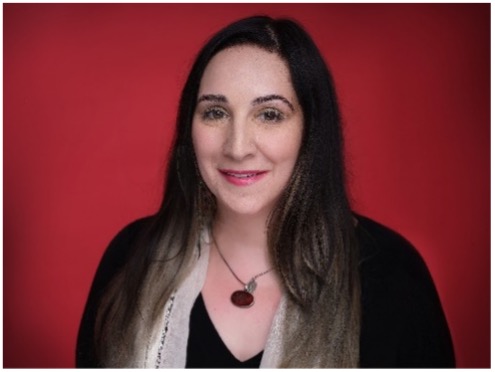 Parisa Barani is an award-winning Iranian American Canadian film director. She is slated to direct the upcoming features “Haram” and “Haji” and is in development for another feature based on Jennifer Blackmer’s play “Human Terrain.” Previously, Barani’s directorial debut “Ablution” screened at festivals worldwide, including Mill Valley Film Festival, Palm Springs International ShortFest and Diversity in Cannes Short Film Showcase. She is also a participant of the 2019/2021 Universal Directors Initiative and 2021 Creative Capital’s On Our Radar, as well as a recipient of the 2016 Tribeca Film Institute Sloan Grant and a grant from Neda Nobari Foundation. Barani has been shortlisted and a semi-finalist for the Sundance Screenwriters Lab, Sony Pictures’ Television Diversity Program, NBC Female Forward/Emerging Director program and Creative Capital Award. She’s a graduate of AFI’s Directing Workshop for Women and SITI’s Theatre Intensive Training at Skidmore College. 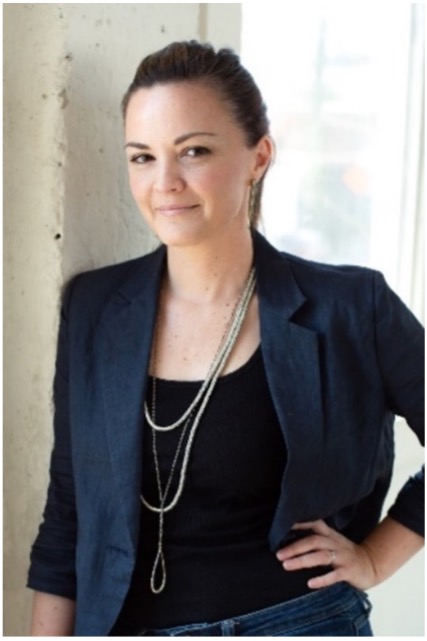 Born to an Indonesian father and a Polish mother, Soma Helmi is from Bali and directed all 20 episodes of Season 3 of Snapchat's original series “The Dead Girls Detective Agency.” Helmi began her career working as an Art Director for J. Walter Thompson in Jakarta. She’s also worked frequently with Catherine Hardwicke on features, including “Miss Bala” for Columbia Pictures and Misher Films, “Life Sentence” for Quibi, and as a creative assistant on Hardwicke’s Quibi Series “Don't Look Deeper.” Helmi’s work has screened at Sundance, Outfest and Amazon's New Voices Film Festival, among many others. She was named one of the "8 directors to watch" by the Alliance of Women Directors and was a participant in Blackmagic Collective's Future Women of TV 2020 initiative. She then went on to create and become the Program Director for Blackmagic Collective's Breakthrough Initiative for BIPOC (Black, Indigenous and People of Color) TV writers and directors.

Tiffany Kontoyiannis-Guillen is a Latina writer, director and producer. She is a published playwright, Miami Herald’s Silver Knight Winner, DGA winner, student Emmy Nominee and HBO Semi-Finalist, and has been recognized for her work in film. Most recently, she has been recognized for her short film, “Welcome Back,” which won several major festivals, including HollyShorts Film Festival for Best Live Action Short. Guillen is a Barnard College of Columbia University graduate, along with having earned her master’s degree in film production from USC’s School of Cinematic Arts, where she was selected to co-direct Warner Brother’s Voodoo Macbeth. She is represented by Gersh Agency and Rafterman Media. 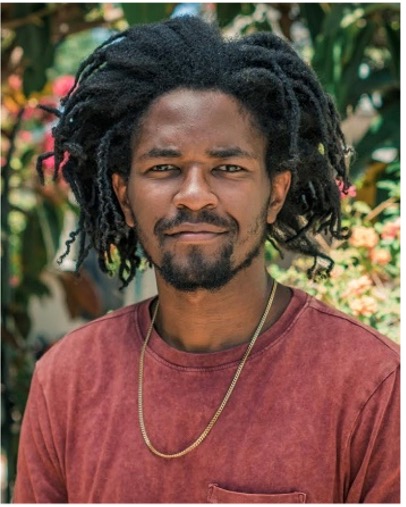 Tyler Davis is a director, actor and musician in Los Angeles by way of Chicago. He co-wrote and performed in the 2020 ViacomCBS Showcase and was a producer, editor, writer & director of photography for 2021. In Chicago, he co-wrote and starred in two main stage sketch comedy revues with The Second City Chicago, created online sketches for Comedy Central, and self-directed and starred in sketches for TOPIC. His work has been featured in Adweek and Cedrick The Entertainer's The Greatest At Home Videos. Currently, he's a Production Consultant and co-star on the Showtime series Work In Progress, and is developing an original comedic superhero series with his writing partner. He is a commercial director with TESSA Films and is seeking representation for narrative directing. As an actor, Davis is repped by DPN Talent in LA, Grossman & Jack Talent in Chicago, and managed by El Centro Management. 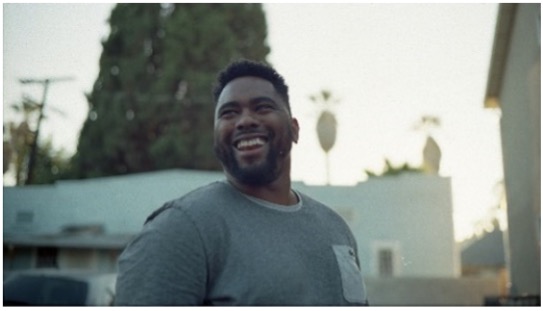 Xavier Burgin is an Emmy-nominated writer/director hailing from USC's School of Cinematic Arts. He’s the Director of AMC Network's Horror Noire: A History of Black Horror and Adult Swim's Juneteenth With Open Mike Eagle. Burgin received a Daytime Emmy nomination for his work on Giants, a TVOne series. He's a Sundance Fellow, HBO alumni, Ryan Murphy Directing Fellow, Berlinale Talent, and Student Academy Award semi-finalist. Burgin's written for Amazon Studios and The Discovery Channel, along with placing in the Academy Nicholl Fellowship's Top 50. A storyteller from the deep south, he aims to create adventure, legend, and myth – the type of worlds his younger self dreamed about in the rural heat.

ViacomCBS Inc. (NASDAQ: VIAC; VIACA) is a leading global media and entertainment company that creates premium content and experiences for audiences worldwide. Driven by iconic consumer brands, its portfolio includes CBS, SHOWTIME, Paramount Pictures, Nickelodeon, MTV, Comedy Central, BET, Paramount+ and Pluto TV, among others. The company delivers the largest share of the television audience in the United States and one of the industry’s most extensive libraries of television and film titles. In addition to offering innovative streaming services and digital video products, ViacomCBS provides powerful capabilities in production, distribution and advertising solutions.

Sign up to get ViacomCBS’s latest insights, stories and solutions delivered straight to your inbox.